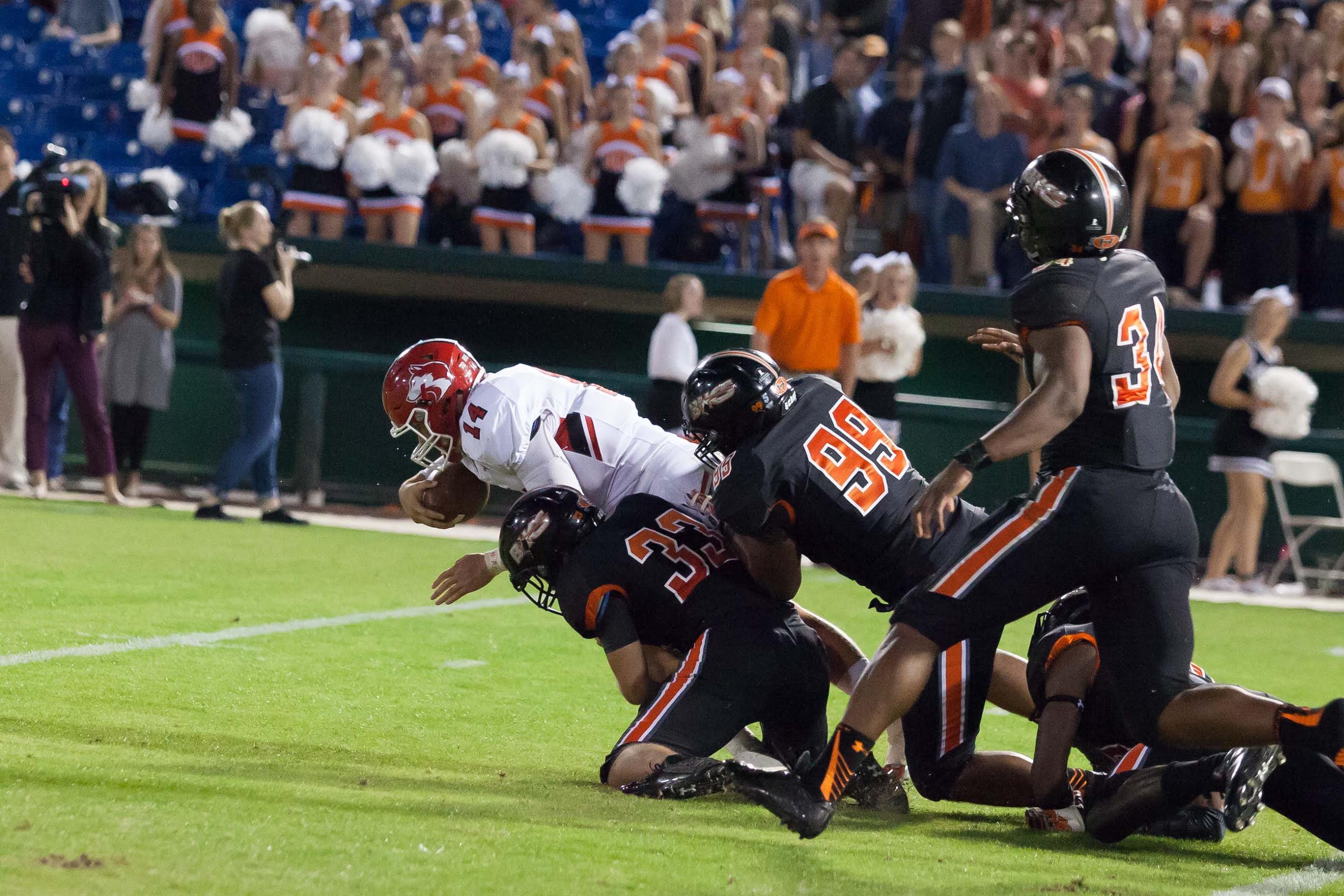 HOOVER — When it rains, it pours. Murphy’s Law was certainly on the sideline with Hewitt-Trussville Friday night because everything that could have gone wrong — did. The Huskies not only lost the game, a 38-0 shutout to Class 7A No. 7 Hoover, but in the process lost its starting quarterback. 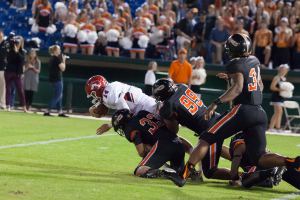 Quarterback Zac Thomas, the backbone and catalyst of the Husky offense had completed 5-of-8 passes and had three runs for more than 10 yards already in the game when he went down with an injury in the second quarter. The extent of the injury is unknown at this time, but he was carted off the field on a stretcher, and seemed to be in a great amount of pain.

From there, the Husky offense never found a rhythm, and Hoover kept piling on the points.

The Huskies converted just one third down in the first half.

On the opening drive of the game, Hewitt-Trussville seemingly stopped the Bucs, but a personal foul penalty allowed the drive to continue and three plays later Hoover was in the end zone. 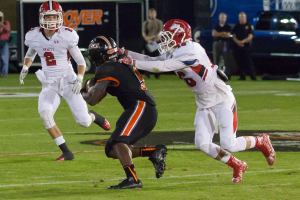 After giving up the touchdown on the opening drive, Hewitt-Trussville was forced over on downs, but stood strong defensively and forced a punt.

The ensuing drive began at the 9-yard-line, but a holding penalty pushed the Huskies back inside the 5-yard-line. Thomas answered the call, though. He connected on a pair of passes and combined with running back Jarrion Street to drive all the way to the Hoover 11-yard-line with a chance to tie the game. Floyd opted for a field goal attempt on fourth down, but Parker Colburn sent a knuckle ball under the crossbar and Hewitt came away with no points.

Both teams forced punts on the following two drives, but Hoover struck again in the second quarter when quarterback Christopher Vacarella ran in from eight yards out for a score.

The ensuing drive was when the wheels came off for both the offense and defense.

Thomas went down with his injury on the drive, and that left the team without its quarterback and its normal punter. Thomas’ replacement Davis Burgin threw an incomplete pass on the first play from scrimmage, and Hewitt-Trussville had to punt. When the Huskies punted, Hoover was ready. PJ Hall returned the punt for a touchdown and Hoover stepped on the gas. 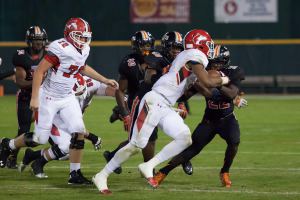 Hewitt got the ball back with just under two minutes to play in the first half, but couldn’t muster any offense, and Hoover head coach Josh Niblett saw an opportunity. He called timeout, forcing the Huskies to punt the ball, and it paid off. Hewitt’s punt went a total of three yards, and after taking some long passes to the end zone, the Bucs settled for a field goal to end the half and took a commanding 31-0 lead to the locker room.

Hewitt responded well coming out of the locker room, something Floyd said he was proud to see from his team.
“I thought we competed well in the second half,” Floyd said. “I am proud of our defense for doing that.”

Although Hewitt-Trussville never found the end zone, the offense moved the ball well on several drives in the second half, showing promise as the season moves forward.

Next week, the Huskies will have to face arch-rival Clay-Chalkville.