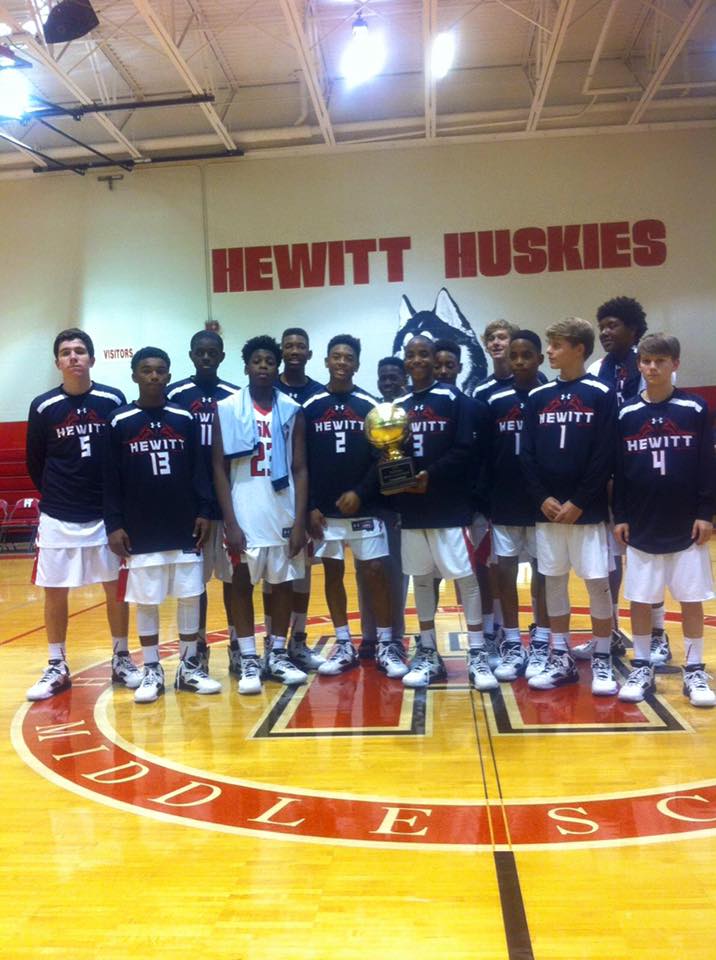 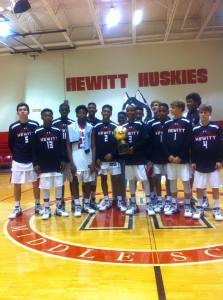 TRUSSVILLE – It was a dominating 3-0 effort that placed the championship hardware in the hands of Hewitt-Trussville Middle School basketball coach Shane Clay.

Clay’s 8th grade boys started both the tournament and the season with a 58-27 win over Jones Valley before downing Gadsden 58-28 to earn a birth in the tournament finals.

The Huskies didn’t slow in the championship contest, riding a 10-point effort by Evan Kirk to beat Rudd 47-38. Kirk got plenty of help from Seth Shelnutt, Jamyre Reese and Julian Collins who all dropped eight points in the finals.

Hewitt-Trussville got offensive production from several players throughout tournament play, but none produced like Malachi Moore. Moore averaged ten points per game, including a 15-point outburst against Gadsden.