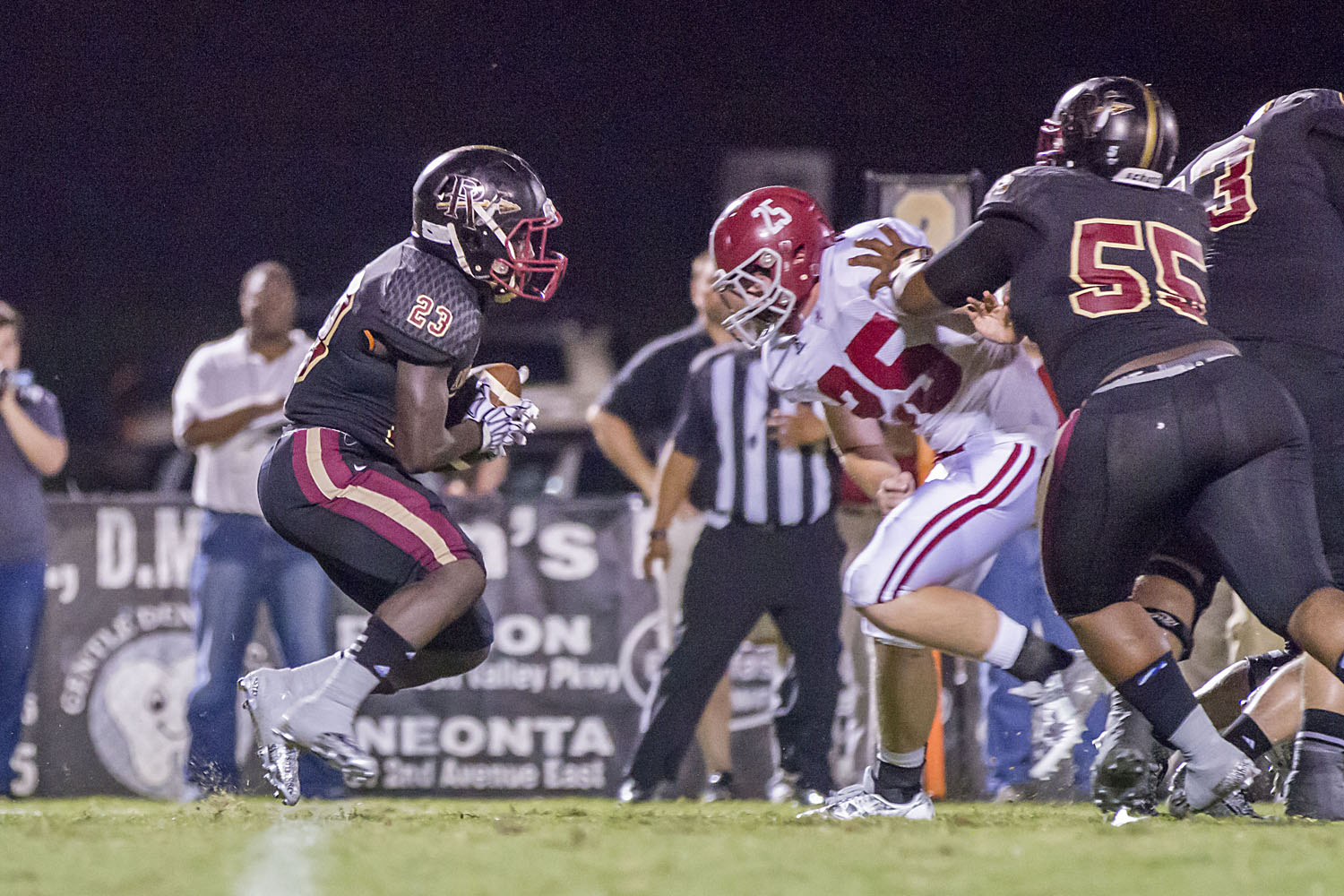 Pinson Valley running back Torrey Hendrix is considered questionable for the Indians’ first round game at Austin. Photo by Ron Burkett

DECATUR – Before the season, Pinson Valley head coach Matt Glover had a message for his team. 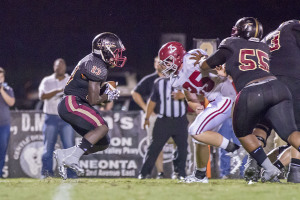 Pinson Valley running back Torrey Hendrix is considered questionable for the Indians’ first round game at Austin. Photo by Ron Burkett

“Our goal is not to make the playoffs. That needs to be an expectation for us now. We want to get past the second round of the playoffs. We just have to do things right on our end to make sure we get there.”

This message was delivered to the team following the Indians’ spring game against Mortimer Jordan earlier this year. Pinson Valley has made the AHSAA state playoffs in each of the past six seasons under Glover, never advancing past the second round.

In order to accomplish the feat this season, the Indians will have to do so on the road against a tough Austin team.

“They’re big, physical, and a good football team,” Glover said of Austin. “We’ve got our work cut out for us.”

The Black Bears are riding a 5-game winning streak into the postseason, and have done so behind a potent offense that averages 32 points per game. Austin clinched the second seed in Class 6A, Region 8 with a win over Hartselle, a team Pinson Valley also defeated to begin the season.

Pinson Valley lost in the first round a year ago to Southside-Gadsden, 14-10, and holds a 3-5 playoff record over the past five seasons. Minor snapped the Indians’ 4-game winning streak last week.

Running back Torrey Hendrix has not played in seven weeks, and it is unclear whether he will be able to suit up for the game. If he can, it would be a tremendous lift for an offense that has leaned heavily towards the pass in recent weeks.

The game at Shorty Ogle Stadium has been moved up to Thursday night due to weather concerns. Things are going to have to fall right for Pinson Valley to pull off a victory, but it is now playoff time and anything can happen.

Stay tuned to this bunch.