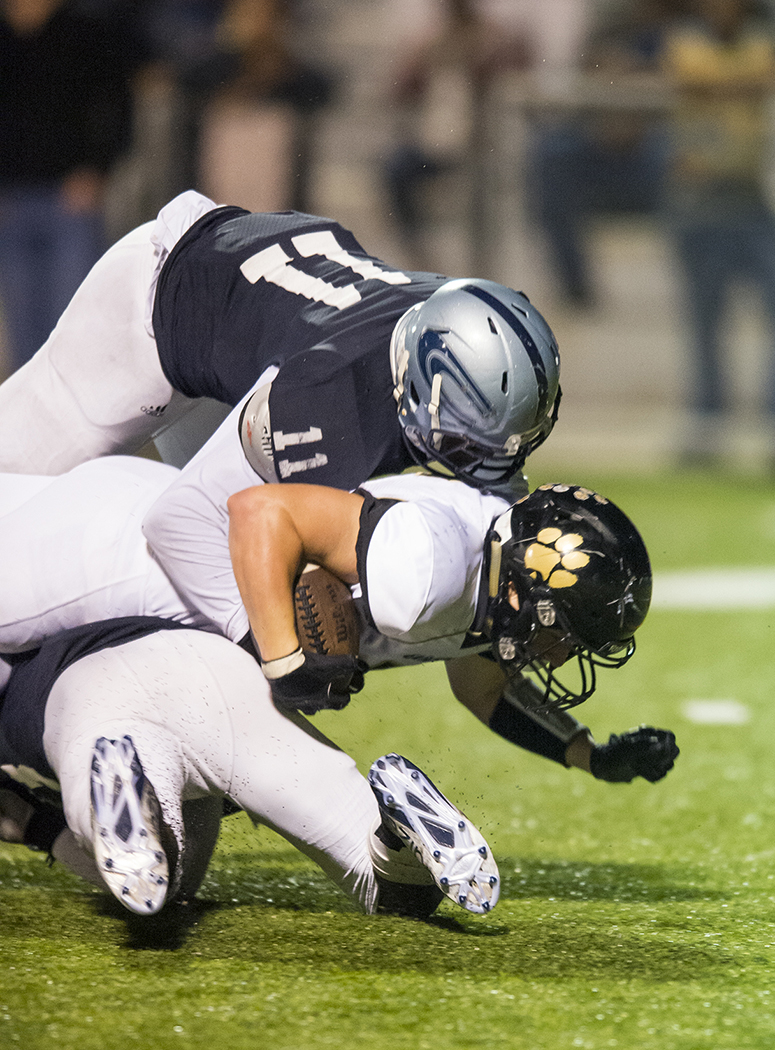 Big first half pushes Cougars into 2nd round

CLAY – The transition from regular season to postseason was made this week, but nothing changed for top-ranked Clay-Chalkville (11-0).

The Cougars looked like themselves on Thursday night in front of a home crowd that watched head coach Jerry Hood’s team dismantle its 26th consecutive victim – Class 6A, Region 8’s No. 4 seed, Cullman. 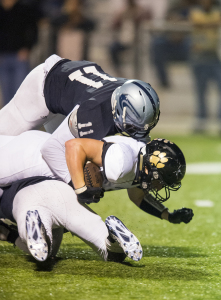 Clay-Chalkville put the contest out of reach early, and marched on to a 48-14 final to reach Round 2 of the 6A state playoffs. The winner of Lee-Huntsville at Homewood (8-2) awaits next week.

The winner will get a swing at Hood’s potent offense, which was held under 50 points for the first time in seven games on Thursday night. However, Clay-Chalkville’s defense rose to the occasion.

After surrendering an eight-play touchdown drive on the visitor’s first possession of the evening, the Cougar defense tightened up. Cullman’s Ethan McMinn took a toss sweep on 3rd-and-3, made a cut up field and turned it into a 25-yard scamper to the end zone. They wouldn’t score again until late in the final frame on a reserve Clay-Chalkville defense.

“It was just a mindset thing,” said Clay-Chalkville linebacker Kenyon Hasberry. “We just had to (get right mentally) and throughout the game we carried on and did good. We fought hard and did the best we could do.”

Hasberry and the defense didn’t flinch following Cullman’s early touchdown strike, as they had full confidence in their ability to get stops and their offense’s ability to strike quickly.

“I gives us confidence, because even though we might give up a touchdown, we know our offense can contribute and score another touchdown, so we can go out and hold our end up and we’ll be good,” said Hasberry.

While the defense was holding up its end of the bargain, quarterback Ty Pigrome and the offense was marching up and down the field. Pigrome went to his two standout receivers – T.J. Simmons and Nico Collins – often in the first half, building a 38-7 halftime advantage.

The righty broke the huddle at Cullman’s 41-yard-line with 1:31 remaining on the first half clock and needed only three throws to reach the blue paint. He fired two quick completions to Collins and went the remaining 15 yards on a dart to Simmons over the middle with 0:52 remaining in the second quarter.

“You’ve seen that three or four times this year. We’re calm, Stuart (Floyd) does a great job of calling (the two-minute offense) and our kids execute,” said Hood of the late score.

Pigrome’s first two scores of the evening went to Collins. The pair converted a 3rd-and-8 with an 18-yard touchdown on the opening drive of the night, and dialed it up again with a 17-yard teardrop into the left corner of the end zone.

Running back A.J. Walker kept his hot streak going with a two-touchdown performance. He powered his way into the blue paint twice. First, from two yards out, and the second was a 23-yarder full of stiff arms.

Even when the Bearcats got Clay-Chalkville into third down situations, they couldn’t get their defense off the field. The hosts converted seven of its ten third down scenarios.

Senior kicking specialist Andrew Van Winkle stood out in his two field goal opportunities. He connected on a 46-yarder in the first half and a 29-yarder in the second.

Several young players got reps in the second half, but Pigrome found time for two more completions. The last of which was a 74-yards catch-and-run to Simmons for the final Cougar score of the game.

Simmons finished with eight catches for 172 yards and the two scores. Pigrome went 16-of-23 for 275 yards and four touchdowns. Collins cought all five of his balls in the first half for 72 yards and two scores.

“I saw he (the quarterback) was scrambling away from pressure, so I tried to stay in my zone and I was right there for the pick,” said Battle.