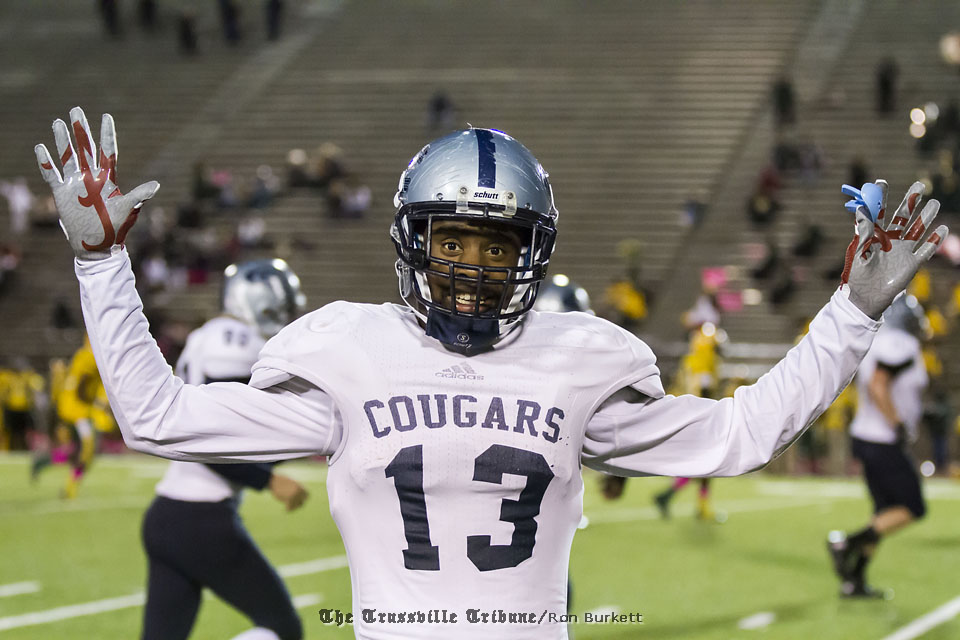 Week 11 Tribune Players of the Week 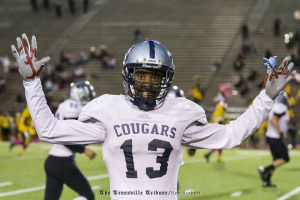 With sophomore quarterback Davis Burgin making his first career start, Hewitt-Trussville looked to its Ole Miss commit to spearhead its offensive attack. Jarrion Street showed his SEC pedigree, carrying the ball 26 times for 171 yards and two touchdowns against Clay-Chalkville. He gave the Huskies their first lead of the contest with a 75-yard stroll down the home sideline shortly after teammate Grayson Cash went 79 yards to the end zone. Street is awarded by Erik Harris.

Video: Tribune Players of the Week.

For the Cougars, it was another SEC bound senior making noise that’s been heard by countless college coaches. Wideout T.J. Simmons, an Alabama pledge, was not to be covered by the Hewitt-Trussville secondary. He scored three times in the first half. The first on a 45-yard crossing pattern and the second he secured in traffic on a 34-yard heave to the end zone. Simmons finished the night with six receptions for 130 yards and four scores. He is awarded by Erik Harris.

Pinson Valley’s two-way standout, Jay Woods, has garnered his second Player of the Week award in a loss to Minor. The South Alabama verbal reached the end zone on a 50-yard punt return, aiding a sluggish offensive night at Willie Adams Stadium. He also struck at the defensive end, pulling down an interception that halted a scoring opportunity for the guests. Woods is awarded by Kyle Parmley.