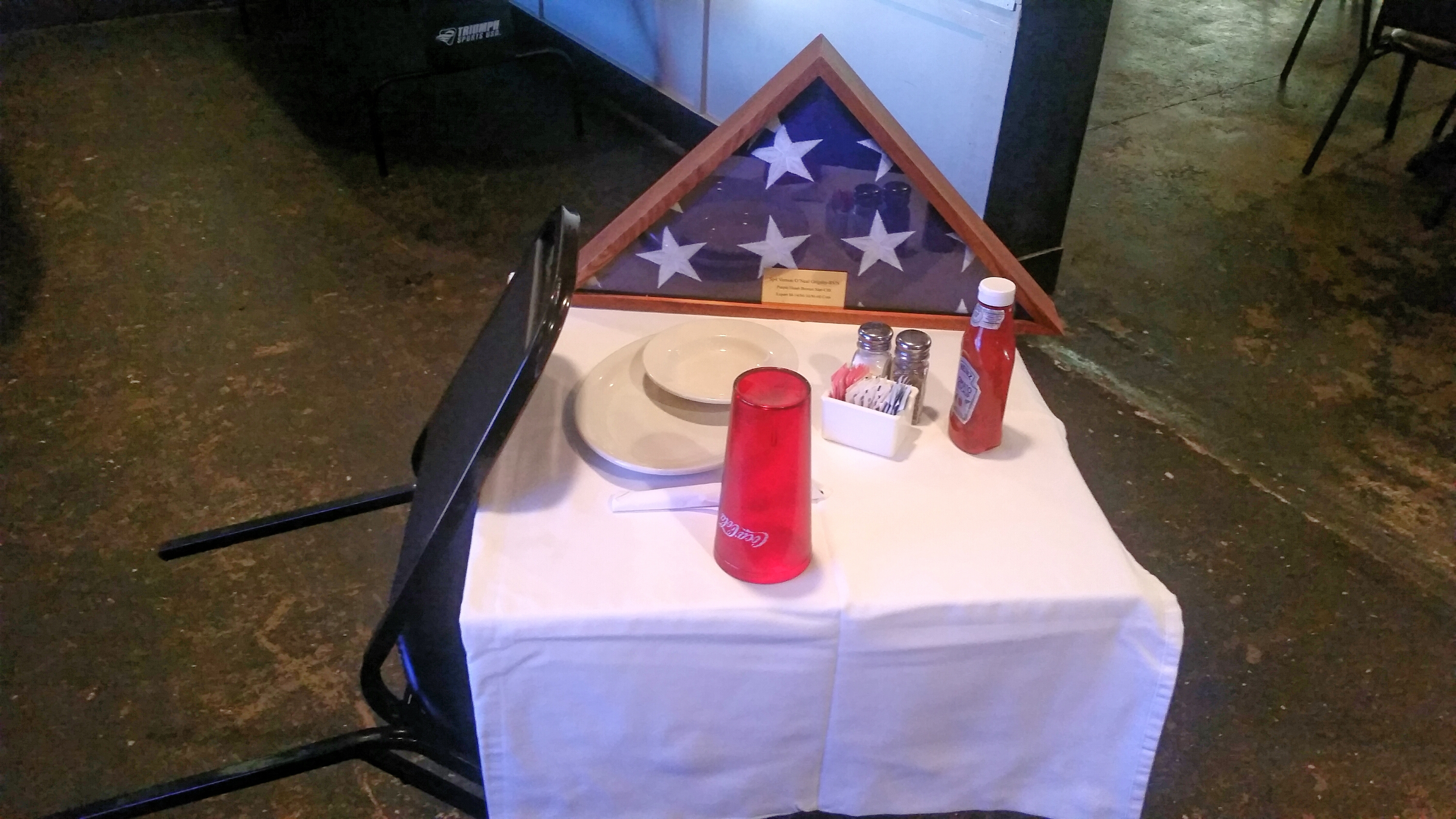 A Missing Man Table is set up at The Shack on Chalkville Mountain Lane in honor of James Grigsby's father, who was a decorated Vietman War veteran, as well as for all other veterans who have lost their lives in battle or since returning home. Photo by Chris Yow 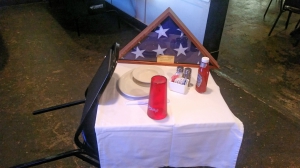 A Missing Man Table is set up at The Shack on Chalkville Mountain Lane in honor of James Grigsby’s father, who was a decorated Vietman War veteran, as well as for all other veterans who have lost their lives in battle or since returning home. Photo by Chris Yow

Scott Vining, who served in the United States Army, said Veteran’s Day means to him a day of remembrance for those who fought and those who ultimately died serving the country in war times.

He said his grandfather fought in Iwo Jima during World War II, and had two uncles fought in Vietnam.

“They all made it home,” he said. “It’s important for people to remember individuals who dedicated their lives to protecting this country, the people in it, our Constitution and our way of life.”

Larry Clark said, “Veteran’s Day means to me that special day when we honor those brave men and women who have served this country with honor, pride and many gave the sacrifice of shedding their blood,” he said. How do we say thank you? How do we repay them?How do we remember them?”

Clark recalled when his father returned home from World War II, and how proud he was of his father.

“I was so proud of him in his Army uniform, knowing that he fought for the red, white and blue Third Army. I did not understand what war really was all about and I did not know about soldiers dying on the battlefield, but I know this, that day has remained with me for over 70 years.”
Cark later served himself, along with his three older brothers.

James Grigsby, of The Shack Bar and Grill in Trussville, sets a Missing Man Table each year for Memorial Day, but also for Veteran’s Day to honor not only those who died fighting for the country in battle, but also those who have passed since returning home, including his father who won two purple hearts and a bronze star while serving. He died in November 2013, one day after driving in the Oneonta Veteran’s Day parade. His restaurant will also offer a free regular burger or cheeseburger to veterans on Wednesday.