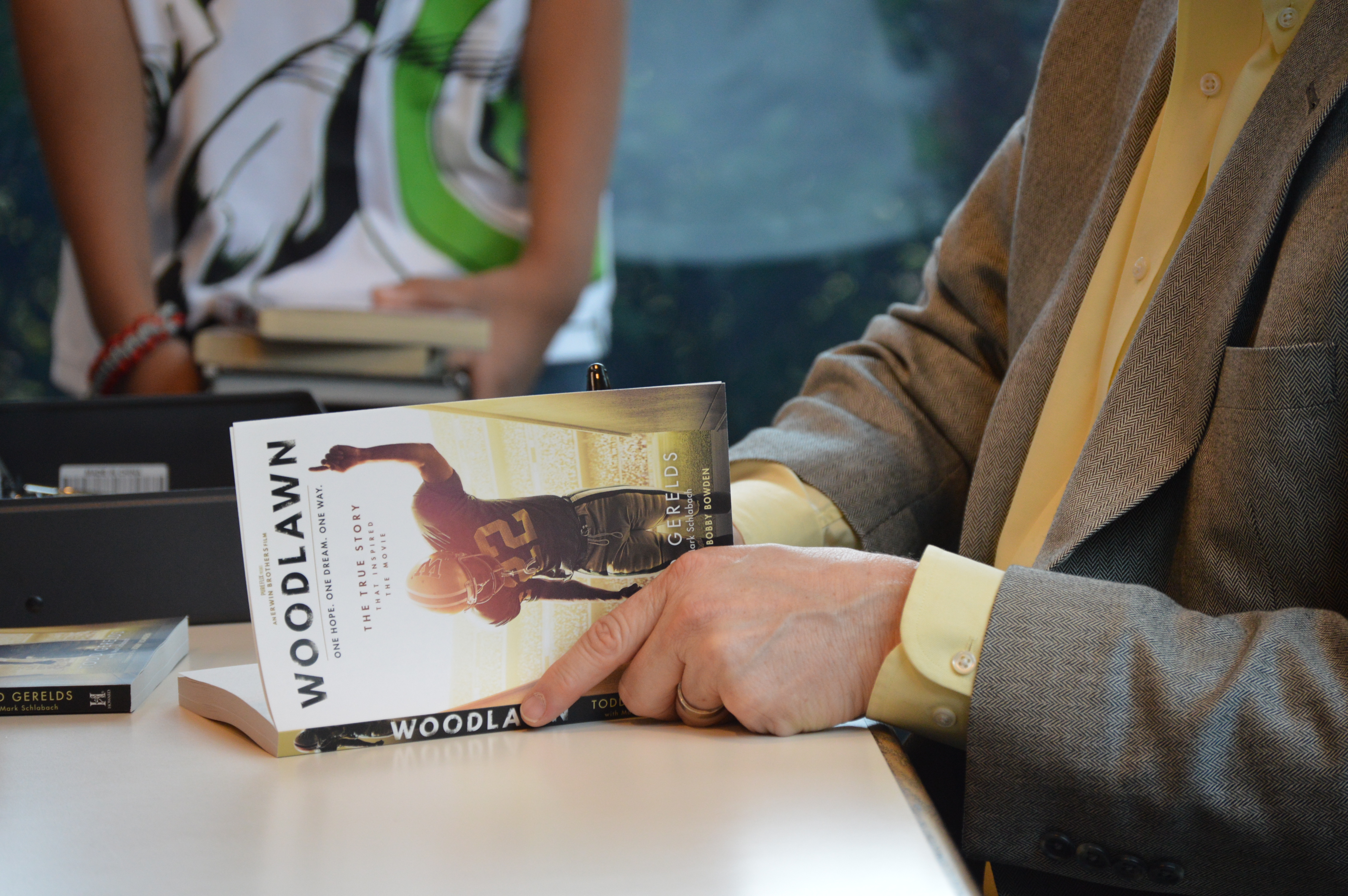 TRUSSVILLE — A little known fact about “Woodlawn” author Todd Gerelds, son of Tandy Gerelds, is he spent much of his childhood in Trussville. He recently spoke at the Trussville Public Library about his book, and many of those in attendance were gathering hugs and smiles while he signed a copy of his book. 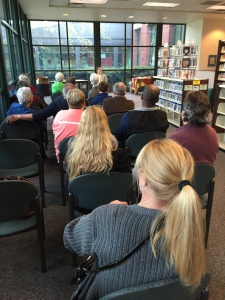 The Gerelds moved to Trussville when Todd was only a third grader. He spent the next seven years here while his father was out of coaching.

“I went to Trussville Elementary up on the hill above where the old high school was. Mr. Eubanks was our principal. Coach Parker was our coach in junior high,” Todd said.

He also played one year under legendary coach Jack Wood.

While growing up in Trussville, many friendships were forged and lifelong connections were made for Todd. He recalled making friends with five classmates, with whom he is still friends today.

“ For me, the friendships I developed with those guys are still strong today. I can tell you what they’re all doing now,” he said. “The school was amazing; the values they instilled in us were something strong. We prayed, read the Bible, said the Pledge of Allegiance. Stuff that would get you fired if you did it today.”

Those relationships have lasted and even the memories from those times resonate with Todd.

“I remember all my little girl friends and guy friends; we really had a good time here,” he said. “I lived off Roper Road and we would camp near our neighborhood. Rain, snow, sleet or shine, we were out there. It was kind of Mayberry-esque. It was a simpler time. We weren’t entertained by the television or the internet; we played kick the can or neighborhood chase. We enjoyed being kids.”

The spiritual guidance Gerelds received while attending First Baptist Trussville was also something he retained throughout his life.

“Arthur Payne taught my Sunday School class and he was significant in terms of my spiritual life,” Gerelds said. “My aunt and uncle Tommy Johnson and Marcia Johnson, who still live in Argo, still pray for me to this day. A lot of people really had a real impact on me because they invested in my mom and dad, and helped keep them spiritual.” 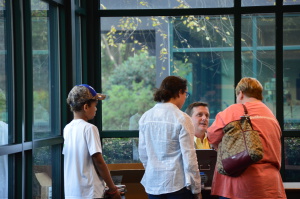 Todd Gerelds speaks with fans who came to purchase his book and have it signed. Photo by Maura Daveis

Another influence was Mike Sanders, an assistant coach under Wood at Hewitt-Trussville.

“I can remember there was something different about him. He was a tough disciplinarian, but he was always there to help if we needed someone. He had a real positive influence on me,” Gerelds recalled.

After leaving Trussville as a high school sophomore, Gerelds and his dad moved to Tuscumbia where Tandy became the head football coach at Deshler High School.

In the early 2000s, Gerelds was diagnosed with brain cancer while coaching at Belmont High School in Belmont, Miss. It was around the same time Gerelds began wondering about telling the story of the 1973-74 Woodlawn football teams.

“I started recording conversations with him. If you’ve seen the movie, there is a little boy who plays me, so I was around all of this as a child. I never forgot it because I didn’t leave it. It wasn’t something I saw and thought about 20 years later and wrote the book. No, I saw it and I lived with my dad and I heard the story all the time, kind of like oral traditions,” he said.

In 2006, then-fledgling filmmakers Erwin brothers, sons of Woodlawn chaplain Hank Erwin, called Gerelds and they agreed the story needed to be told, although nothing of note came from that conversation. 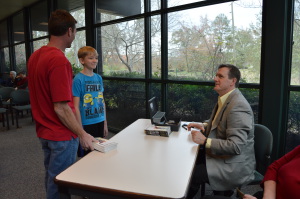 “We just kind of left it there,” Gerelds said.

It was five years later when again the two parties spoke and decided the story needed to be told.

“So, I went and talked to them and they filmed me telling the story for about two hours. They asked questions and we kind of got it all fleshed out, and they slid a contract across the table and told me it was the book rights to their movie. They said they wanted to do the movie, and base it off my book. The only problem was I hadn’t written the book yet,” Gerelds laughed.

Despite not having written the book, Gerelds had all the information he needed, and with movie rights reserved already, shopping the book to publishers was not as difficult as many authors have gone through with their first work.

Gerelds’ wife is also an author, who writes devotional material for young girls, and told him, “You don’t know how much of this is God. You have a movie made about your book before it’s even written.”

Gerelds said he is not surprised by the reaction to the movie or the book, and he is proud he was able to tell the story. The book is available on woodlawnthebook.com and the movie is still in several area theaters.

“Woodlawn” author Todd Gerelds was recently on Tribune Sports Live. His interview can be seen here: