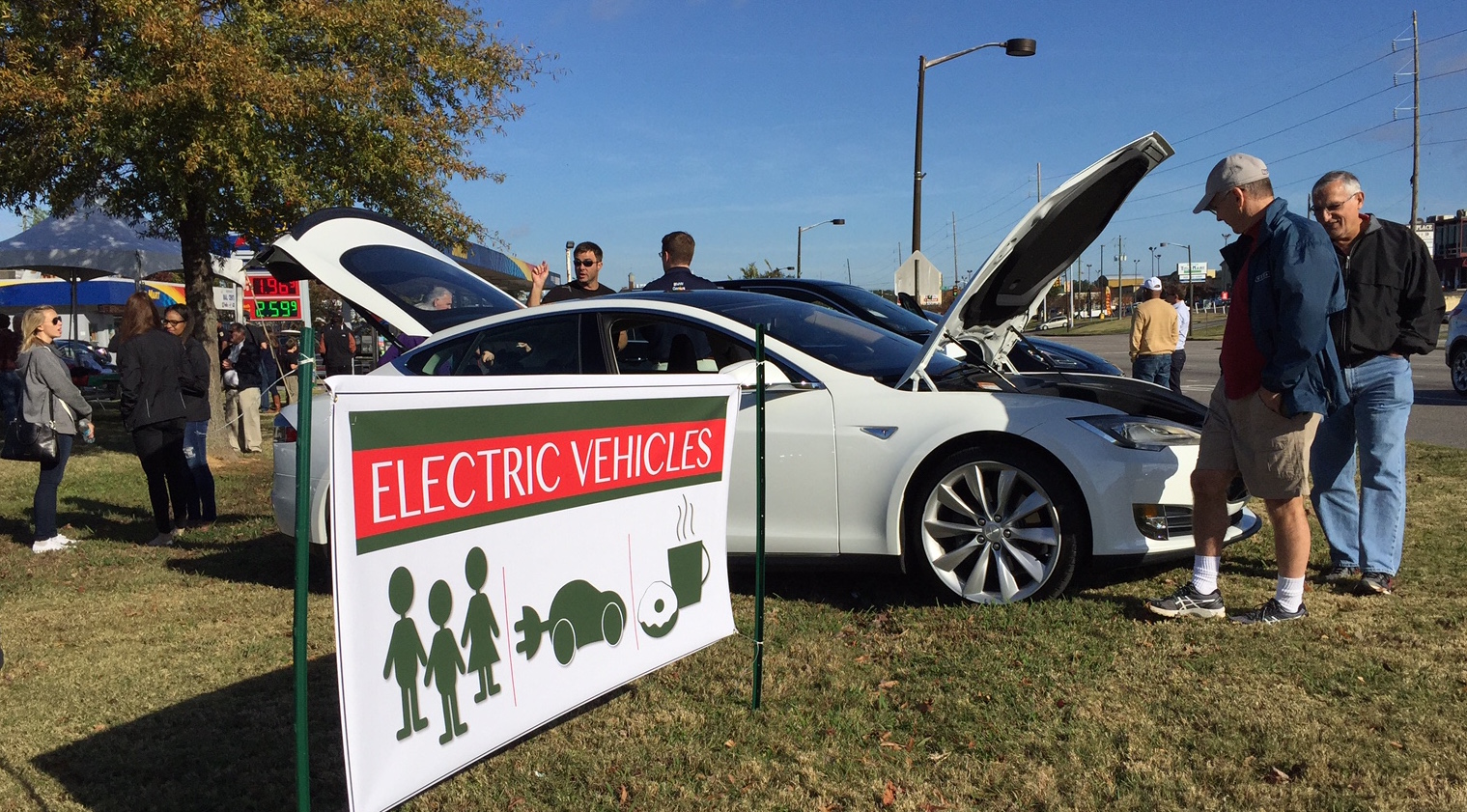 Electric vehicles are shown at a weekend event in Hoover. Submitted photo

HOOVER — The Alabama Clean Fuels Coalition was host Saturday to consumers interested in a new brand of automobile technology at their premier electric vehicle event. Consumers who are interested in better fuel economy and reducing the country’s dependence on foreign oil were on hand to get a look at a number of different electric vehicles. 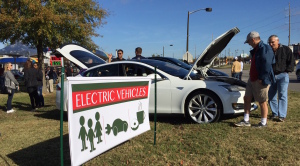 Electric vehicles are shown at a weekend event in Hoover. Submitted photo

ACFC Executive Director Mark Bentley was joined at the event by representatives from Alabama Power and several local car dealerships who were showing off their offerings of electric vehicles.

Examples of some of the vehicles on hand are the Porsche Cayenne SUV, the BMW i3, the Nissan Leaf, Cadillac ELR, Chevy Volt and the Tesla Model S.

“We were very pleased with the great interest and questions we were able to answer and the new friends we were able to make,” Bentley said following the exhibition that drew scores of interested EV fans. “We were especially happy to showcase these EVs that are becoming more popular and more affordable in our state.”

“There is no doubt about it, that if we at Alabama Power say we want to educate and inspire our customers on the adoption of plug-in electric vehicles, we have got to walk the talk,” he said. “A few things we are doing to spur this growth is offering rebates to customers purchasing or leasing (electric vehicles) and a discount on their electricity during overnight hours. We also offer a partial rebate on station installation costs for commercial customers that install electric-vehicle charging stations.”

Among the vehicles present at the event was the BMW i3.

“BMW i series is a comprehensive and ground-breaking concept for sustainable mobility,” Jason O’Quinn of Tom Williams BMW said. “The i3 is a visionary electric vehicle that proves that BMW thrills with its innovative vehicles.”

According to the Electric Drive Transportation Association, electric vehicle sales in 2015 are on par with last year. A total of 118,773 electric cars were sold in 2014, and through Oct. 2015, 90,941 electric vehicles have been sold.

While at the EVent consumers interested in forming a Birmingham EV Club signed up for further information. The Alabama Clean Fuels Coalition is in the early stages of organizing a plug-in electric vehicle owners club to provide an opportunity to EV drivers, their families and others interested in EVs to network and share experiences.

According to Bentley, “Today, plug-in electric vehicles are ready to compete with – and complement – the internal combustion engine-based technology that currently dominates the U. S. market. On a national average, it costs less than half as much to travel a given distance using electricity compared to gasoline or diesel. Plus, electric vehicles help keep our town and world clean as they produce very little harmful emissions. Also, Plug-in electric vehicles help make the United States more energy independent as all electricity is ‘made in the USA.’”