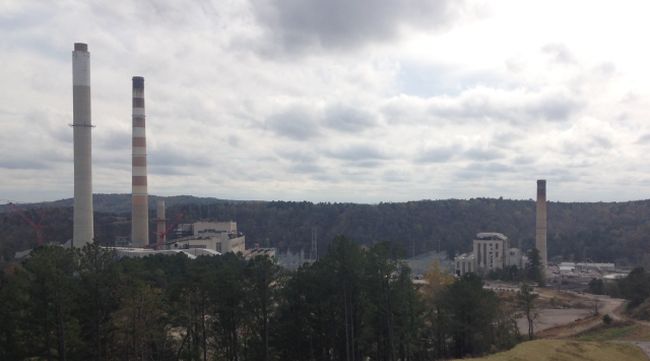 The closed unit at Gorgas was reliable, but lacked the environmental controls that coal-fired power plants must now have to meet the latest federal regulations. Photo via Alabama NewsCenter

It’s quiet inside the steel and brick building that houses Plant Gorgas Units 6-7 in Walker County. Except for the low buzz of a few light fixtures, the once-familiar roar of the turbines and the rumble of coal pulverizers have ceased – and won’t be heard again.

The same is true at Plant Barry in Mobile County, where Unit 3 has produced its last megawatt of power. 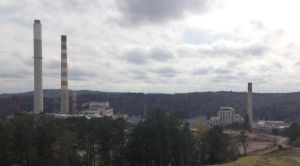 The closed unit at Gorgas was reliable, but lacked the environmental controls that coal-fired power plants must now have to meet the latest federal regulations. Photo via Alabama NewsCenter

But increasing federal environmental regulations finally spelled the end for these units, which the company has now officially closed permanently.

“From a reliability standpoint, Gorgas 6 and 7 were top of the line,” said Billy McKay, an operations team leader at Gorgas. “They were really great units.”

McKay recently conducted a tour of Gorgas 6 and 7. The control room that once was occupied 24 hours a day is now empty. The cavernous space where the turbines remain is now serving as a temporary storage location for plant equipment and supplies.

Although the closed units at Gorgas and Barry were reliable, they lacked the full suite of environmental controls that coal-fired power plants must now have to meet the latest federal regulations. With the deadline looming to add costly technology or close the units, the company chose the latter.

“Frankly, as hard as it is, when considering options for these three units, closing them was the most cost-effective choice for our company and for our customers,” said Jim Heilbron, Alabama Power senior vice president and senior production officer. Closing the units also helped the company end a longstanding legal dispute with the federal government related to environmental regulations.

Meanwhile, the company is spending about $1 billion at other units around Alabama Power’s system to comply with the latest environmental regulations. This is on top of about $3 billion the company has spent over the past dozen years complying with previous environmental mandates.

The current, ongoing expenditures include adding additional controls at the three remaining coal units at Gorgas. Indeed, just a few hundred yards from now-silent Gorgas 6-7, the company is completing work on a new baghouse for Gorgas 8, 9 and 10, at a cost of about $375 million. The baghouse is designed to remove additional particulate matter as well as tiny amounts of mercury from the units’ emissions. Another baghouse, for Unit 5 at Plant Gaston in Shelby County, is also nearing completion.

At Plant Barry, the tightening regulations are also forcing the company to cease using coal at Units 1 and 2. Instead, the units will be available going forward, on a limited basis, using natural gas. 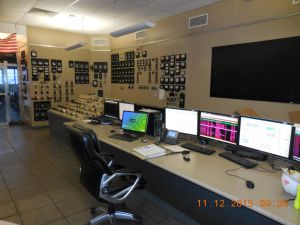 Natural gas also was the most cost-effective choice for meeting environmental regulations at Plant Gadsden. That plant ceased using coal earlier this year.

The company also is adding natural gas capabilities to four coal units at Plant Gaston, and to both coal units at Greene County; all six units are expected to stop using coal next year.

In all, the company is reducing the number of coal units from 23 to 10 because of federal environmental mandates.

“These regulations are forcing us to make costly changes in how we generate electricity for our customers,” said Matt Bowden, Alabama Power’s vice president of Environmental Affairs. “And there are more regulations coming.”