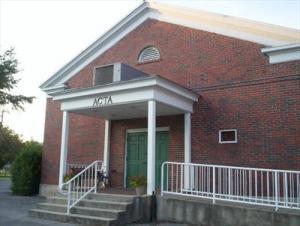 ACTA to hold auditions in January for upcoming production

TRUSSVILLE — ACTA Theater in Trussville announces auditions Jan. 4-5 at 7 p.m. at the theater for their winter production, “Lost In Yonkers” by Neil Simon, directed by Angie McGowan. Roles are available for two teenage boys, two men, and three women.  All actors will read from the script. Resumes and head shots are optional.

Jay – 15-year-old (male) The death of his mother forces him to be more mature than he is ready to be when his father leaves him and his younger brother with his family so he can sell scrap iron during World War Two.

Artie – 13-year-old (male) Jay’s younger brother. More of an observer than the rest of his family, he often goes with the flow of things, but also can be a little childish.

Bella – 35-year-old (female) Jay’s aunt. She is sometimes a bit off-center and is mentally challenged, but despite this she is also loving and protective of her nephews.

Louie – Late 30s (male) Jay’s flamboyant, jovial uncle who comes to live with the family when he is hiding from the local mob. He is considered by Grandma Kurnitz to be the “survivor” of the family. He works as a “bag-man” for the mob.

Grandma Kurnitz – 70s-80s (female) Jay’s grandmother. She is a very old and stern woman. Owing to her harsh childhood, she has always been very intolerant of what in others she calls “weaknesses”. She is blunt, sometimes even in a funny way, and always knows what is going on with the people around her. Originally played on Broadway by Irene Worth.

Eddie – Late 40s – Early 50s (male) Jay’s father. After the death of his wife, he is forced to send his two sons to live with their grandmother, while he repays his large financial debts. He is shown to be, much like his sisters, a nervous wreck around Grandma.

Gert – 40s (female) She is Jay’s aunt, and Grandma’s daughter. She is a very interesting addition to the family. Her most noticeable issue is that when she breathes she has a tendency to suck in while still speaking, as a result of trauma instilled in her by Grandma from a young age.