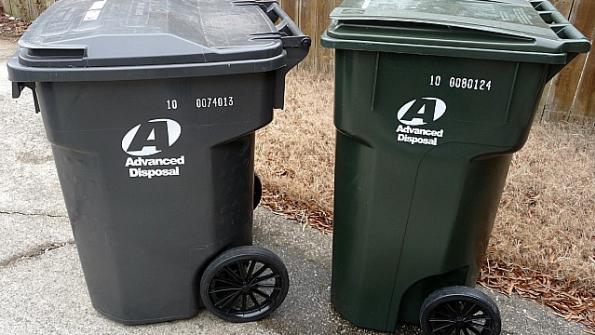 PINSON — Several residents in the cities of Pinson and Trussville have voiced concerns recently of issues with the garbage service offered. Advanced Disposal, who is contracted through both cities to provide waste, recycling and debris pick up services, has consistently failed to do such in many instances according to several residents. 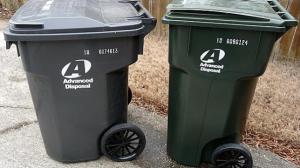 Residents have complained to The Tribune of inconsistent service and poor customer service.

“We frequently have trouble with skipped pickups. Friday seems to be the worst. They’ll go along OK for a while and then skip us for a few Fridays,” Pinson resident Alma Moore said. “My husband calls on Monday, but there’s not much they can do at that point since our other pickup day is Tuesday. They have credited us for the skipped days in the past, but seem reluctant to do so now.”

Other residents with issues, mainly in the Pinson area, center around recycling pick up. Residents are unsure when the recycling is supposed to be picked up by the company, and for some that can be frustrating.

Advanced Disposal’s Municipal Sales Manager Gentry Shows said recycling pick up seems to be the biggest issue with the city of Pinson, and his company is working to correct those issues.

“We’re trying to get some continuity out there. We’re keeping the same supervisor out there, and meeting with the mayor and some of the city people. We have a great relationship with them. We’re working with them closely to improve. They’re trying to help us every way they can, they’re not ignoring anything that comes up,” Shows said. “They’re kind of on our backs, too, demanding that we make sure we get it right. It’s not that nobody is paying attention, it’s just that we want to get it taken care of. We want to do the right thing.”

Shows said the company alternates weeks on picking up yard waste or debris and picking up recycled cans.

He also said there were some issues, and said the company takes responsibility for much of the problems.

“I’ll admit we’ve made some mistakes out there because we’ve had some trouble finding some of the homes. We have had some issues,” he said. “In Pinson, it is a challenge because you’ve got so much area. You’ve got some that aren’t in the city of Pinson and some that are mixed in with the city of Clay, and Center Point on the other side mixed in. It’s caused some growing pains for us.

“We try to train drivers on the routes and get them up to speed, but they certainly can,” he said.

What can residents do to ensure timely pick up? Shows said to follow these simple steps, and his company will do the rest.

Additionally, he said, “It’s good if it’s bagged. It keeps garbage from blowing away. If the garbage and the recycling is bagged, it makes it cleaner and makes a better appearance for the city.”

Customer Service Manager Darcy Godwin said this Thursday, Dec. 3, will be recycling pick up and next week will be for yard debris. The pick up will alternate each week in Pinson. Customer service can be contacted at either 205-640-7000 or 800-333-7736.

In Trussville, the company said the city prefers for customers to contact them directly in the case of missed pick up or any issues. The number to contact in Trussville is 205-655-7478.