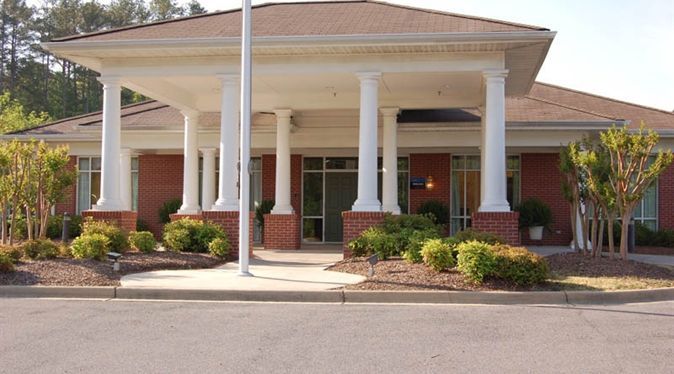 TRUSSVILLE — Golden Living Centers in Trussville will be closing its doors due to several major deficiencies including a sexual assault and, according to the last report, the “staff continues to put residents at risk for injury by not using mechanical lift equipment correctly.” 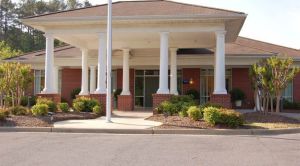 According to Alabama Department of Public Health records, the sexual assault occurred in 2014, and involved two female patients and one male, who was the son of one of the patients.

The facility has been a part of the Centers for Medicare and Medicaid Services (CMS) Special Focus Facility list since February of 2012 according to Dr. Walter Geary, Director of the Bureau of Health Provider Standards.

“We’ve been surveying this facility since 2012, and we’ve given them a lot of opportunities to correct their deficiencies and get out of the special focus program. They have not actually managed to do that, and they’ve had some serious deficiencies along the way,” he said.

“Last year, there was a citation, and it had to do with a sexual assault, and failure of the CNA to appreciate this was a dangerous situation for one resident and her roommate,” he said, but concluded the incident had very little to do with the overall progress made by the facility. The recommendation was to allow the facility to continue to operate.

A complaint in October, however, sparked an investigation into an injury. The investigation learned a different CNA failed to follow policies and procedures in terms of using a lift.

“If you think about it conceptually, this was another CNA who was trained, supervised and supposed to know what to do, failed to do what she was trained to do. It’s consistent with the previous citation. We cited them on this, and recommended that they be terminated from the provider agreement from CMS,” Geary said.

The facility will close just after the first of the year, according to administrator Maria Ephraim. The center notified guests and their families they must be out of the facility by January 7, 2016.

The length of time given to move the patients is a federal mandate, according to Geary, although those with family members were unhappy with that response.

“It’s a federal mandate in the Social Security Act that they get 30 days to continue the funding from Medicaid to the nursing home to facilitate the transition of the residents to a new place,” Geary said.

In a meeting Tuesday, one family member of a resident was vocal about how the news was broken to the families and the lack of communication prior to the shut down.

Kathleen Marino, whose mother, Alice McCallister, is a resident of Golden Living, described the meeting as cold.

“Everybody gathered at this meeting to gather facts as to why it closed, as to why we weren’t alerted to a lot of the deficiencies that have been going on for over 45 months,” Marino said. “We were told the laws — without compassion. Every question that was asked of the gentleman that led it, Dr. Geary, was as if he were reading a book. It had no heart at all. Some of the comments that were made were very cold.”

Marino added the timing was off, and said a meeting like this — she felt — should have been held

before a shut down.

“The new administrator has been here since October, and hasn’t been given the proper time to fix anything, yet is being held responsible,” she said. “The corporate office of Golden Living need to be held responsible.”

State Rep. Danny Garrett said he was caught off guard by the news, and stated he was working with several agencies, including the regional board of Medicaid and Medicare to get an extension on the deadline to have patients out of the facility.

“The issues at Golden Living have not been effectively communicated to patient’s families or to the community,” Garrett said. “We want to address that in the future. In the meantime, I will work to allow for an extension on the deadline.”

“I’m very concerned with the short time within which to relocate a family member in a nursing home, especially right here at the Christmas season,” Knight said. “I’d ask if there is any way to get an additional 30 to 60 days to relocate these family members. I’d like to see some kind of a delay in the implementation of this closure.”

Finding a home to move loved ones to has been a chore for many, and those who have moved are seeing a decline in moral and, in some cases, health.

“I moved my mother (Monday), and her health is already deteriorating; she’s already giving up because she feels like she’s been betrayed,” Marino said. “I understand that, and I feel like we’ve been betrayed because it wasn’t forthcoming.”

Geary said in Alabama, a nursing home is shut down every two or three years on average, but many government agencies are working to help families find alternative solutions.

Ephraim confirmed the center would be losing its certification through the CMS, and would no longer be in operation. Ephraim said the center is still working with residents to provide care.

“We’re working every day to provide excellent care for our residents,” she said.