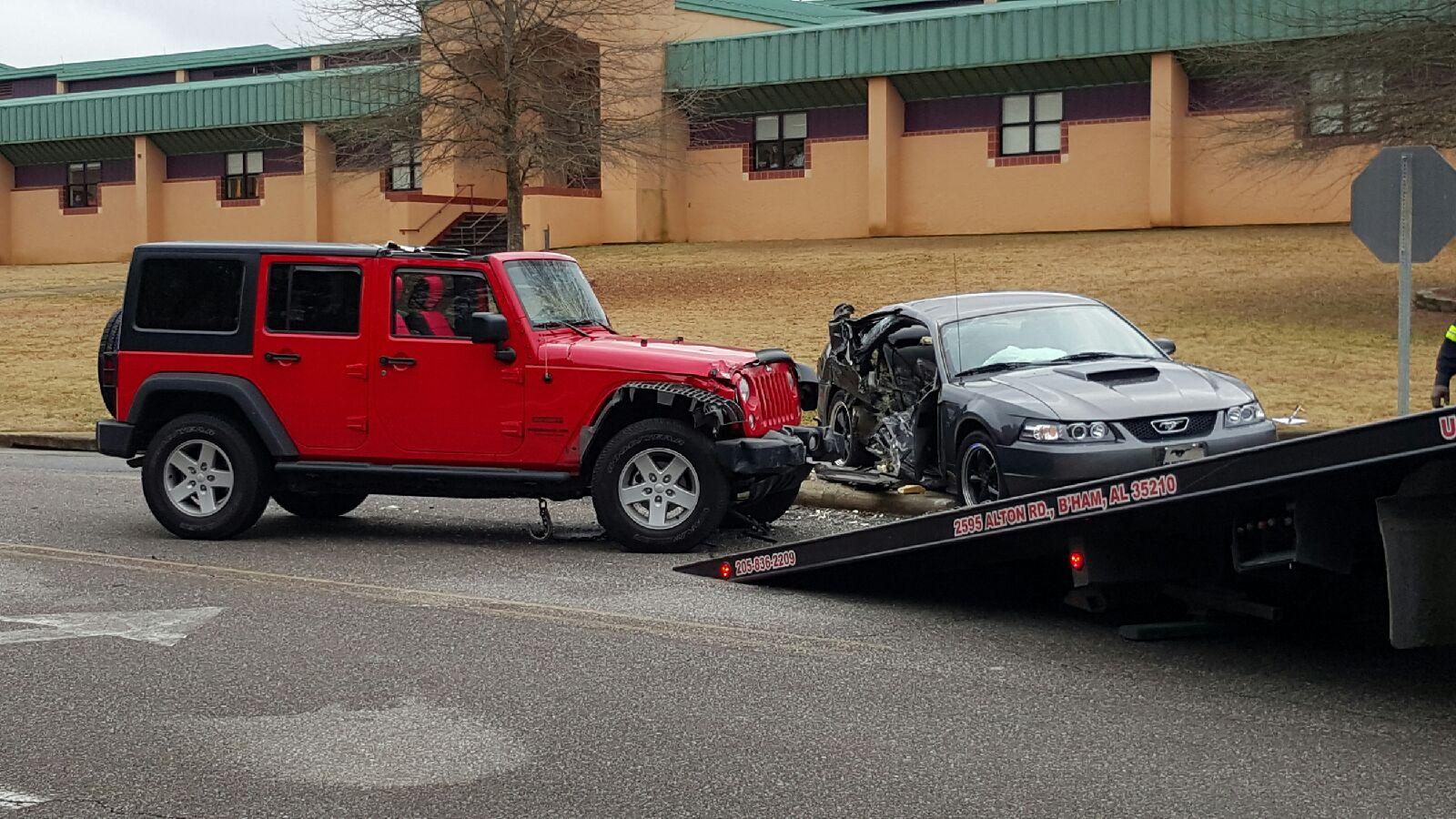 CLAY — A two-vehicle accident at the entrance to Clay-Chalkville High School sent two to the hospital around 7:30 a.m. Friday morning according to the Jefferson County Sheriff’s Office. Deputies said the injuries were not life-threatening, and other sources said those involved were conscious and walking around after the accident. Both drivers were sent to the hospital by ambulance.

The Jefferson County Sheriff’s Office said a Ford Mustang, driven by an 18-year-old student, pulled into the path of a red Jeep and the Jeep overturned. The Jeep was driven by an assistant principal. 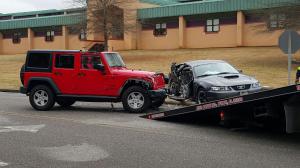