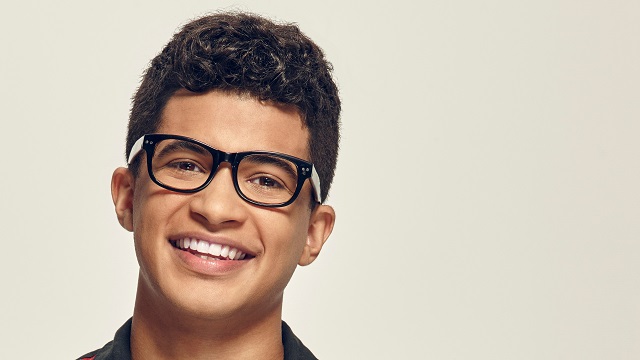 Jordan Fisher can trace his casting in Fox’s upcoming “Grease: Live” directly back to his years at Birmingham’s Red Mountain Theatre Company (RMTC).

“It started with Ron Kellum,” a good friend of RMTC Executive Director Keith Cromwell, Fisher says. “I met him years ago at Red Mountain.

“A couple of years ago, I did ‘Aladdin’ with Ben Vereen, Richard Karn and Bruce Vilanch, and one of my cast members was Ron Kellum’s fiancé and now husband. We became super close, and they asked me to sing at their wedding.” 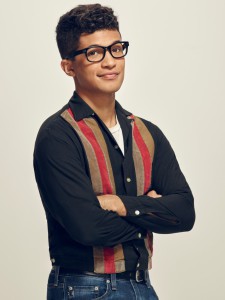 At that wedding was a Paramount executive who got in touch with Fisher’s manager, Lynne Marx, to let her know about “Grease: Live,” the Jan. 31 production on Fox.

“We put this tape together back in January, and that was pretty much it,” Fisher says. “Months had gone by, and I had not only just assumed they had moved on, I had forgotten all about it. Then I saw they had cast Aaron Tveit as Danny and I thought, oh, yeah, I guess they moved on.”

They hadn’t. Soon after, Fisher met with Thomas Kail, the show’s director, and was cast as Doody, the friend of Danny Zuko who gets a moment to shine on his own with the song “Those Magic Changes.” The cast also includes Julianne Hough as Sandy, Ana Gasteyer as the principal, Vanessa Hudgens as Rizzo, Carly Rae Jepsen as Frenchie and Mario Lopez as Vince Fontaine.

“I’m beyond honored and beyond humbled to be able to work with these people,” says Fisher, who has had roles in “Teen Beach Movie,” “Teen Beach 2,” “The Secret Life of the American Teenager” and “Liv and Maddie.”

Fisher, 21, grew up watching “Grease,” starring John Travolta and Olivia Newton-John, but he never thought he’d be in the show on stage – mainly because all of the students at Rydell High School, where the show is set, were white in its original incarnations.

“I’m honored in general to be on this show, but the fact that they created space for Keke Palmer and Vanessa Hudgens and Carlos PenaVega and me is great,” Fisher says. “There’s so much culture and ethnicity in this show.”

Fisher’s character was played in the movie by Barry Pearl, but the song “Those Magic Changes” was played in the background. Not so in this version, which, like the original stage production, has Doody singing and playing the song.

“He’s like the Buddy Holly guy,” Fisher says. “The sweet thing about Doody is, the T-Birds are kind of the bad boys of the school, but Doody is such a different person. He doesn’t dress like everyone else. His hair is different. He listens to different music.”

Music is a big part of Fisher’s life and career. In addition to his acting, he signed a deal last year with Hollywood Records.

“I just finished my album, which I’m very excited about,” he says. “I’ll be prepping for the release of the first single in February. … Assuming it goes well, the timing, coming out just after ‘Grease,’ will work out perfectly.”

Producers of “Grease: Live” announced this week that, unlike previous live TV musicals such as “The Sound of Music” and “Peter Pan,” “Grease: Live” will have a theater audience. Fisher couldn’t be happier. 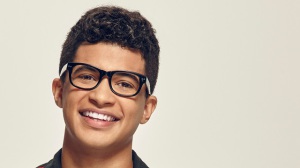 “There are a bunch of us in the cast who really started with live theater, and that’s what we love to do,” Fisher says. “The live aspect – there’s something about the adrenaline and the nerves that I welcome, because it enhances the performance. … Having an audience there will just add to that.”

Fisher – who lives in Los Angeles with his parents and siblings, Cory and Trinity – sees parallels between himself and his character in “Grease: Live.”

“Doody decides to pick up a guitar and learns how to play it, and all of his friends support him,” says Fisher. “That kind of goes hand in hand with me and my life in Birmingham. I had good friends who supported me in my dream to come out here and find success. If it wasn’t for those people in my life, I’m not sure I really could have done it.”

With “Grease: Live” and the new album, it’s moving faster than ever for Fisher.

“It’s going to be a wild ride, to say the least, but it’s one I’m looking forward to,” he says.