TRUSSVILLE — Four juveniles were arrested for disorderly conduct Saturday night following an incident at Spare Time Entertainment Center according to Jeff Bridges of the Trussville Police Department. All four juveniles were students at Birmingham City Schools.

Officers from Trussville and Birmingham police departments, as well as Jefferson County sheriffs were on hand to diffuse the situation. 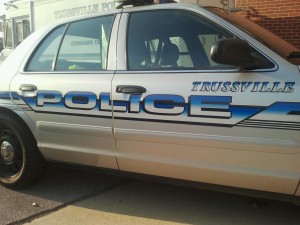 According to Lori Fant, one of Saturday’s customers of the venue, there were several problems throughout the evening that impeded her family’s ability to enjoy their night out. Fant said she and her family arrived and ate dinner inside the restaurant at the venue before beginning to bowl. The venue was already crowded with patrons when Fant said a sudden influx of teenagers were inside.

“Before we knew it, the place was packed with teenagers,” Fant said. “You couldn’t even move there were so many. It felt like it was more than 200 teenagers. I don’t know what the bowling alley holds, but it was packed.”

Police estimate a crowd of more than 300 teenagers were in the building or parking lot area.

Fant said in addition the crowd, her son was unable to even use the restroom due to smoke inside the restroom.

“I tried to go back to the women’s bathroom, and it was full. Inside the stalls, outside the stalls was full of teenagers, all on their cell phones,” she said. “The entire place — the restrooms, the game room — all reeked of (marijuana).

“I felt like I was at a Widespread Panic concert.”

Unable to maneuver to the arcade due to the crowding, Fant said she and her family waited on their bowling lanes to open. Once they began bowling, Fant said a crowd of teenagers were standing behind her family and then took off running.

“A lot of people started gathering their kids close to them because they didn’t know what was going on,” Fant said. “It was loud, screaming, squealing.” 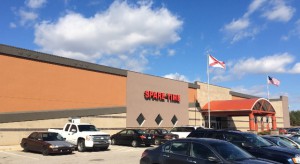 At some point, even some of the teenagers began to worry, according to Fant.

“There were a couple of teenagers that were scared,” she said. “One boy started crying. I think they got a little overwhelmed.”

A fight broke out near the front door, and one patron called police. Fant said the man who called police had his children under a bench with he and his wife shielding them.

“They had an hour and half left on their bowling, and they just wanted to get their kids out of there,” Fant said.

Once the crowd shuffled outside, Fant asked for her money back from their bowling. Spare Time resolved the issue without hesitation, she said.

Spare Time General Manager Nate McGinnis said the venue is taking steps to refund monies to the patrons affected. He said several customers were refunded Saturday night, and other customers who have since called have been refunded or given gift cards with their purchase amount on them.

“A lot of guests were inconvenienced last night,” McGinnis said. “We are trying to compensate those guests and let them know this is not an ongoing issue. We did a lot of refunds (Saturday night). Our guests were overly compensated to make sure that we made up for the situation and the environment that was last night.”

McGinnins said he also plans to add extra security at the venue at least until school is back in session. Currently, the venue employs two off-duty police officers, but will add a third on weekends. McGinnis said he believes Trussville police will also be patrolling the area more closely due to the recent incidents in the Pinnacle Shopping Center and the bowling alley.

The business will only allow anyone under the age of 18 inside with an adult and a $10 admission fee that is refunded with game play credit. Fant said when the teenagers left on Saturday night, she did not see any adults leaving with them.

This is the first time an incident like this has occurred under the new ownership of the business according to McGinnis.