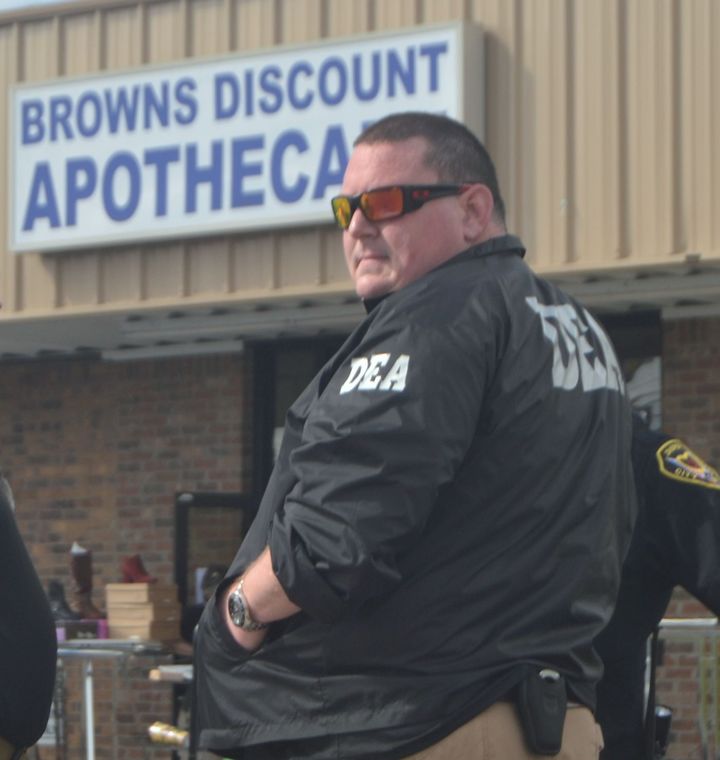 BIRMINGHAM – A former Bevill State men’s basketball coach and current pharmacist, along with one of his pharmacy technicians turned themselves in to Federal Drug Enforcement Administration agents today on charges they conspired to illegally distribute opioid painkillers and other controlled substances, according to U.S. Attorney Joyce White Vance and DEA Assistant Special Agent in Charge Clay A. Morris. 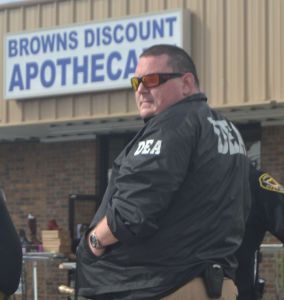 The charges are the result of a long-term investigation conducted in connection with DEA’s “Operation Pilluted” earlier this year in Alabama, Arkansas, Louisiana and Mississippi, which focused on reducing the trafficking and abuse of pharmaceuticals and brought about the prosecution of three Birmingham-area physicians for illegally distributing controlled substances.

“Alabama leads the nation in the number of per capita prescriptions for opioid painkillers,” Vance said. “Medically necessary use of painkillers is appropriate, but when a pharmacist violates his medical oath and becomes a drug dealer, preying on prescription drug addicts like any other trafficker in illegal drugs, he should expect the same sort of prosecution.

“Abusers of prescription opiates often shift to heroin abuse, and that trend contributes to our epidemic overdose death rates,” Vance said. “Pharmacists should not abuse the trust the community places in them by selling opiates illegally in order to make a profit,” she said.
“The abuse of prescription drugs is a serious problem in our communities,” Morris said. “All too often, this abuse leads to addiction, shattered lives, and even death. For the health and safety of our citizens, DEA and our local law enforcement partners will continue to target those who unlawfully obtain and distribute these potentially dangerous drugs,” he said. “We hope that the arrests in this case serve as a reminder to anyone who might illegally divert pharmaceuticals that they will be held accountable for the harm they cause.”

Monday’s indictment also charges Bolling with two counts of illegally transferring oxycodone, an opioid painkiller, between pharmacies in Walker and Fayette counties, once on March 6, 2013, and once on July 21, 2013. It also charges him with directing a pharmacy employee to destroy evidence, and with 14 counts of using a telephone to facilitate the charged drug-trafficking conspiracy.

The indictment charges Holliman with aiding and abetting Bolling’s illegal transfer of oxycodone between pharmacies in July 2013.

In the course of the Bolling investigation, four other people associated with Bolling have been charged with narcotics offenses. JOSEPH Anthony “Stick” Cacioppo, 52, of Jasper, co-owner of Brown’s Discount Apothecary, pleaded guilty to conspiring to distribute ketamine HCL, a surgical anesthetic. Teri Jo Tuck, 53, also of Jasper and a nurse, pleaded guilty to conspiring to distribute ketamine HCL pursuant to fraudulent prescriptions. In addition, two pharmacists employed by Bolling – Terry Duke, 60, and his brother, Ronnie Duke, 63, – were charged Tuesday and have entered agreements to plead guilty, Terry Duke to distributing prescription painkillers, and Ronnie Duke to knowingly omitting material information from controlled substance records.

The physicians prosecuted this year are Muhammad Wasim Ali, 51, of Vestavia Hills, who owned a pain clinic in Jasper, Ernest Albert Clayton, 72, who practiced medicine at a Midfield clinic, and Peter Alan Lodewick, 73, who was a physician at Lodewick Diabetes Center on Montclair Road. Ali and Clayton pleaded guilty to dispensing narcotic painkillers without a legitimate medical reason. Lodewick pleaded guilty to assisting someone else in acquiring oxycodone by “misrepresentation, fraud, forgery, deception and subterfuge.”