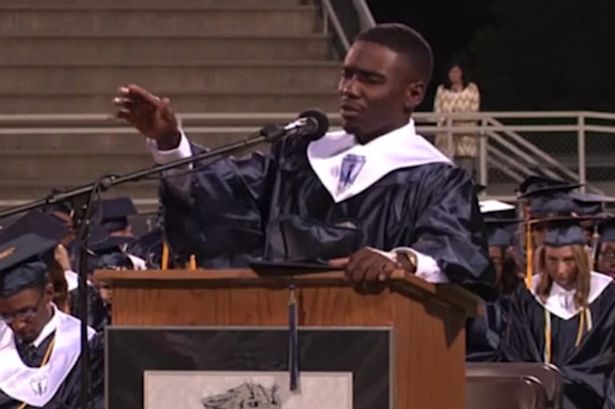 During Clay-Chalkville High School graduation, a scary medical event in the crowd led student Christian Crawford to stop and pray on stage. Crawford told the crowd that he didn’t know what was going on, but he wanted to pray. The young man’s powerful prayer brought cheers from the crowd on hand.

Praying in front of a crowd is nothing new for aspiring future politician Crawford, who actually opened the commencement ceremony with a prepared prayer. He has done everything from teach Sunday school to deliver speeches to different churches. His unwavering faith comes from the environment he was raised in. Everyone from his parents to his aunts, uncles and grandparents has instilled in him a passion for Christ. “I prayed, and the will of God took over,” said Crawford. “When I finished the prayer, I never thought it would get to this.”

Crawford has opened several Clay City Council meetings with prayer; he was asked to open the Alabama House of Representatives session with prayer as well. He even appeared on Fox and Friends television show following the event.