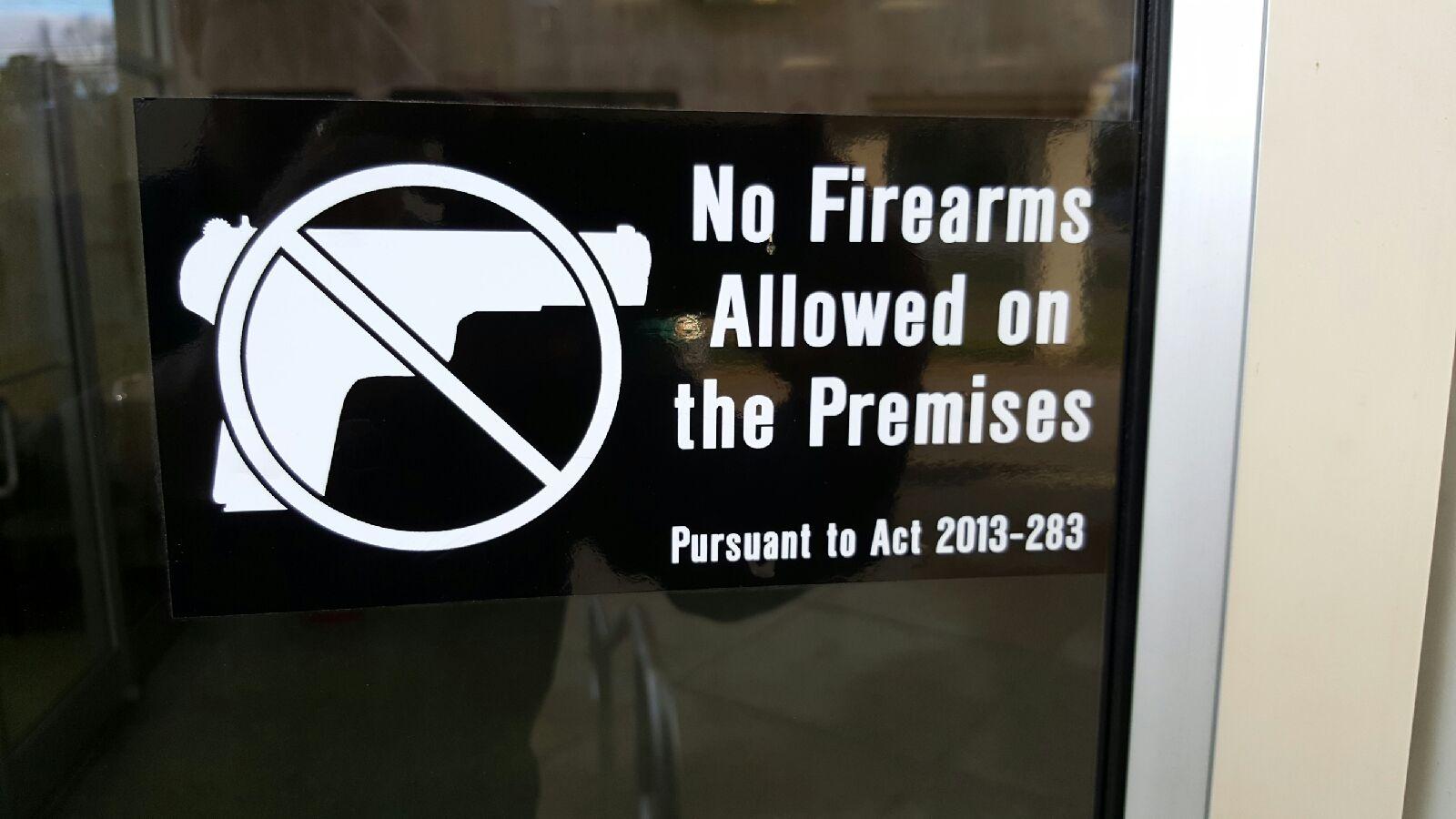 MONTGOMERY — City Hall buildings in both Trussville and Clay each have signs on their doors prohibiting guns on premises, but according to the a recent statement by the Alabama Attorney General’s office on similar signs, those posted locally are illegal. 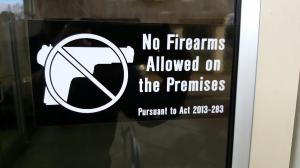 Alabama Attorney General Luther Strange released a statement on Thursday to Marion and Dallas counties, saying any signs prohibiting guns inside public buildings or in public parks were not in compliance with the Alabama gun law. He stated in December that signs prohibiting guns in the Selma City Hall and Selma-Dallas County Public Library were illegal.

Both counties were asked to remove signs prohibiting guns in public places, and have complied.

The Selma and Dallas County Chamber of Commerce, as well as  E.T. Sims, Jr. Neighborhood Facilities Building and surrounding parks in Marion County had signs prohibiting guns. Since the signs were removed, the Attorney General will not pursue charges. 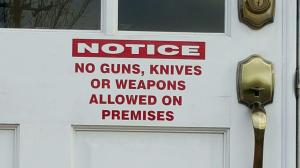 Clay City Manager Ronnie Dixon said the city would take the sign off the front door if that was, in fact, the ruling.

“We’ve just been waiting on (Strange) to put it out,” Dixon said. “I’ve been expecting it, but I haven’t seen it. If that’s the ruling, they’ll come down.”

“It’s not anything that we’ve enforced anyway,” he said.

According to Trussville City Clerk Lynn Porter, the city will likely take down the signs on public buildings in Trussville in light of the most recent opinion from the AG office.

No signs prohibiting weapons were found at the Pinson City Hall building.

A copy of the full Alabama gun and weapons law can be found here.