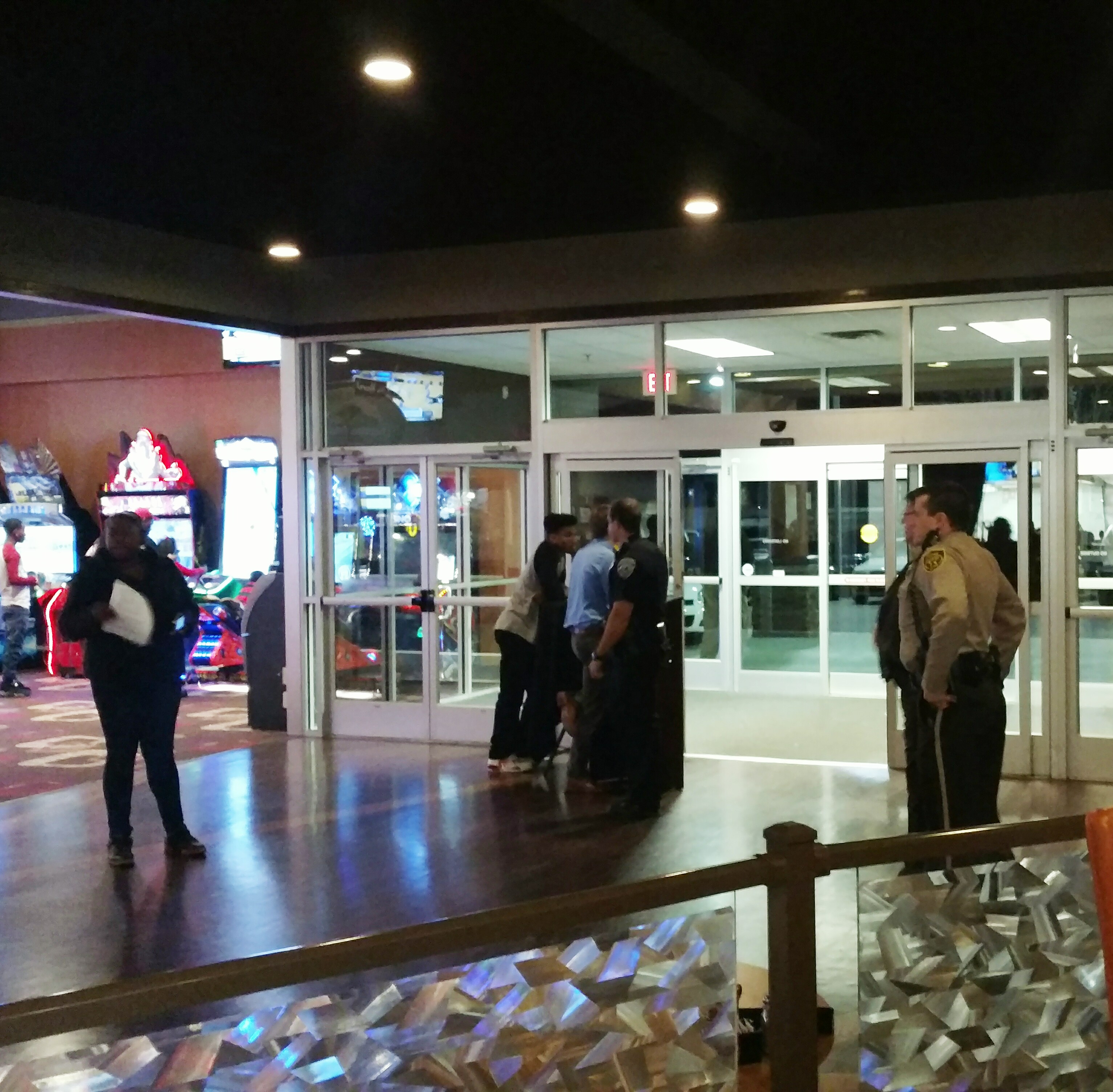 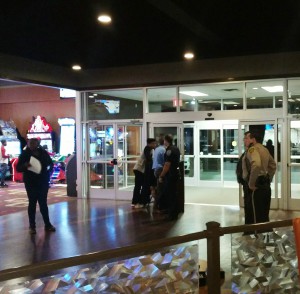 “We’re very fortunate being a $6.8 million dollar company, affordability isn’t the issue,” Spare Time manager Nate McGinnis. “It’s about the safety and security of customers coming into the business. That is our plan to maintain security at the current rate.”

On Saturday, Jan. 2, the business had two Trussville police officers and four Jefferson County sheriff’s deputies in the building, along with an off-duty Vestavia police officer enforcing the new rules and regulations. Customers appearing to be under 19 were checked by identification, and anyone under 19 without a guardian of 25 years old or older was turned away at the door.

According to Trussville Police Captain Jeff Bridges, Spare Time has hired two Trussville officers to remain on site on weekends.

Many teenagers were turned away at the door without a parent or guardian to take responsibility of them. The groups were handed a list of rules the bowling alley said it intends to continue to enforce.

“The biggest thing is educating the customers on the type of facility we are, and making sure everybody has a good time,” McGinnis said.

One former employee of Spare Time, however, said he could tell the bowling alley was headed down a dark path before finally leaving.

“The environment they were creating, it doesn’t surprise me that it got out of hand. I’m not saying they were purposely trying to create that environment, but they weren’t doing anything to stop it,” former employee Mike Miller said.

Miller, who was in charge of social media and entertainment, said when he was hired to oversee entertainment, he was told to make the environment more family-friendly. Doing so, however, was not always easy.

“It was my job to make sure anything I did for Entertainment was family-friendly. I think they had good intentions,” Miller said. “Every Friday night and every Saturday night, it was a battle. I would try to program music that would create the environment we wanted. 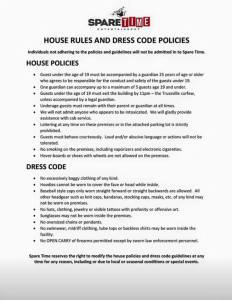 Here are the house rules for Spare Time. Click photo for full resolution.

“There were no fights, loitering was beginning to be on the decline. I played music more for the family than the teenagers, and it was working.”

Miller added he sometimes wished the security and management would have done more, but said the security was doing the best it could with only two officers.

Several years back, there was a similar problem at Trussville’s movie theatre and Walmart. Regal Cinemas, Walmart and Buffalo Wild Wings have now hired police officers from Trussville or Jefferson County sheriff’s deputies to patrol the area exclusively on weekends.

Buffalo Wild Wings General Manager Joseph Palladino said his restaurant saw a lot of younger people on weekend nights, but once he hired a Trussville police officer to work inside the store and enforce the curfew, there have been fewer problems.

“We put the cop in here, and we enforce the Trussville curfew. We actually moved our curfew up an hour so the kids will have time to get something to eat and get out of here. Doing that on Friday and Saturday nights have made a big difference,” he said.

Jim Wester, Walmart’s store manager, has only been the manager for about seven months, but said he’s not seen any issues at his store on weekends. Wester attributed that to having the on-premises deputy outside on weekends.

“We pay for the deputies when we have them here. I don’t see any issues here,” he said. “I know why they did it; when the kids got out of the movie theatre, they all came here. We keep that under control now.”

The last time a major incident was reported at the movie theatre was in 2012. A 15-year-old black male was arrested in a shooting incident that was witnessed by an off duty Jefferson County deputy who was working security for the theater.

The incident was handled quickly by both the deputy and Trussville police. 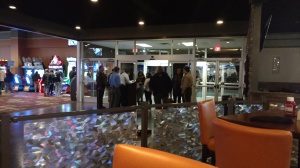 Spare Time Manager Nate McGinnis checks the identification of potential customers before allowing them inside the building.