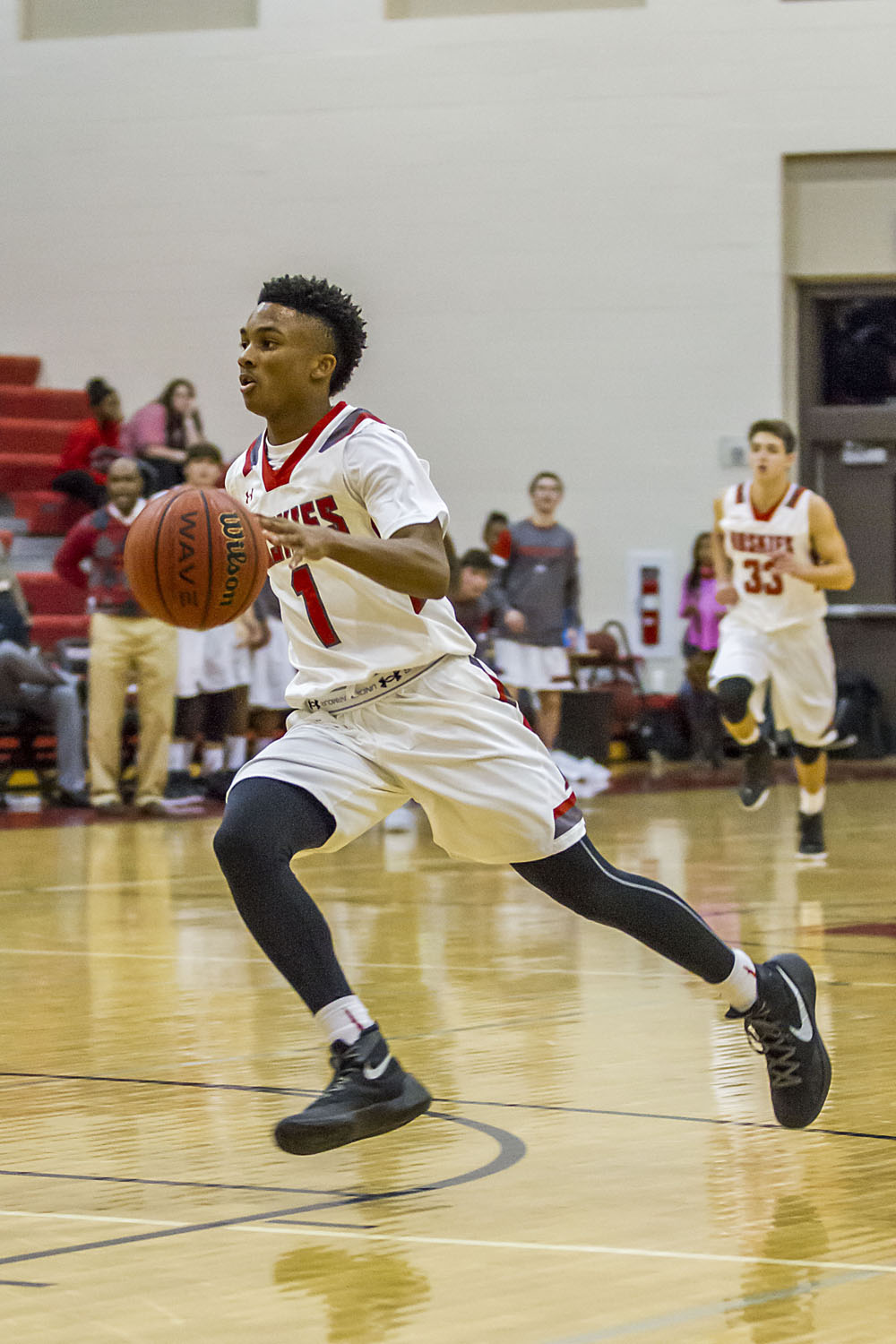 TRUSSVILLE — It was a sweep for the Hewitt-Trussville boys and girls Friday night at Bryant Bank Arena.

Both wins were convincing, and both wins enabled the teams to even their Class 7A, Area 6 records at 1-1. 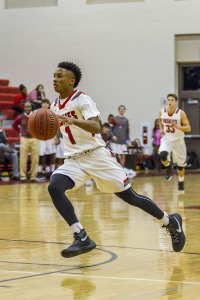 The Huskies capped the evening by knocking off the Vestavia Hills Rebels 49-36 after watching the girls top the Rebels 54-37.

Neither game was ever particularly close, but that didn’t mean it was easy.

“They play such a deliberate and patient style, and are so great in their system,” Thomas said. “Coach (George) Hatchett is one of the great coaches, maybe the best coach in our area, so it is always something to beat one of his teams.

“I think they had the ball about a minute and a half to start the second half before they shot, that means our defense has to stay with it and connected and focused and I think we did a decent job.”

The Huskies (12-5) were the more athletic team, and they used it to their advantage. Sophomore Damon Harper scored 10 of his game-high 19 points in the first half as the Huskies built a 26-13 lead. Harrison Stanley, the 6-foot-5 junior, scored seven in the half.

But it was the Huskies defense that was the real difference. Hatchett doesn’t like for his teams to take bad shots, but the Rebels couldn’t find many good ones as the Huskies pressured them. The Rebs made only four field goals in the half. Thomas gave credit to Sam Frazier, who was playing a new position due to some injuries. “I felt like his intensity and aggressiveness was a big factor.”

The Huskies turned it up a notch in the third quarter, holding the Rebels to a single field goal and three free throws – all the points scored by post Colby Milner, his only six of the game. The Rebels were matching the defensive intensity and the Huskies scored just eight points themselves for a 34-19 lead after three.

But in the fourth, the Huskies pushed the ball up court, and when Harper scored on a coast-to-coast drive with a minute left, Hewitt led 48-30, its largest margin of the night.

“Damon is maturing quickly, and we need his energy,” Thomas said. No other Husky was in double figures, but Stanley had nine and Chris Lewis added eight, six in the fourth quarter.

Vestavia (7-12) was led by Mac Smith’s 14 points. He made three 3-pointers in the fourth quarter and scored 11 in the final frame.

The opener between the girls teams was a similar game. Tonya Hunter’s Huskies were too athletic for the visitors. Hewitt-Trussville (12-5) built a 9-1 lead in the first quarter before the Rebs closed to 14-8 at the first buzzer. Bailey Berry had nine first-half points and London Coleman added six, including a bucket when she sneaked behind the Vestavia defense for a bunny and a 24-12 lead with 2:25 left before the half.

Vestavia rallied, turning up the intensity on defense and getting better shots. The Rebs’ Jessica Compton scored seven points in the quarter, but she picked up her fourth foul after her team had cut the Hewitt lead to 38-29 and she sat out a good bit of the fourth quarter, then left for good with an ankle injury.

Meanwhile, the Huskies put it in another gear and behind Morgan Kirk and Coleman and put the game away. They combined for 14 of their team’s 16 fourth-quarter points in a 16-8 quarter.

Mountain Brook is up next for both teams in another area doubleheader. That will be Tuesday at Mountain Brook.