LATEST NEWS
Home Opinion We must do better than this 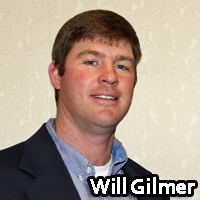 Will Gilmer, publisher of The Lamar Countian. Submitted photo

We must do better than this

I was eight years old at the time and did not understand all of the intricacies of global politics, but I knew America was engaged in a battle of freedom versus oppression, of capitalism versus communism.

A battle, indeed, of good versus evil.

Will Gilmer, publisher of The Lamar Countian.
Submitted photo

Two years later (when I was the same age as my son is now), my parents and I watched live as hundreds of East Germans poured over and through the Berlin Wall into West Berlin for the first time in a generation. I did not know enough of post-World War II history at the time to fully appreciate the event’s importance, but I did recognize in the moment that it was significant. In fact, it came to serve as the tangible “beginning of the end” of the Iron Curtain. The Soviet Union would soon collapse and the Cold War would end in victory for Western-style democracy.

In a young boy’s eyes, it was a comprehensive victory for America: for our way of government, for our way of doing business, and for the liberty that afforded us the freedom to live our own lives the way we saw fit. These were the events that formed the foundation of what I believe American values, ideals, and power should be.

Since those days, the pendulum of American politics has swung back and forth and back again, the same way it always has and likely always will. But the America of my youth is different than the America in which I’m raising my children, in some ways for the better but in many for the worse. Virtue is giving way to moral relativity, hard work is being eviscerated by entitlement, and competitive spirit is being blunted by participation trophies, both real and metaphorical. These are perilous times.

Our great nation has begun the process of electing our next President, the current of whom has increasingly sought to govern via executive fiat rather than by working with and through the Congress. On one hand, Democratic voters must decide between someone who at best would likely stay the current course or an avowed socialist who disdains the very economic model that has fueled American innovation and exceptionalism. On the other, many Republican voters are abandoning candidates espousing conservative ideals such as limited government and free enterprise in favor of a nativist demagogue who offers no serious policy solutions other than the promise that he can singularly “make America great again”.

Will Gilmer is the founder and publisher of The Lamar Countian, and is a graduate of Lamar County High School and Mississippi State University. Along with his father, he co-owns and operates his family’s dairy farm in the Shiloh community. You can follow Will on Twitter at @gilmerdairy. – See more at The Lamar Countian.