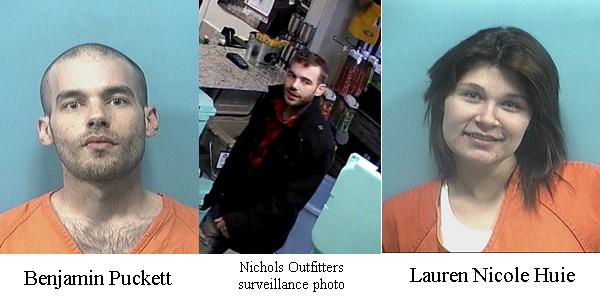 2 from Trussville charged in gun theft

TRUSSVILLE –Benjamin Laith Puckett, 30, and Lauren Nicile Huie, 25, both of Trussville, were charged last week with second degree theft in connection to a gun allegedly stolen from Nichols Outfitters in Pelham, according to Lieutenant Pat Cheatwood of the Pelham Police Department. 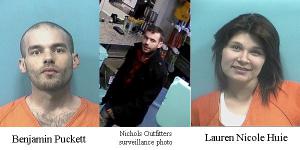 According to Cheatwood, the charges stem from the alleged theft of a 9 mm caliber rifle from the Pelham business, which Cheatwood said was essentially an assault rifle, on February 12. The gun has not been recovered.

Both suspects remain in the Shelby County jail