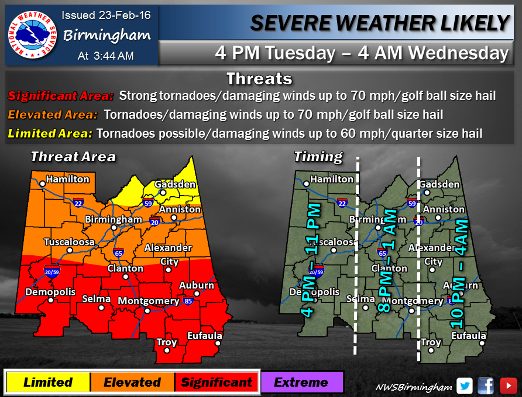 TRUSSVILLE –On Monday afternoon, the National Weather Service in Birmingham raised the storm risk to “elevated” and issued a flash flood watch early Tuesday morning for most of central Alabama. including Jefferson and St. Clair counties, effective from Tuesday afternoon until Wednesday afternoon. 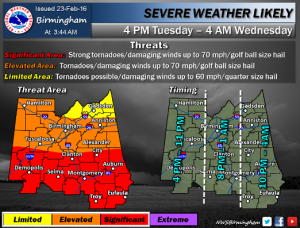 A system passing through late Tuesday could produce tornadoes, high winds of up to 70 mph, and golf ball size hail. There is also a risk of smaller storms popping up in advance of the main front.

Steady rains throughout the day on Monday have saturated the ground, so rains on Tuesday could produce flooding situations with as much as one to two inches expected to fall.