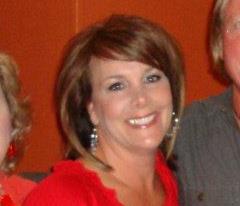 Trussville resident Martha Franklin-Driggers has announced her candidacy for the Place 5 on the Trussville City Council. That seat is being vacated by mayoral candidate Anthony Montalto.

Martha Franklin-Driggers, a legal assistant and office administrator at Fawal & Spina has worked in the corporate legal field for more that 25 years. She says she stands for truth, transparency and integrity, and wants to open the lines of communication between the city and the people of Trussville to work towards a more transparent view of the city’s finances, education, land development and future projects.

Franklin-Driggers has lived in Trussville for over 19 years. She holds a degree in merchandising, is the administrator of the Trussville Truth Seekers Facebook page, is an active member and event organizer of Calumet Downs Homeowners Association and attends First Baptist Church Trussville.

Married to Bryant Driggers for 30 years, she is the mother of three. Kyle, 28, a PhD student at UNC Chapel Hill, Zac, 23, who will graduate from UAB this Spring with a degree in Electrical Engineering, and Emma, 13, who attends Trussville Middle School.

The Driggers run a private mission group One Brother. One Sister. One Mission., providing warm coats, clothing and support for the homeless in Birmingham. Franklin-Driggers believes the people of Trussville need a voice on the city council.

Having been an active and vocal member of the Trussville community, she believes in viewing all sides of an issue, researching the issue and using common sense in making good decisions.

“I believe that integrity requires internal honesty, because we can’t be honest with others unless we are honest with ourselves,” said Franklin-Driggers. “I am a person of integrity that can be counted on to stand up for what it right, even if it is unpopular, and to behave with honor even when there is no one around to see.”

Franklin-Driggers says she knows that integrity allows other people to trust her because they know that she values her commitments and seeks to live by them.

“Integrity is one of the cornerstones of loving relationships and shared endeavors. My top priority will be the citizens of Trussville and growing a community of trust. I believe that given all the facts, open communication and trust will follow, and the community will come together to make the City of  Trussville the number one place to live in Alabama.”