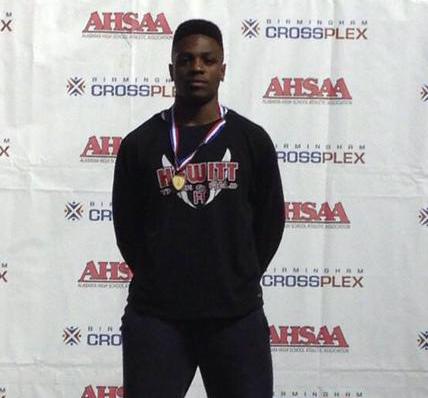 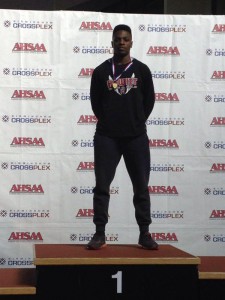 Igbinoghene finished fifth in the county in the long jump on Saturday, so he earned All-American honors in each event.

Igbinoghene said of his jump, “Everything went well. My first phase, second phase were pretty good. I came in a little bit sore, but it went away I guess. “I’m proud of myself.”

He set the mark in his first round try and then had to hold off the rest of the field.

“It was scary, I was real nervous,” Igbinoghene said, “that somebody was going to go get it, go farther, but if they had I was going to try to go farther anyway.”

Igbinoghene said he felt coming in to the meet he was among the top four in the country, but still felt a little like an underdog. “I’m still excited, I don’t think it’s sunk in yet.”

Coach David Dobbs tweeted, “Hewitt-Trussville’s 1st nat’l champ. We all knew how good he was now the nation knows.”