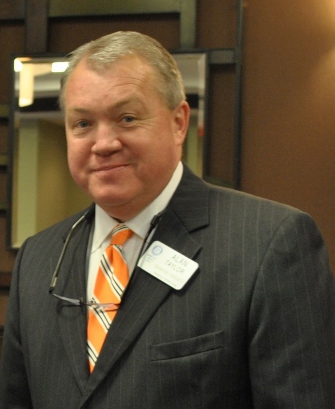 Taylor plans to seek re-election on city council in Trussville

TRUSSVILLE –As city councilman Alan Taylor winds down his first term, he has decided to seek re-election to the same post for a second term.

“I am pleased to announce that I will be seeking re-election for Trussville City Council Place 2,” Taylor said.

Taylor said that during the past three and a half years, he had done his best to make decisions he felt were in the best interest of the city as a whole. 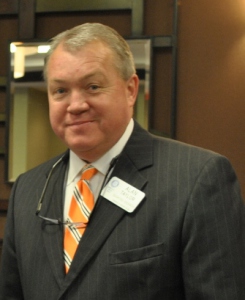 “I feel Trussville is a great place to live and there are many accomplishments that I am very proud of,” Taylor said.  “I will continue to support our school system, which I believe is second to none. I have assisted our school with securing the finances to build two new elementary schools, which allow our students to be in class rooms, rather than portables.”

Taylor pointed to the addition of more student resource officers at Trussville schools as evidence that he and the city are committed to making the schools the safest environment possible.

“We also built a new stadium that our school and our Trussville citizens can be proud of,” Taylor said.  “We were able to build the connection road, Husky Parkway, from the high school to Trussville Clay Road. This connects our high school to our athletic facilities. We are diligently working on a library expansion in our historic downtown area.”

Taylor’s background in banking as past president of Bryant Bank proved useful during his first term.  The substantial improvements came while maintaining a strong financial position for the city, he said.

“Just this past year our city received an upgrade to its financial rating to AA+, an outstanding accomplishment,” Taylor said. “But the work is not finished. I am committed to the redevelopment of our downtown. This is a priority for me and one we must continue to push forward. I have heard from so many of our citizens that this needs to be our top priority and I agree.

“It has been an honor for me to serve this past term. I feel my strong financial background adds significant value to a five member council. I will continue to work hard, with honesty, integrity and transparency, as well as build consensus among our city leaders. I look forward to serving Trussville another term and continue to make us a great place to live, shop, eat and worship.”