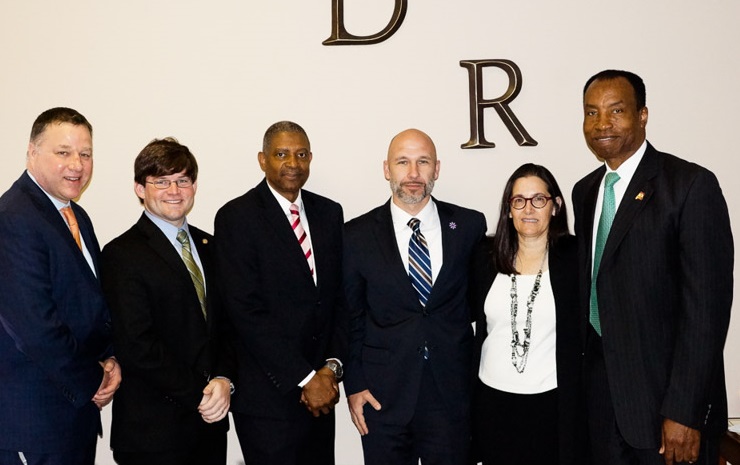 JEFFERSON COUNTY – The Alabama Board of Pardons and Paroles hosted an open house Monday at the state’s first Day Reporting Center in Birmingham. The ceremony showcased the probation and parole officers and other staff, along with treatment providers and community partners who will make the program possible, announced Center Director Benita Daugharty and U.S. Attorney Joyce White Vance. 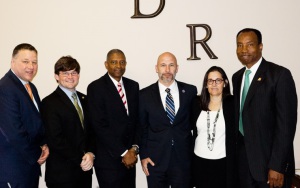 The program is made possible by a $687,176 Department of Justice, Bureau of Justice Assistance grant.

The DRC is an evidence-based program, modeled after the State of Georgia’s network of day reporting centers serving both urban and rural areas of the state. Alabama’s goal is to expand the program into a network of centers strategically placed to serve those areas of the state that would receive the most benefit. Mobile will be home to Alabama’s next DRC.

Pardons and Paroles Executive Director Phil Bryant stated his strong support for the reentry-minded endeavor. “The dedication of leadership at Pardons and Paroles, among DRC staff, local stakeholders and community partners, as well that of U.S. Attorney for the Northern District of Alabama, Joyce Vance, have all been critical for getting this program up and running,” he said. “Ongoing support will continue to be critical to the success of this program, which is currently serving its first 20 participants. We look forward to measuring the success of this program with help from our research partner and technical assistance provider,” Bryant said. Board of Pardons and Paroles Chairman Cliff Walker also voiced his support for programming like the DRC to help strengthen the reentry process for offenders being paroled in Alabama. He likened the reentry process in Alabama to a boat full of holes that cannot rise with the tide until the holes – such as lack of employment opportunities, education, and family support — can be plugged.  He championed the DRC as a program that is geared towards filling those holes.

“The evidence that led Alabama to adopt prison reform suggests that when money saved by reducing the number of people in state prison is reinvested in community services to help those people successfully reenter their communities, we can reduce crime while saving on the cost of running our prison system,” Vance said. “The day reporting center in north Birmingham is an outstanding example of a program that seeks to reduce crime through prevention, enforcement and reentry services,” she said. “The center will follow best practices that have been proven in other states to reduce recidivism among ex-offenders.”