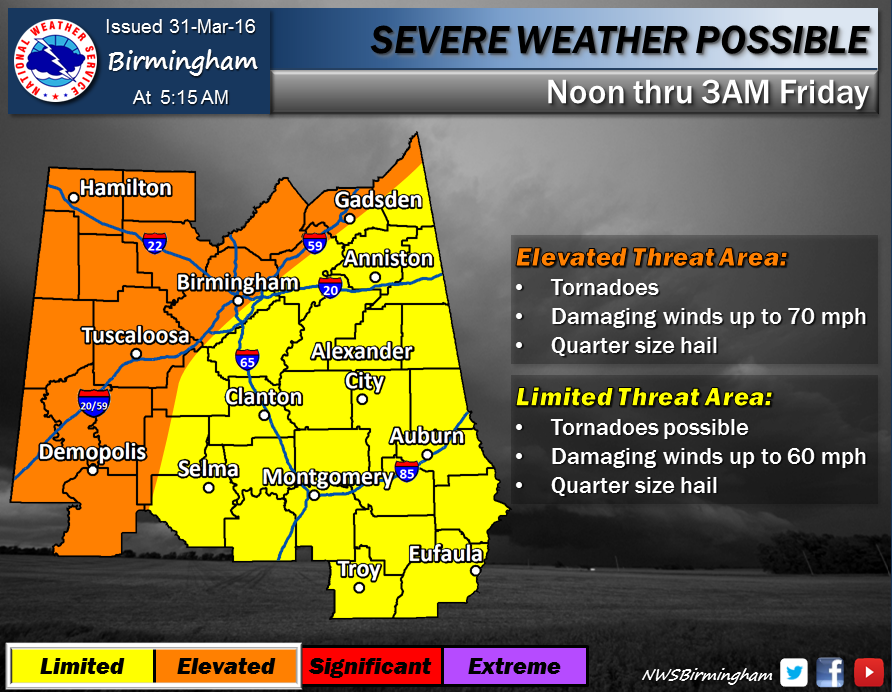 From the Trussville Gas and Water Weather Center

TRUSSVILLE –Severe weather is anticipated for parts of the state on Thursday with a flash flood watch already in effect for Jefferson and St. Clair counties until 1 a.m. on Friday.

According to the National Weather Service in Birmingham, the potential for severe storms, including the threat for tornadoes, becomes more significant later Thursday afternoon and into Thursday evening. 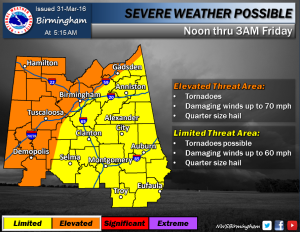 “Our greatest area of concern lies across our portion of what many people may recognize as “Dixie Alley” – the area along and north of Interstate 20/59 from Jackson, MS. to Huntsville, AL,” according to a statement from the NWS.

In a hazardous weather outlook issued by the NWS, severe weather could develop along a line from Marion, to Birmingham, to Gadsden as early as 3 p.m. Thursday in the west and as late as 3 a.m. Friday to the east.

This system could produce all forms of severe weather including tornadoes, large hail, and high winds and may come in several waves.

Heavy rains of two to four inches could accompany many of the storms and cause localized flooding.

We will continue to monitor the local weather situation throughout the day and night. Please check in often for updates.