LATEST NEWS
Home Local News Trussville firefighter: “I just did what I do every day” 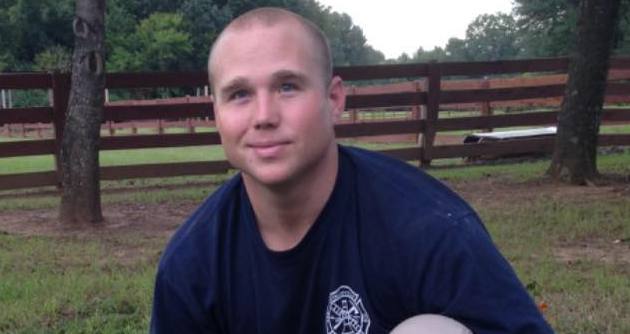 Trussville firefighter: “I just did what I do every day”

PINE LEVEL –Justin Grogan, a firefighter with Trussville Fire and Rescue, was on his way to a wedding in Fairhope when he came up on a wreck near Pine Level on Interstate 65 South on Friday.

As Grogan slowed down and approached the wreck, he observed an overturned vehicle was slowing traffic. He then saw another vehicle rear end a Ford Expedition that had also slowed down for the original wreck. 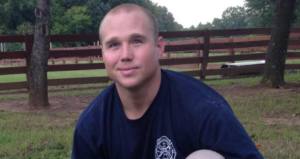 “The vehicle was probably going about 65 when it hit the Expedition,” Grogan said. “Traffic just started going around the second wreck to the right and I stayed in the left lane to check on the people in the vehicle.”

Grogan said the two occupants weren’t severely injured, but as he approached the vehicle he saw that the car was already on fire.

“I just said, ‘Hey, we need to get you out of here and move somewhere safe,'” Grogan said. “I just helped them get out and away from the vehicle and then it went up in flames.”

With the vehicle engulfed in fire, another off-duty firefighter who was traveling north stopped and placed a call to the Pine Level Volunteer Fire Department.

Both firemen then stayed around to assist the Pine Level volunteer fireman, who arrived alone in his firetruck, extinguish the blaze.

“I don’t think I did anything heroic,” Grogan said. “I just did what I do every day. Maybe people take more notice when we do it off duty, but we do stuff like this every day.”

Trussville assistant fire chief Tim Shotts said he was pleased that Grogan had the presence of mind to make a difference when the opportunity to arose.

“I just got off the phone with Justin and told him I was proud of him,” Shotts said. “He didn’t know what condition those guys were in, but he knew he was trained to help and he did the right thing to stop. That’s what you like to see from your men. He did a good thing.”