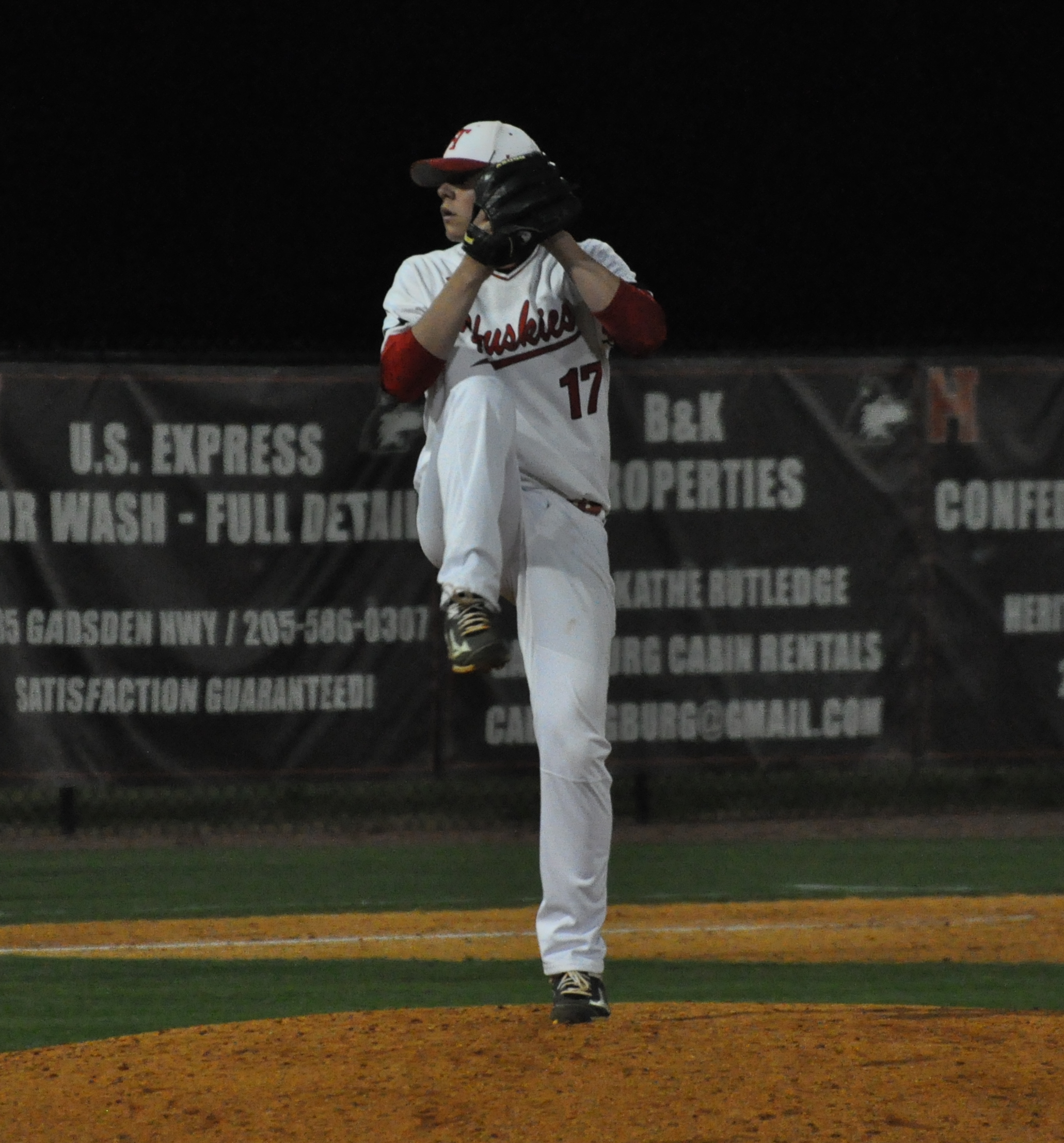 TRUSSVILLE – Nathan Hospes’ got a pitch he thought he could hit, and he did just that.

The Vestavia Hills catcher ripped a double into right-center in the top of the seventh to send the Rebels to a 3-1 victory over Class 7A, Area 6 foe Hewitt-Trussville on Thursday night at Phil English Field.

Starting pitcher Caden Lemons described the importance of that hit as, “We’d still be playing if that didn’t happen.” 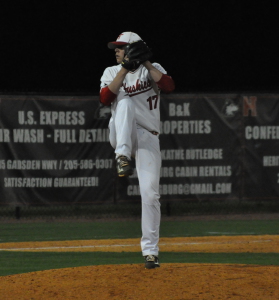 “I was just trying to battle with two strikes, and he threw me one I thought I could crush. I did my best, I sat back and I ripped it. It was big. It was really big,” Hospes said of his game-winning hit.

Chris Fisher drove in a run two batters later to give Vestavia its final run, one of two RBIs for Fisher on the night. He opened up the game’s scoring with a run-scoring groundout in the third inning.

Hewitt-Trussville got on the board in the fifth inning, as Ed Johnson reached on an error, and Tyler Tolbert came into score to tie the game at 1-1.

“I felt pretty good,” Lemons said of his performance. He was able to locate his fastball on both sides of the plate, but felt his curveball was off and on all game.

Hewitt-Trussville junior matched him. In his six innings of work, he allowed just three hits and a run, and capped off his performance with a huge strikeout to escape the sixth.

Area 6 is known for being tough, and the Rebels and Huskies split Round 1. Vestavia coach Jamie Harris continuously extols the depth of baseball in the Birmingham area. The Huskies are off to a solid start after missing out on the postseason a year ago.

“We’re feeling good about ourselves. Going into Mountain Brook next week is going to be big for us. We gotta go get those games and get rolling,” Husky pitcher Carson Skipper said.