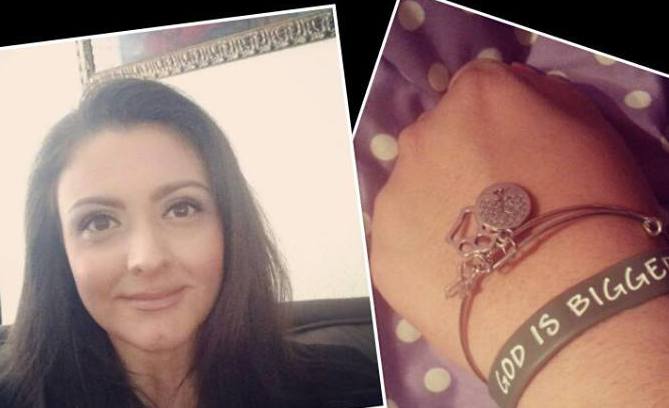 CLAY –Friends of Jody Watson, the Clay mother who was shot to death in front of two of her children in Clay on Thursday, are hosting a prayer vigil on Sunday.

The gathering is planned for 4 p.m. at Cosby Lake. 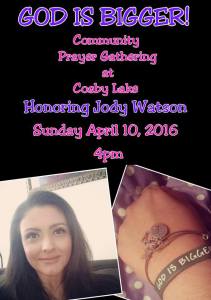 Organizers said the vigil is to offer “prayer for Jody’s children, domestic violence, the city of Clay, and the God is bigger movement.”

Watson’s friend, Michelle Fowler, is one of the people hoping to bring the community together for the event.

“Jody was a sweet and kind person,” Fowler said. “Her oldest son played on our basketball team that my dad and I coached.”

It was a gesture from Watson toward the other mothers’ of team members that prompted Fowler to organize the prayer vigil.

“She gave us all God is bigger bracelets and that was our theme for the season,” Fowler said. “At the end of the season she gave all the moms in the team tree of life bracelet’s.

“That’s why I felt it would be good to honor her by having a prayer gathering to pray for her kids, loved ones, also over domestic violence in the city of Clay. I believe someone told me there was a similar incident not long ago. She was a wonderful mom who loved her kids and they loved her.”