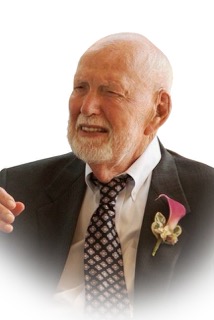 Cy was born August 18, 1927 and was raised in the coal mining town of New Castle, Alabama. He attended Jefferson County High School and, at the age of 18, joined the Army.  After serving his country, he returned to Birmingham and worked at Chicago Bridge and Iron.  Early in 1949 Cy met the love of his life, Janet Lois Braswell and they were married on June 10, 1950. Cy and Janet celebrated their 65th wedding anniversary only two days before Janet passed away. 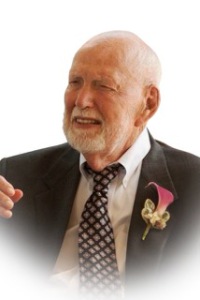 In the early 1950’s, Cy began his lifelong career in sales when he joined the sales team at City Paper Company. By the 1960’s he was working at Dillard Paper Company in Birmingham. Cy quickly became one of the outstanding salesmen of the company and won numerous awards for his achievements.  In 1974, he and Janet started their own company, Fulton Enterprises.  A wholesale specialty packaging distributorship comprised of himself and one employee, Fulton Enterprises grew to become very successful.  A masterful salesman and innovator, Cy constantly modified the product mix to meet market place demands and an expanding customer base. Over 34 years, Fulton Enterprises grew and flourished due to Cy’s leadership and his ability to develop and motivate a great and dedicated team of employees.

In the late 1980s, Janet and Cy took to the road in their motorhome. They traveled extensively and explored most of the US and several Canada provinces. The friends Cy made in business and on the road are far too numerous to list. Each held a special place in his heart.

In August 2005, Cy and Janet moved to Galleria Woods Retirement Community. Over the next 11 years Cy impacted his community by supporting both friends and associates of the community. For the past two years, Cy served as President of the Skilled Nursing Residents Council, a job perfectly suited for him and one that allowed him to use his business skills while representing his fellow residents.

Our family is blessed to call this man our father, grandfather, great-grandfather, brother and uncle. Our lives will continue to be enriched by the love we shared.

Visitation will be at 9:15 am with a service following at 10:15 a.m. on Wednesday, April 20, at his church, Riverchase United Methodist Church. He will be buried at Friendship Cemetery in Mt. Hebron (near Boaz) at 2:00 p.m. In lieu of flowers, the family requests donations be made to Riverchase UMC Building Fund or Friendship Cemetery Fund, 525 Bohannon Road, Boaz, AL 35957.