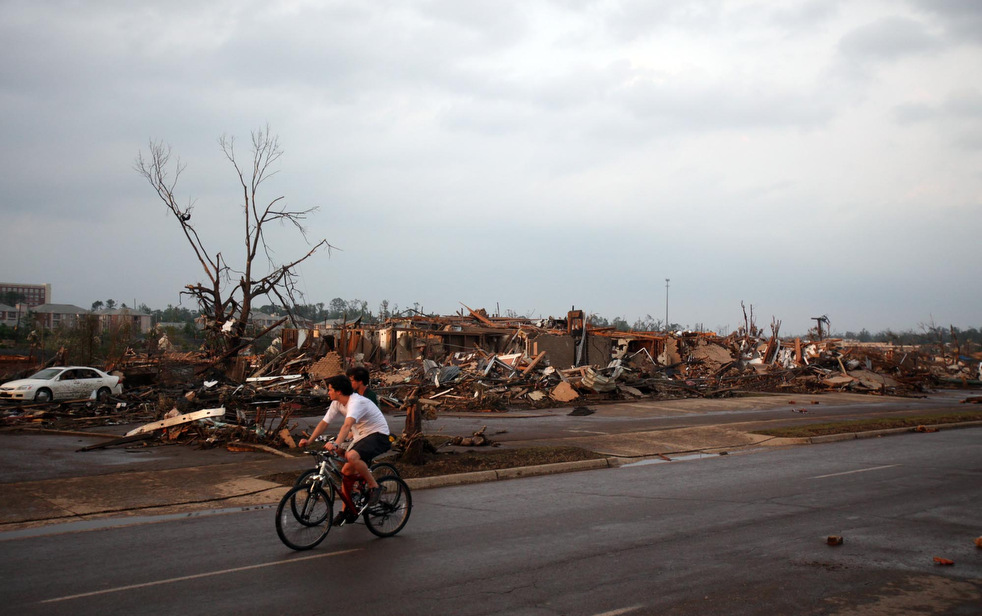 By Drew Taylor, The Tuscaloosa News

TUSCALOOSA –On April 27, 2011, James Spann stood in front of a green screen at the ABC 33/40 studio in Birmingham for hours reporting about the tornadoes sweeping through Tuscaloosa and the rest of the state.

However, it would be months before the popular meteorologist would make his way back to Tuscaloosa, where he grew up. When he finally did come, one of his first visits was to a heavily damaged area of 15th Street, where his broadcasting career first began in 1973.

“I used to work for the radio station, WTBC, on 15th Street,” Spann said. “That was my whole world.” 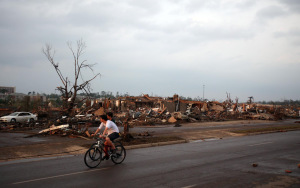 For Spann, who remains one of the most watched meteorologists in Alabama with more than 250,000 Twitter followers and 309,000 “Likes” on Facebook, Tuscaloosa still remains a special place for him. In 1966, he and his mother moved to Tuscaloosa, where they didn’t know anyone. He started fifth grade at Verner Elementary School. In 1974, he graduated from Tuscaloosa High School.

“This is a really special place for me and I will always be thankful for those people that helped me,” he said.

Spann said that after the tornado, he went through various stages of grief, becoming angry and depressed at the number of homes and businesses that were destroyed, as well as the 53 lives that were lost in Tuscaloosa that day.

“It took me six months before I even wanted to say anything about it,” he said.

Today, Spann is still dumbfounded by the devastation, not because of the 62 tornadoes that touched down in the state that day, but because of the 252 people who were killed in Alabama, many of whom Spann said died within walking distance of shelter.

“Some of it is our fault and some of it is the public’s fault,” he said. “We all have work to do.”

As far as the forecasts that day, Spann said the physical science could not have been more accurate and that there was a warning for every tornado, in some cases up to 45 minutes before it was scheduled to land.

However, Spann said a key component was missing. 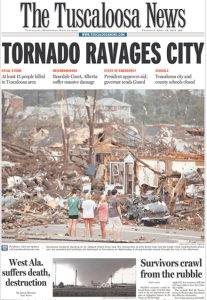 “What we learned was that we don’t know much about social science and human behavior,” he said.

Spann said that today, meteorologists depend more and more on social scientists to gauge how people get weather news. He said that reliance has been beneficial.

“We need to study and come up with some good notes for the next generation for when it happens again, because there is no book on it right now,” he said.

Spann said one scientist that has been crucial to this research has been Laura Myers, director and senior research scientist at the Center for Advanced Public Safety at the University of Alabama. In a story published Sunday in The Tuscaloosa News, Myers said it is not uncommon for people to become wary at the first signs of severe weather.

Because of such research, meteorologists have been able to focus more on legitimate weather threats, cutting down on the false alarm ratio by nearly half. Forecasters also use different online platforms to reach people that TV cannot.

However, Spann still takes all severe weather with caution.

“One thing I tell people all the time is if there is only one tornado in the whole state and it comes down your street, that could be your April 27,” he said. “You don’t want to focus on these generational things.”

Spann said in the meantime, he and others will do all they can to report the weather accurately and emphasize the importance of being prepared for bad weather.

“The sole motivating factor of the rest of my career is to fix what went wrong that day,” he said.