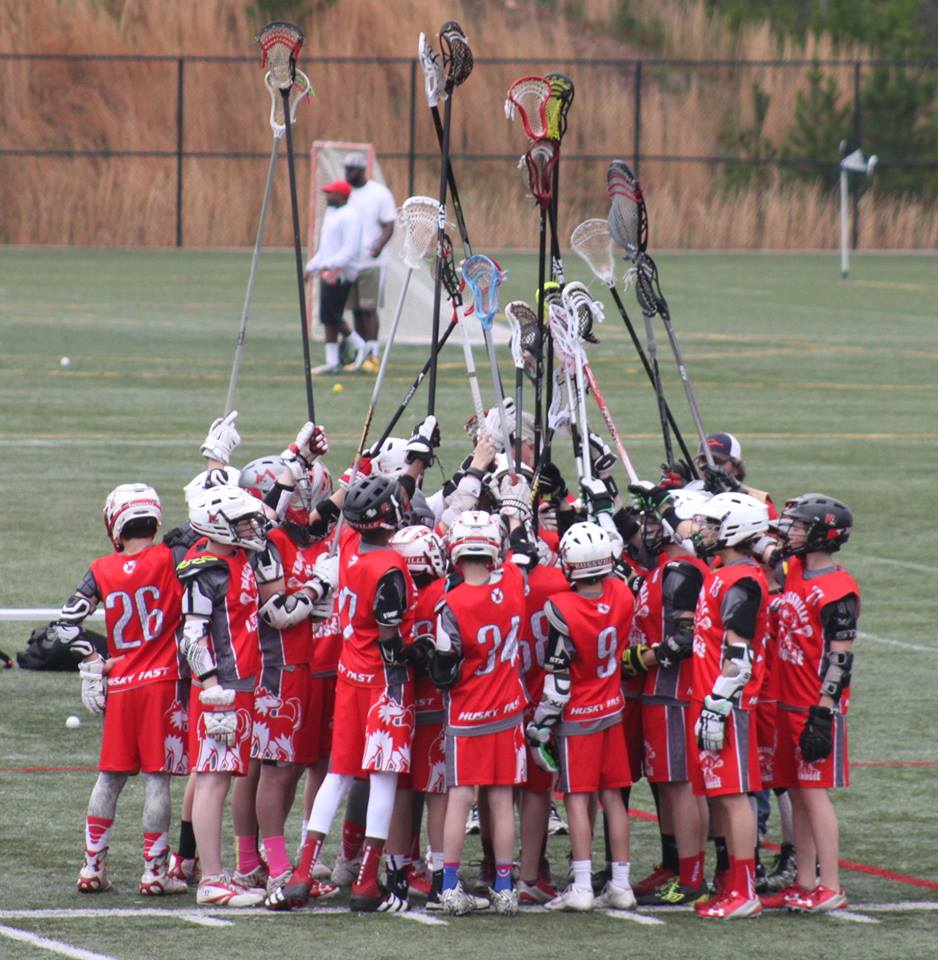 TRUSSVILLE – The Trussville Huskies lacrosse team entered its state semifinal matchup Tuesday night with a single loss – delivered by the foe staring at them from across the field, the UMS-Wright Bulldogs. 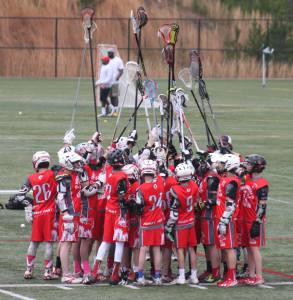 The Huskies and Bulldogs battled like heavyweights, tied through regulation, before Alex Tran scored a sudden-death goal to give Trussville a thrilling 10-9 win.

But early on, the 10-1 Huskies looked like they’d be victimized again. The top-ranked Huskies trailed the Bulldogs 3-0 after the first five minutes of play.

It got worse. Carter McAlpin scored for the Huskies to make it 3-1, but from there the teams matched goal for goal and UMS-Wright held a 6-3 lead at halftime.

The Huskies had to dig down deep, as the Bulldogs built an 8-4 lead in the final period.

As coaches Kris Knisley and Jamey Curlee rallied the troops, McAlpin, Alex Tran and Ben Wedlun took on the challenge. McAlpin quickly scored to make it 8-5. After MVP Mitchell Peterson, with his 14 out of 18 faceoff victories, passed to Ben Wedlun, and another score, it was 8-6.  Another faceoff win and some more patient offense, McAlpin again fired a rebound shot past the goalie to make it 8-7.

As time ran close to three minutes left, Wedlun ran the crease for a beautiful close range shot to tie the game.  UMS-Wright responded with two minutes left to take a 9-8 lead, but it wasn’t over.  With under a minute left, McAlpin scored again to tie it 9-9 at the end of regulation.

After a tough back and forth battle in overtime, Campbell Holley knocked a pass down and got the ball to Peterson who ran like a track star down the field, quickly passed to Tran around the crease and Tran banged home the winner.

“What a testament to the hard work of our guys. This is why you NEVER give up!” Knisley said.

The Huskies will play Huntsville on Saturday at Birmingham-Southern College at 2 p.m.

“To start a program from scratch with only five players that ever even played lacrosse just two years ago is unbelievable,” Curlee said. “Imagine starting a football team with players that have haven’t even watched a game, then having to compete with the Birmingham, Huntsville, and Mobile teams is crazy.  But our boys have overcome all obstacles.  But we still have one more game!”