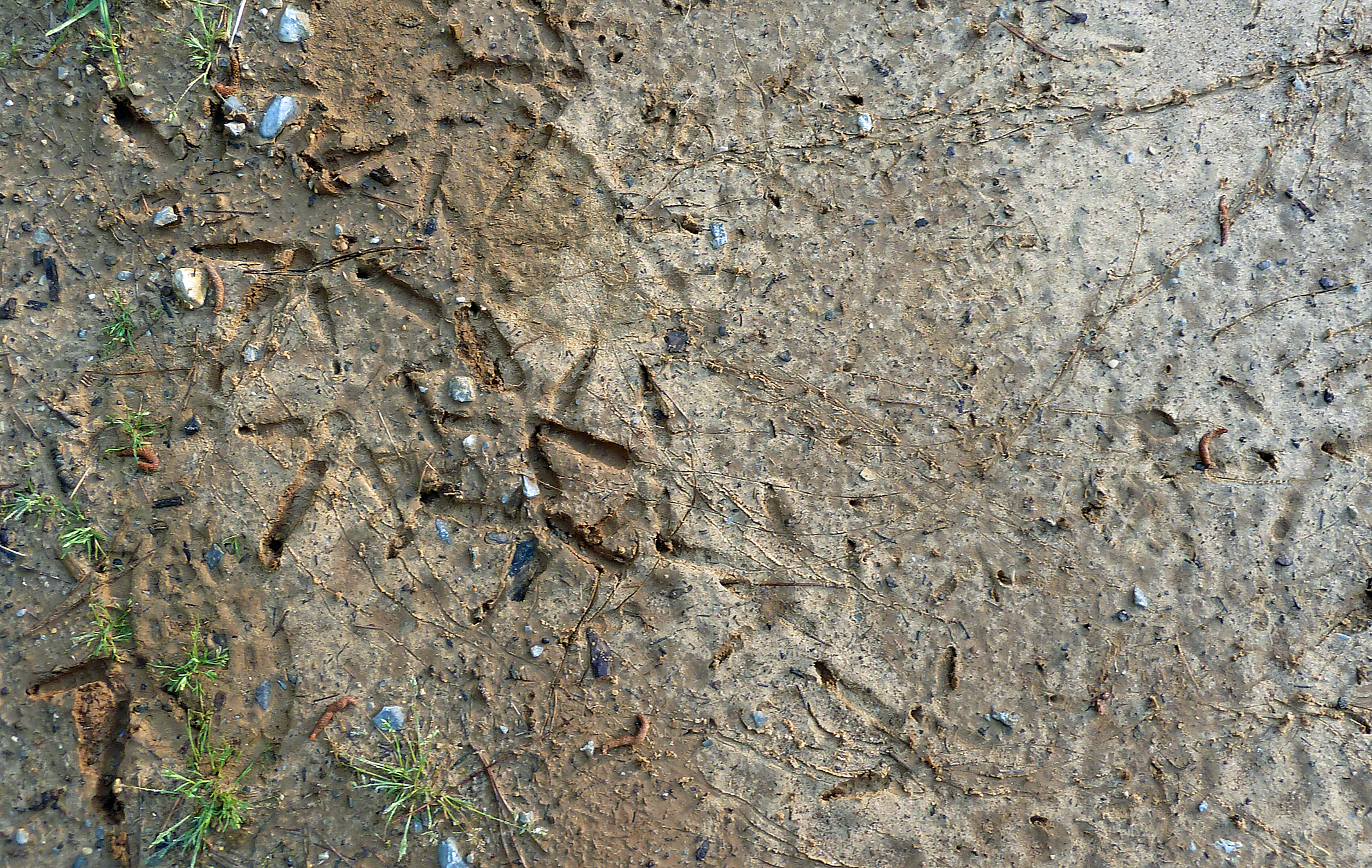 Sykes said he had reports of properties with plenty of turkey sign, like these gobbler tracks, and other areas that seemed to be devoid of turkeys. 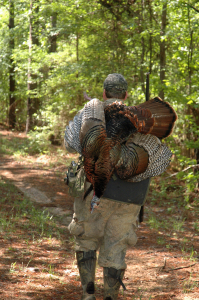 Chuck Sykes, Director of Wildlife and Freshwater Fisheries, bagged only one gobbler, but he helped other hunters take 10 turkeys this past season.

Sykes said the condition of the habitat appears to be the driving factor in the success or disappointment for the hunters.

“It just depends on the property you were hunting,” he said. “On one piece of property I hunted, there were trail camera pictures during deer season and trail camera pictures during the spring. But, they just didn’t gobble the days I hunted. That doesn’t mean the turkeys weren’t there, that disease had killed them or they just disappeared. They just didn’t gobble, and that makes for an unhappy hunter.

“For the vast majority of us, deer-hunting a turkey is not something we enjoy doing. We want to hear them gobble. We want to play with them. We want to make them call.”

The worst-case scenario is when the property does not support a huntable population of turkeys.

“On some property, there weren’t any turkeys there,” Sykes said. “At other places, turkeys gobbled their brains out. So it was all site-specific. Honestly, there may have been more turkeys in the ’80s, but I don’t know that for a fact.”

Sykes blames social media for much of the season of discontent. In the ’80s, very little information was distributed about turkey hunting success, and the veracity of that information was always extremely suspect.

“If somebody kills a turkey and posts a photo of it on Facebook, and 15 of their friends didn’t kill one, what does that do,” he said. “It makes them unhappy. Twenty years ago, you didn’t know about it. If you went turkey hunting and didn’t hear anything, you went to work.”

Sykes thinks social media has had the same effect on hunter satisfaction for turkey hunters as trail cameras for deer hunters.

“There are a lot of unhappy deer hunters because they can’t kill that 130-inch deer they are seeing from 11:30 (p.m.) to 3 (a.m.) on their trail cameras,” he said. “Twenty years ago we just hunted. We thought there was a good deer there. If we didn’t see him, well, we just didn’t see him. Now we get upset because the deer is nocturnal.

“It’s the same with turkey hunters. Some people are going to kill turkeys and some aren’t.”

“It’s the same,” he said. “It’s proper timber management with burning and wildlife openings. It’s also predator control. But the biggest key is brood-rearing habitat. Old field-style habitat with clover plots that produce a bunch of bugs. You want a two-year-old burn that has some understory where hens can successfully nest and bring off little ones. You want roads connecting to make it easy to get around and pick bugs. Then if there’s a problem, they can duck back in the bushes. To me brood-rearing habitat is the key to turkey numbers.

“It’s not 1,000 acres of big, over-mature hardwood forest that’s pretty and makes you feel good. People tell me they saw tons of turkeys in there during bow season. I said, ‘Sure you did. There were tons of acorns. What’s in there for them to eat now? Not much.’”

Habitat diversity is crucial to maintain a thriving wildlife population, according to Sykes.

“A monoculture is not good for anything,” he said. “For deer, turkeys, quail, you need that diversity. Places with diversity had good seasons. I know some folks who limited out (five turkeys) in the first two weeks of the season.

“As far as killing turkeys, I had a terrible season. I killed one, if that’s what you base the whole season on. But I’ve been on 10 other turkey hunts where turkeys were killed by people I went with and called for.”

Sykes said he has been keeping meticulous records of his turkey hunting for the past 20 years, and, while each season is different, the average result ends up being about the same.

“It has averaged 2.3 days of hunting per turkey shot at for the past 15 years,” he said. “I’m not bragging, but if I hunt for three days, somebody is going to shoot at a turkey. They may kill him or they may miss him. That’s just the way it’s averaged out.

Wildlife and Freshwater Fisheries has contracted with Auburn University to conduct a study on turkey dynamics in Alabama. Sykes said the researchers are smack-dab in the middle of the study.

“We’ve got some turkeys with transmitters that have gone on the nest,” Sykes aid. “We’ll see how successful they are. Hopefully, they’ll bring broods off that we can watch through the year. If something happens to them, we’ll know.

“This study is going to give us baseline data that Alabama has never had. We’re trying to look at nesting success, hunter harvest and brood success. There are a lot of things we don’t know. We’ve got a pretty good idea, but we need the scientific data to back it up. In a couple of years, we hope to be able to have some answers.”

Some of the people I’ve talked to, like Dan Moultrie and two-time calling champion Larry Norton, contend there are a lot more turkey hunters in the woods these days, and the turkeys are responding to the added pressure.

“When we were growing up, you had to learn how to turkey hunt,” Sykes said. “You had to learn the biology of the critter, what they needed and where they were going during certain times of the spring.

“Back in the ’80s, you’d be in a hunting club, and there might be two people who hunted turkeys. Let’s just say it was a good year and you killed 10 turkeys off your 3,000-acre club. Now there may be four sure-enough turkey hunters and 10 that might just go sit on a food plot every once in a while. Those 10 turkeys may have turned into 20 turkeys. That’s a reality, but that’s not the problem. The problem is recruiting more turkeys, which goes into proper habitat management with more brood-rearing habitat.

“Don’t get me wrong, I’m glad there are more hunters out there. I hope we get more. But people have to understand that with more hunters and hunting pressure, we have to do more quality management. You’ve got to have better data so you can make season and harvest recommendations so we’ve got critters to hunt in the future.”