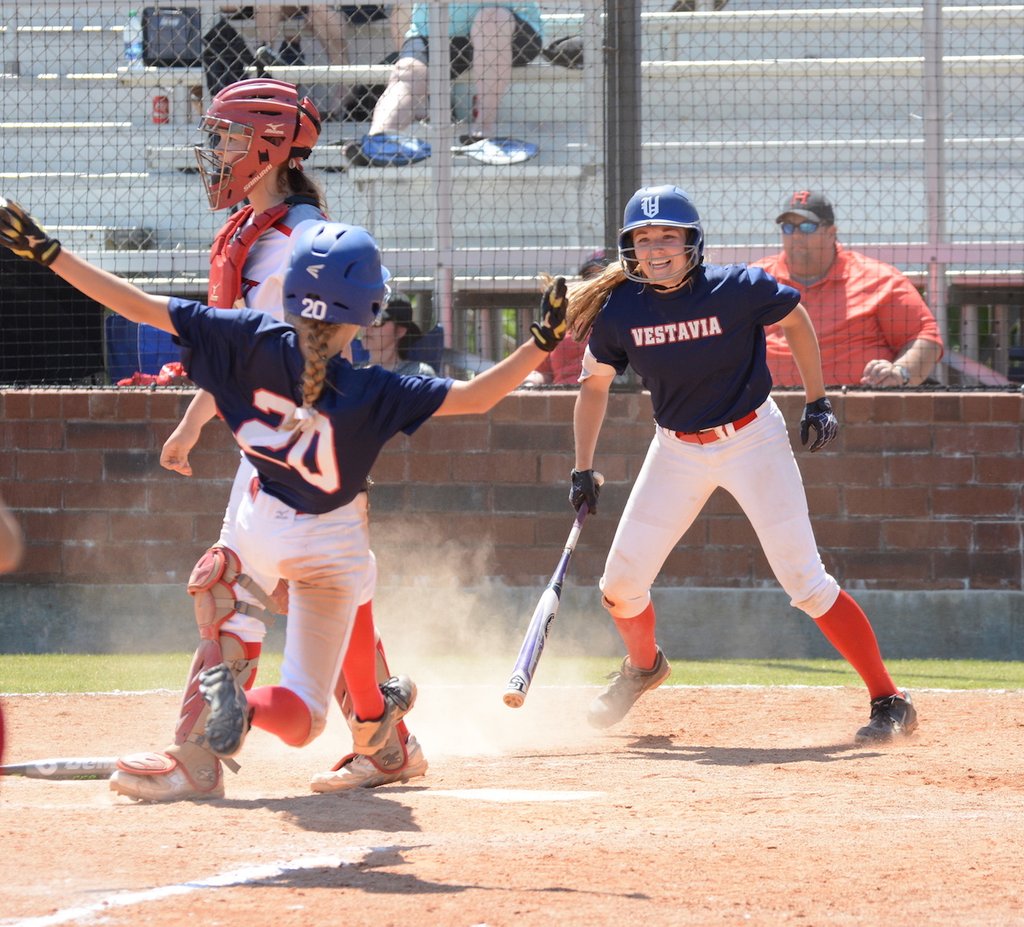 By Kyle Parmley, For The Tribune

HOOVER — It’s a shame that one team had to lose, but Vestavia Hills came out the victor in a de facto playoff game on Saturday afternoon.

The Lady Rebels took an extra inning to do so, but came away with a 12-11 win over Hewitt-Trussville in an elimination game of the Class 7A, Area 6 softball tournament, sealing their spot in Regionals. 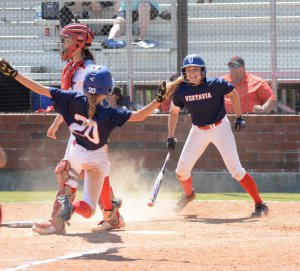 Vestavia Hills came from three runs down twice in the final innings, tying the game at 11-all in the seventh, before Mary Sanders James raced home for the game-winning run in the eighth.

To describe the game as back-and-forth would not be doing it justice. Both teams traded runs in the first inning, as Kailey Walters homered for Hewitt-Trussville and Jessica Perley drove a ground ball up the middle to score Merritt Cahoon.

The Lady Huskies struggled defensively in the bottom of the third, and Vestavia capitalized, putting up a 5-spot. Taylor Coe fouled off several pitches to keep her at-bat alive and hit a sacrifice fly to put her team ahead 6-1.

Hewitt-Trussville wasted no time putting up a 5-spot of its own in the next half-inning. Bailey Murphy coaxed a bases loaded walk, followed by two-run hits by Sara Borden and Hannah Borden to knot the game at 6-6.

The Lady Huskies loaded the bases once again in the fifth inning, and all three scored on the same play, as Walters’ sacrifice fly brought home one, and a subsequent throw sailed into the dugout, bringing in the other two runners for a 9-6 lead.

Vestavia scratched back to a 9-8 deficit after five innings, but the teams were not done exchanging punches.

Abi Inman ripped a two-run double for Hewitt-Trussville in the sixth, and the Lady Rebels’ RaeAnn King responded with a two-run blast to left field, leaving the score at 11-10 heading into the seventh.