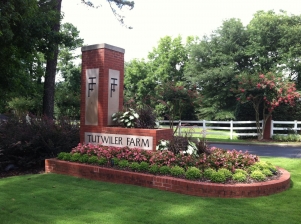 TRUSSVILLE — The most heated debate at Tuesday’s Trussville City Council meeting was over an ordinance to allow O’Reilly Auto Parts to move next to the Tutwiler Farm subdivision. 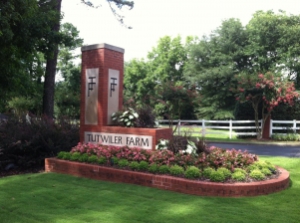 An estimated half of this week’s meeting attendees were residents who were in disagreement with a commercial property moving in so close to their subdivision. The intended site was to be on Highway 11 at Trussville Executive Park, where according to Lee Jackson with Butler Properties in Athens, Georgia, the nearest home to the site would be 1000 feet away.

“All requirements and restrictions have been reviewed and will be strictly adhered to,” said Jackson. The store intended to operate from 7:30 a.m.-10 p.m., which were adjusted hours from the initial indication that the location would be open 24 hours a day.

According to Council President Montalto, when the issue came before the Planning and Zoning Committee, they recommended denial before the Council.

Before the public hearing on the matter came up, Councilman Alan Taylor said he would be abstaining from both the discussion and the vote.

“I’m not abstaining because I’m a resident of Tutwiler, but because I have a relative that’s part owner in the lot itself,” said Taylor. “I want my neighbors to know I’m not just ignoring this, I think it’s the right thing to do.”

Property owner Jerry Tortorigi said there are underground storm drains on the property, which you’re unable to build on, but it is an acceptable surface for parking.

Tutwiler Home Owner’s Association Bob Lowery said that there’s been a lot of activity in and around the subdivision over the last year, but that he didn’t think Tortorigi practiced “due diligence” in knowing what was under the property he purchased.

“That’s Trussville Executive Park, not Trussville Auto Park,” said Lowery. “I would like to remind the Council that this is part of the transition district coming into downtown Trussville. I want to know a difference when I come out of Birmingham and into Trussville, and in front of an executive building is not the place for this.”

Other residents expressed concerns with the influx of traffic that would be inevitable from people turning around in their neighborhood or coming on and off of Highway 11, so close to the entrance to the subdivision.

When it came time to vote, Montalto said he understood the concerns of the residents, as the development is on the same side of Highway 11 as the neighborhood.

“It certainly puts a different light on the situation, rather than being across Highway 11,” said Montalto.

“It’s not that we’re against development, but we feel like you’ve encroached way too much on our neighborhood,” said Barbra Harrison, resident of Tutwiler Farm.