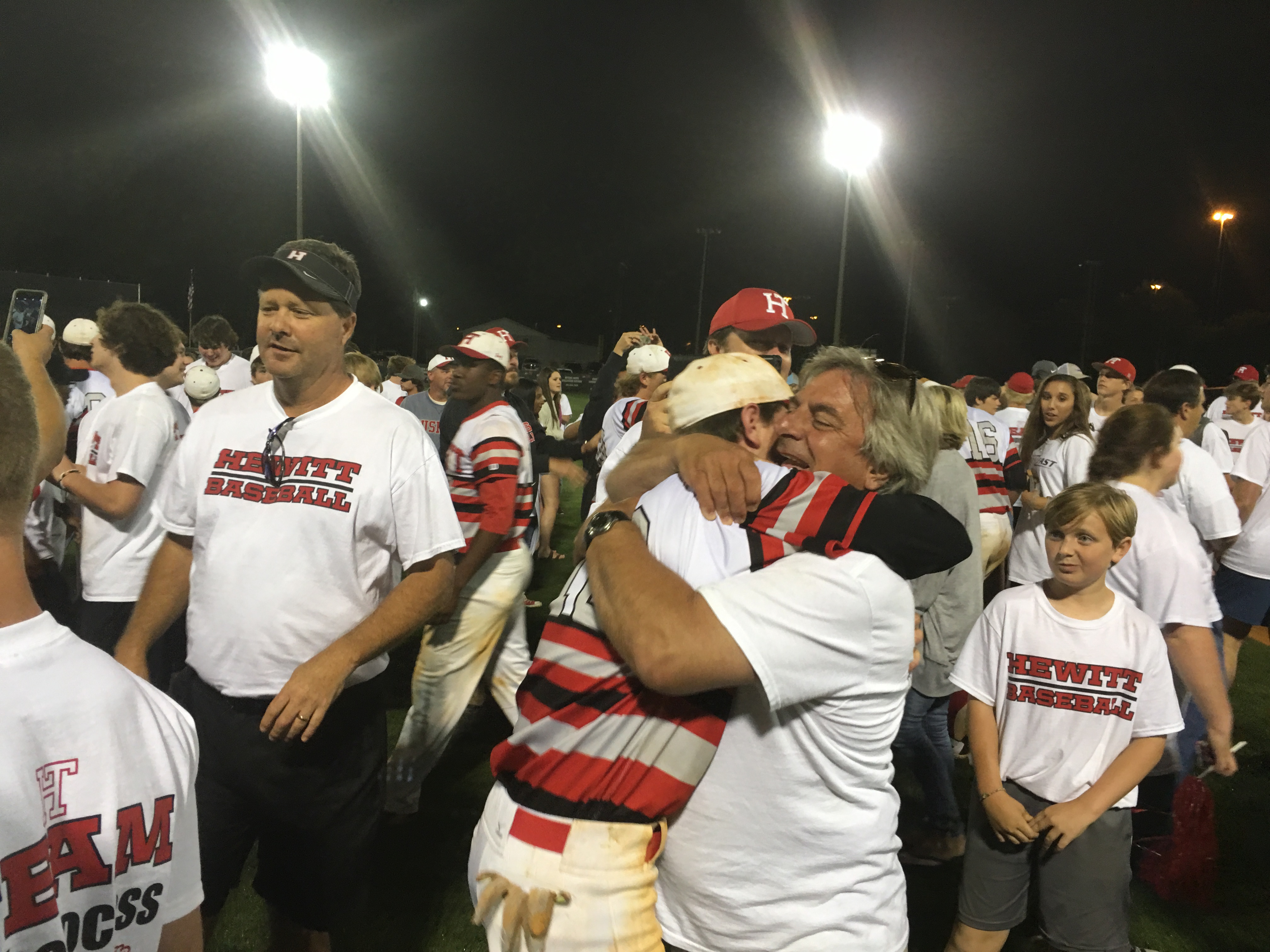 TRUSSVILLE – The Sparkman Senators entered Friday’s Class 7A state baseball semifinals as the state’s top-ranked team. They left Phil English Field with nothing but disappointment.

The Hewitt-Trussville Huskies, behind gutty, clutch pitching and daring baserunning, swept past the Senators 6-3, 4-3 to advance to the state finals in Montgomery next week. 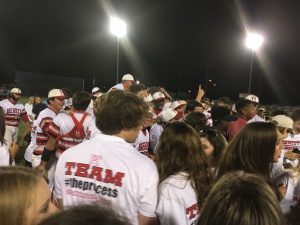 “It was a matchup of two different teams,” said Hewitt-Trussville coach Jeff Mauldin. “They’re power-hitting, power-pitching, and we’re a little more finesse. I felt like it was a good matchup for us. We put them in a situation I think they hadn’t been before.”

The Huskies broke out of the gate with three runs in the bottom of the first in Game 1. Ed Johnson was hit by a pitch with one out. He advanced to third on a passed ball and a throwing error. Jamison Stennis walked. Carson Skipper delivered an RBI single for a 1-0 lead. Nick Jackson ran for Skipper and was picked off, but Stennis stole third and sprinted home as Sparkman attempted to run Jackson down for a 2-0 lead. Keegan Morrow moved Jackson to second with a hit and Dylan Cook drove in a third run.

Meanwhile, Skipper survived a shaky first, bailed out largely by a throw by right fielder Cook that cut down a runner at the plate. Reid Powers touched off a blast over the left field fence to cut the score to 3-1 in the second. But Skipper retired 12 straight batters from the second into the sixth, keeping the Senators off balance. 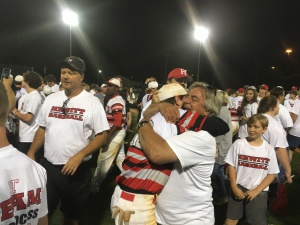 The Huskies added three more runs in the bottom of the fifth. Skipper got an infield hit, Morrow followed with a perfectly placed bunt single. A wild pitch and a throwing error by the pitcher allowed two runs to score, and Grayson Cash singled in a third run.

In the top of the seventh, Sparkman battled back as Alex Strachan smacked a two-run homer. But Skipper closed it out with his second strikeout of the game and a grounder to short.

In the second game, Sparkman jumped out to a 2-0 lead, but the Huskies answered with four runs in the third inning. Morrow’s two-run single gave Hewitt a lead it would not surrender.

Cameron Furr allowed just one more run as he went five solid innings, then Cameron Moore came in and slammed the door, striking out the side in the sixth after an infield hit and a walk with no outs. When he retired Strachan for the final out, his teammates, coaches and students rushed the diamond to celebrate the Huskies’ sweep and a trip to Montgomery.

This will be Hewitt-Trussville’s second appearance in the state championship series in four years under Mauldin.

The Huskies will face Auburn High which swept McGill-Toolen on Friday.

The teams face off Friday at 4 p.m. at Montgomery’s historic Patterson Field. Game 2 moves to River Walk Stadium on Saturday at 10 a.m., with Game 3 scheduled for 1 p.m., if needed.