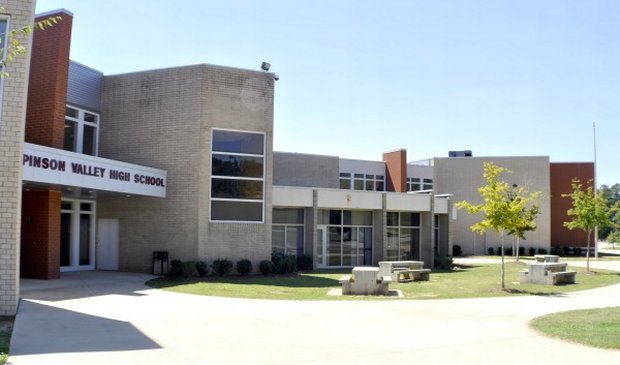 Community rallies at PVHS to save fine arts teachers

During the meeting, Principal Mike Turner made opening statements, followed by statements from three that either have children in, or have been involved in the fine arts programs that have been lead by Triola and Bearden. 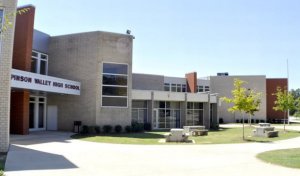 The first speaker following Turner said the band program at PVHS has seen a 30 percent growth under Adam Bearden’s leadership, with 75 instrumentalists and 112 students marching for the 2015-16 school year, and 90 instrumentalists and 133 marching projected for the 2016-17 school year. He also said the band program also boasts seven students who chose not to go into the IB program at Shades Valley, but instead to stay under Bearden’s instruction at PVHS.

Additionally there are a total of six students who have received college scholarships for music, which is five more than earned scholarships the last year Bearden’s predecessor was over the program. There are also 24 members currently in the band honor society.

“The festival brings in bands from all around and has a great reputation in the field,” said Johnson. “All these bands bring supporters to our city; they eat, shop, buy gas in our city, which brings money into our city. Every time we experience a leadership change, these bands have to stop and think whether they want to come to competition, and whether the leadership can maintain the same quality of competition.”

Johnson said overall it hurts the band, the band’s fundraising efforts and the City of Pinson.

Johnson also pointed out that Turner’s mission statement when he came to PVHS was achieve, respect and success.

“It’s a mission statement that we as parents support,” said Johnson. “These are attributes we all want our children to manifest as they move into adulthood. Bearden is an embodiment of his (Turner’s) own statement.”

Speaking on behalf of the theater department was Jacqueline Gibson, PVHS alumna and college student who has worked alongside Triola throughout the last year.

Gibson said that although she’s not a parent and doesn’t have a relationship with Triola outside of the school setting, she felt after spending extended periods of time with the students, that she would well represent their opinions.

“I’ve gotten to instruct and mentor students thanks to a man who instructed and mentored me,” said Gibson.

Gibson was one of a number of students that went to the Jefferson County Academy of Theatre and Dance, but chose to transfer back to PVHS to finish her high school career.

“Why would students leave a prestigious academy? Because there is a greater program here, that could better suit their needs,” Gibson said. “They felt there was a more personal touch here.”

Gibson moved on to address the growth of the theater department, saying that class enrollment for the theater program is up 22.3 percent within the 2015-16 school year alone, pointing out that if a school experiences a 20 percent or greater growth for three consecutive years, that school is then eligible for magnet status.

“Students will transfer from all over the county to be a part of that school,” said Gibson. “It not only affects the theater department, but the dance team and the band, because all aspects of fine arts are involved in theater.”

One prime example of this is PVHS’ production of Pippin, which used all facets of the arts programs at the school. Pippin also had the highest opening night attendance out of any production in PVHS history, according to Gibson.

“In Pippin we used every fine arts aspect of this school so all programs could be recognized for all of the hard work these students put in,” said Gibson.

Gibson closed to a standing ovation with the question: “If this is not the best, what is? If this doesn’t meet your expectations, what does?”

When it was time for the parents to offer comments and ask questions, after the situation escalated substantially, Pinson Councilman Joe Cochran made statements asking speakers to not ask questions in an accusatory fashion.

“I’m proud to represent this city and this school, but the way we’re conducting ourselves so far is inappropriate,” said Cochran.

Jefferson County Superintendent Craig Pouncy said that during last Tuesday’s board of education meeting, there were 91 county-wide non-renewals.

“No one was fired, non-renewals mean at the end of the day they may not have been successful teachers,” said Pouncy. “As the superintendent, I stand behind the principal, and I made the recommendations not to renew, so now it’s on me.”

The final person to make remarks posed the concern that it was rumored that at least one of the teachers found out about being pink slipped because his job was posted on the Jefferson County Board of Education website. Pouncey said that decisions were made on Tuesday but the board held off on releasing personnel reports until Friday, in order to give principals adequate time to have those discussions with the teachers being issued non-renewals.

“If there was an inadvertent posting, that was negligence on our part,” said Pouncey.

Turner said, however, the end goal is to “ensure that our students have a theater teacher and band director that continue the work that has been done by their predecessors.”