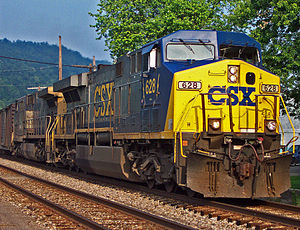 The remains were found in a creek, which runs parallel to two set of railroad tracks, located in the 3300 block of Reverend Abraham Woods Jr. Boulevard, which is in a commercial/industrial section of Birmingham.

The cause of death and identification of the person are both still unknown. At this time examiners have been able to determined the remains are those of an adult, white female, estimated to be 5’8” in height and 190-200 pounds at the time of death, according to coroner Bill Yates. She had straight dark hair, but eye color is unknown due to decomposition, and she had few teeth, and those that were present were in poor condition. She didn’t have any tattoos, but the left ear was pierced, and right earlobe was not observable due to decomposition.

Multiple pieces of orthopedic hardware were found in the front section of her skull, indicating that the deceased had some kind of brain surgery in the past. A healed “C-section” type scar was observed on the lower abdomen and all organs were found to be present, suggesting she had given birth in the past.

She was clothed in a blue, short-sleeved t-shirt with an orange “AU” Auburn University logo on the front, and a name, possibly “Leann,” was written on the tag in the neck of the shirt. She was wearing blue jeans and had menus for Bojangles, Pizza Hut and Magic Wok in the pockets of them, along with a black disposable lighter. She was wearing green color Hanes brand underwear with the initials “LS” written in the waistband, and also an adult diaper, with a bra pink or red in color. There was a bracelet made of elastic hairbands on the left wrist and a watch, pink in color, with pink tennis shoes.

Anyone with information about the identity of the deceased should call the coroner’s office.