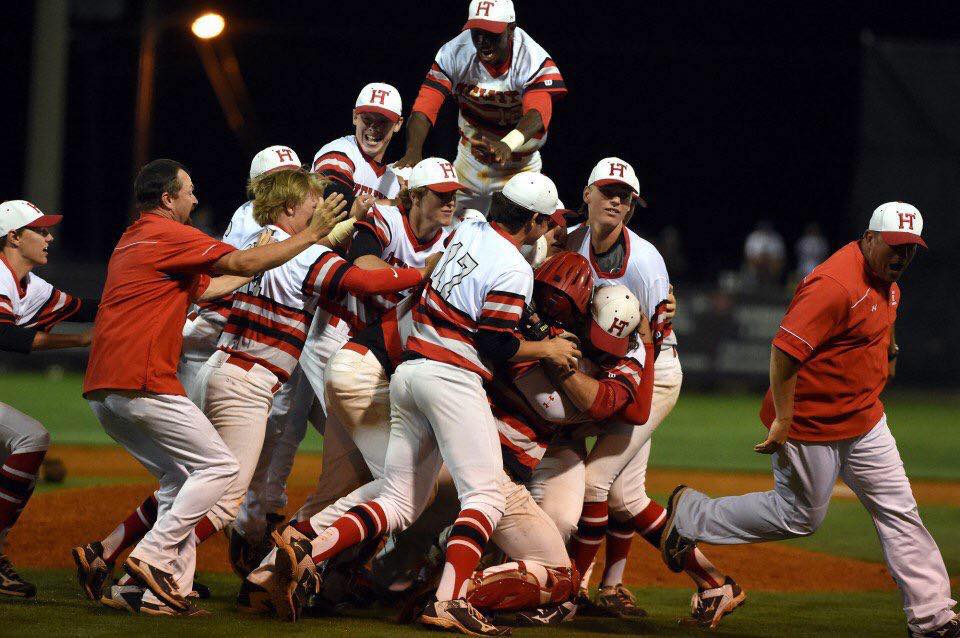 TRUSSVILLE — Are there two Cinderallas meeting in the Class 7A state baseball championship? 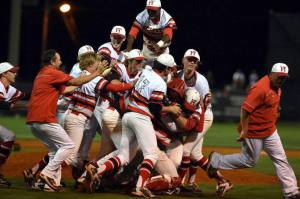 That might be stretching it a little. Though Hewitt-Trussville is looking for its first title, coach Jeff Mauldin took the Huskies to the 6A finals in 2013. Auburn won back-to-back 6A titles in 2009 and 2010.

But the Huskies missed the playoffs completely in 2015 and flew under the radar this season, seemingly, while Vestavia Hills, Sparkman and other schools garnered all the attention.

So both teams feel like they have something to prove to the world when they meet in Game 1 of the AHSAA Class 7A State Championship series, which begins Friday at 4 p.m. at Paterson Field in Montgomery. Games 2 and 3, if necessary, in the best-of- three format, move to Riverwalk Stadium on Saturday at 10:30 a.m.

But other than chips on their shoulders, the two teams are something of a contrast in offensive styles.

Auburn (32-11), under coach Matt Cimo, in his 24 season as the head man for the Tigers, has a superstar in senior Andrew Naismith. He’s got pitching to go with a power-hitting attack, too.

Hewitt-Trussville (34-11) is in the mold of many of Mauldin’s best teams, dating back to his state championship team at Clay-Chalkville. It’s tempting to be a little cute and call it “SMauldinball,” a play on his tendency to build his teams on “small ball” — speed, daring baserunning, bunting and solid pitching – so we’ll be a little cute.

But the Huskies are very sound defensively, have gap power if not a lot of wall-clearing power and this is, under the radar or not, one of the veteran coach’s best all-around teams. They proved it last weekend in sweeping the state’s No. 1 team, Sparkman, 6-3 and 4-3.

Auburn’s Naismith led the Tigers to a sweep over McGill-Toolen that same evening. He smacked three home runs in the doubleheader, leading Cimo to call him the best 7A player in the state.

On Friday, Naismith’s three-hit shutout on the mound and third-inning grand slam led Auburn to a 7-0 win against McGill in Game 1. In the second game, his two home runs and five RBIs lifted Auburn to a 12-0 win.

The 6-foot-3, 200-pounder has committed to Alabama State.

The team’s other ace pitcher is Ryan Watson. He tossed a five-inning shutout in Game 2.

On top of that, the Tigers played error-free baseball Friday.

Hewitt was charged with a couple of errors last Friday, but Mauldin was very pleased with the defensive effort. Right fielder Dylan Cook gunned down a runner at the plate in the first inning that seemed boost Carson Skipper’s confidence on the way to a complete game win. Second baseman Tyler Tolbert made a big-league backhand stop and threw out a potential baserunner. Skipper set down 12 of 13 hitters in the mid-to-late innings after the early struggles though he struck out just two.

At the plate and on the basepaths, the Huskies gave Sparkman fits. Mauldin’s style has always been to put pressure on the other team to make a play, and it pays off more often than not, When it fails, he tips his cap and the Huskies await their next chance.

In the nightcap, Cameron Furr overcame a shaky start in and Cameron Moore closed it out in dominating fashion for the save.

Locating pitches, not necessarily strikeouts, was Mauldin’s pitching strategy, and it paid off. He called Sparkman the best-hitting team in the state. He may be challenged by that by Auburn, but expect the same strategy again this weekend – pitchers hitting spots, runners forcing plays, solid defense and clutch hitting.

The Huskies will need all that to bring home the blue championship trophy to Trussville on Saturday.