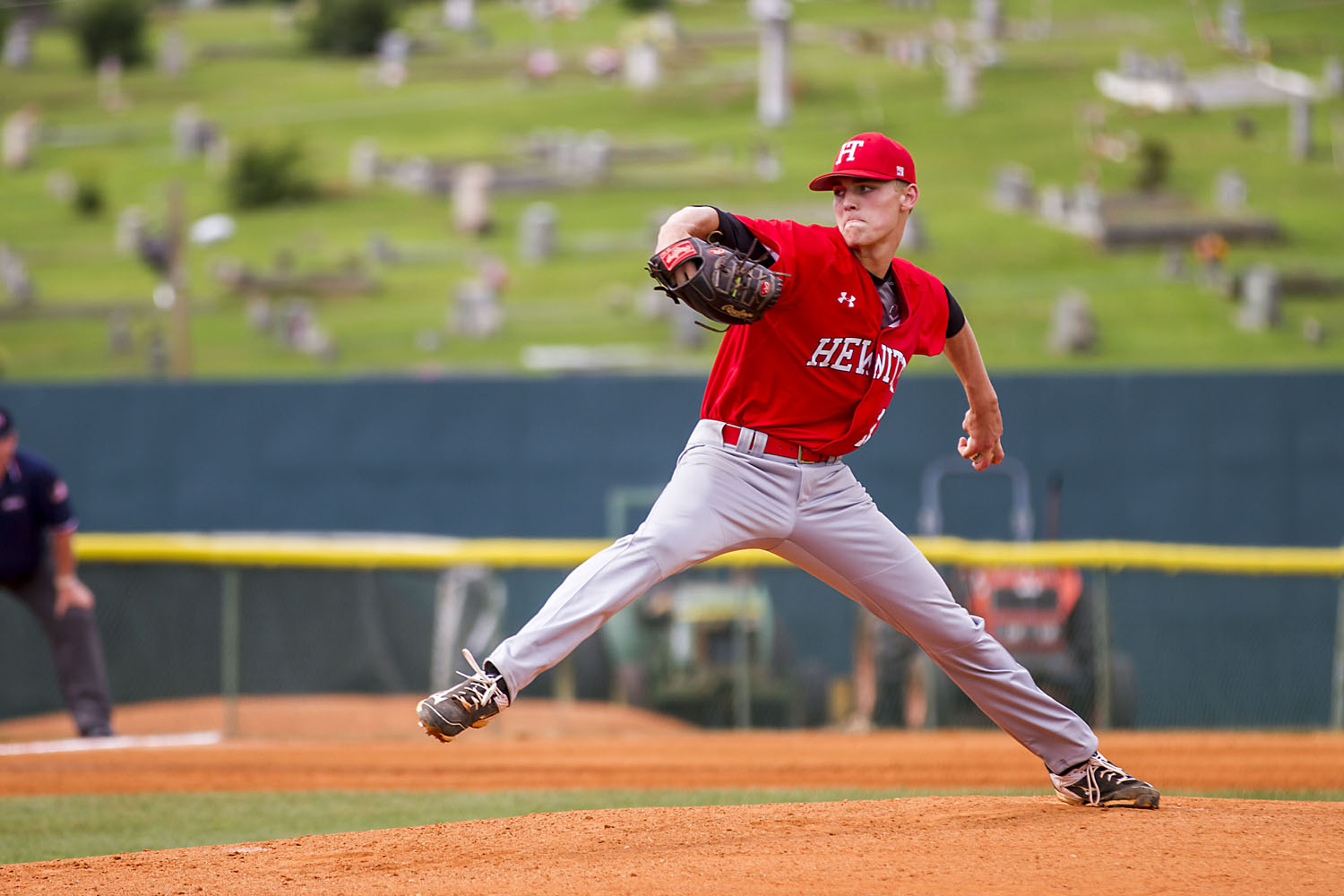 Carson Skipper powered through all seven innings to lead the Huskies over Auburn. Photo by Ron Burkett/The Trussville Tribune

But the Huskies had battled, working deep into counts, getting some walks — but not breaking through for a hit or a run.

But with the game tied 0-0 in the fifth, the Huskies scratched out an infield hit, worked a couple of walks and then Keegan Morrow drilled a ball deep into the left-center gap to clear the bases to give the Huskies a 3-0 lead. Carson Skipper’s stellar pitching effort made it stand up the rest of the way in a 6-0 win in Game 1 of the AHSAA Class 7A state championship series at Paterson Field. 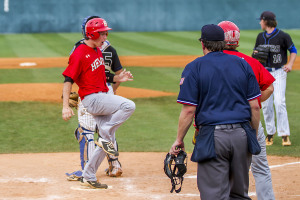 The Huskies and Tigers meet Saturday at 10 a.m. at Riverwalk Stadium. If necessary, Game 3 of the best-of-three series will follow.

Hewitt is looking for its first state baseball title. Auburn has three.

Naismith has been a beast on the mound and at the plate in the playoffs. He tossed a shutout and belted three home runs, one a grand slam, in last weekend’s sweep of McGill-Toolen. But he struggled with his control Friday, walking four and hitting a batter in his five innings.

The Huskies finally made him pay for that when Dylan Cook refused to give up on his topped grounder toward third baseman Harris White. White fielded the slowly hit ball cleanly but Cook beat the throw by an eyelash for the Huskies’ first hit. With one out, Grayson Cash drew a walk. Tyler Tolbert drove a fly out to deep left and it looked as if Naismith might escape again. But Ed Johnson walked on four pitches and Morrow jumped all over a Naismith offering, blistering a high fastball to the left-center wall, and three Huskies scurried home.

Energized, Skipper struck out the side in the bottom of the fifth and the Huskies put up three more runs in the sixth via “SMauldinball.” A Skipper single led off the inning. Justin Booker laid down a perfect sacrifice bunt that forced a slightly high throw that the first baseman couldn’t handle and courtesy runner NIck Jackson sprinted to third. A passed ball allowed him to score, and then Cash singled home courtesy runner Michael Rodriguez. Cash stole second, went to third on the catcher’s throwing error and came all the way home when the center fielder fired the ball past third base in an attempt to nab the speedy Cash. 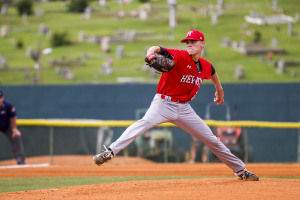 Carson Skipper powered through all seven innings to lead the Huskies over Auburn.
Photo by Ron Burkett/The Trussville Tribune

Skipper allowed only his second hit in the sixth, an infield hit, and allowed a leadoff single in the last of the seventh but the sophomore retired the next three hitters to close it out.

He struck out eight and walked none to win his 11th game of the season, a school record.

“I thought both pitchers were really dominant early,” Huskies coach Jeff Mauldin said. “I thought the guys did a good job of looking for their pitch. I told them after the fourth inning that if we kept getting guys on base, someone would come though. Keegan had the huge hit for us.

The Huskies take the 1-0 lead overnight needing one win. Auburn will send senior right-hander Ryan Watson out for Game 2 Saturday.

“We’ll approach tomorrow like we did today,” the coach said. “Tomorrow’s just the next game.”