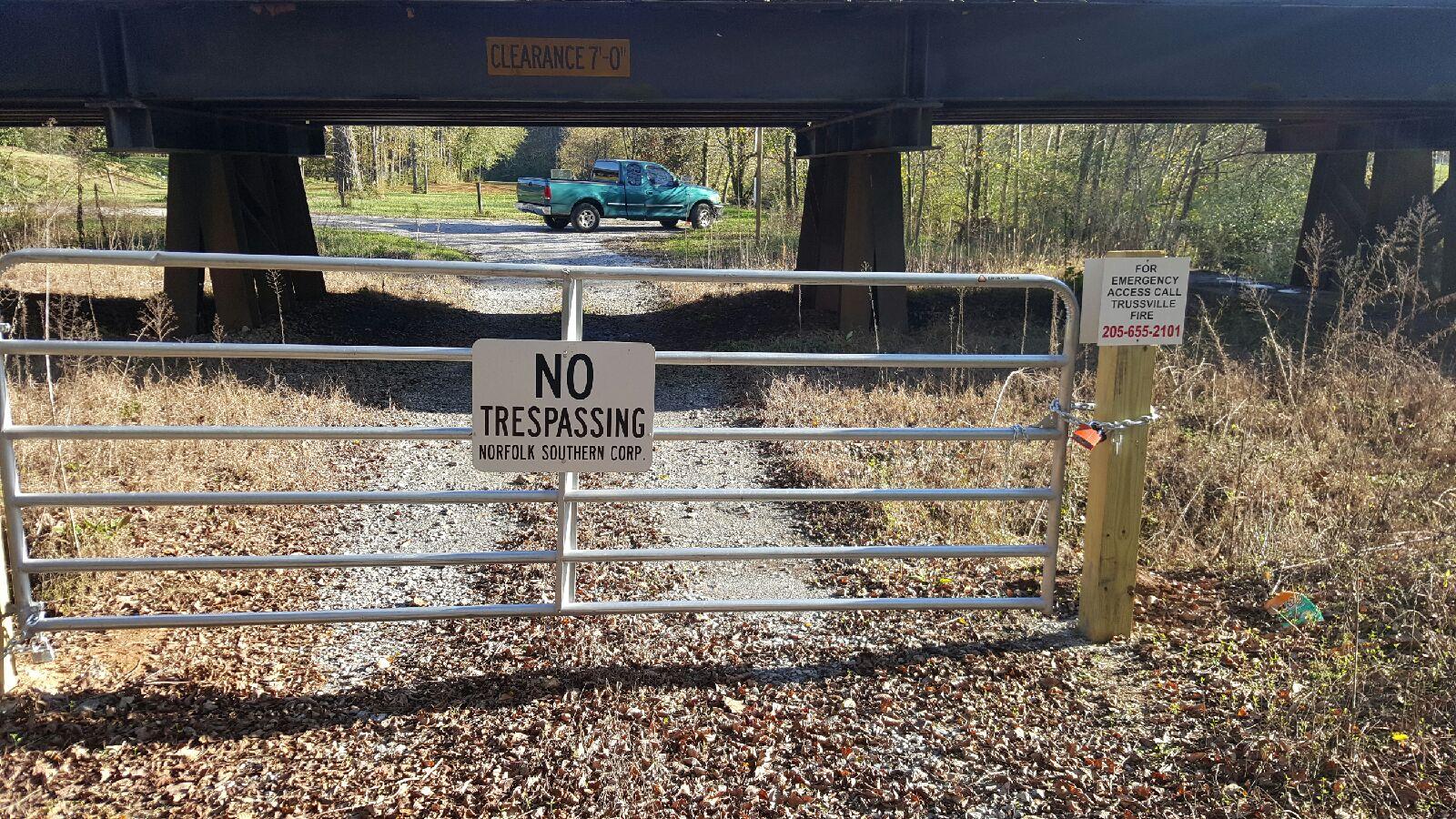 A back road to a walking trail along the Cahaba River was used as an alternate entrance by Trussville Springs residents, but it was recently blocked off. Photo by Scott Buttram

TRUSSVILLE –The lack of a permanent entrance to the Trussville Springs neighborhood continues to plague residents.

Friday morning, a train was blocking the only available entrance between the subdivision and U.S. Highway 11 at 5 a.m.  Residents remained stranded until a temporary entrance was opened by Trussville Fire and Rescue at 7 a.m. 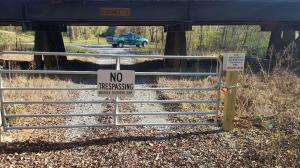 A back road to a walking trail along the Cahaba River was used as an alternate entrance by Trussville Springs residents, but it was recently blocked off. Photo by Scott Buttram

A dirt road at the southern edge of the neighborhood that gave residents an alternative way out was gated and locked in 2015, but was to be made available in the case on emergencies. The road passes under the train tracks and exits on Hwy. 11.

Residents said they made calls to the city and requested that the gate be unlocked only to be told that the city no longer had a key.

“When I called to ask for help, she (a city employee) got really loud with me,” one Trussville Springs resident waiting at the blocked entrance said.

At about 7 a.m., officials arrived from Trussville Fire an Rescue and told The Trussville Tribune that they would open the gate.

Chief Russell Ledbetter confirmed that TFRD does have a key to the gate.

“I’m not sure where the disconnect came, but we do have a key for emergencies,” Ledbtter said. “We can only open it for emergencies and a train blocking the tracks is an emergency.”

Even with the temporary access open, the pending rains could create new problems. The secondary road lies in a flood prone area that has seen water levels rise above car doors.