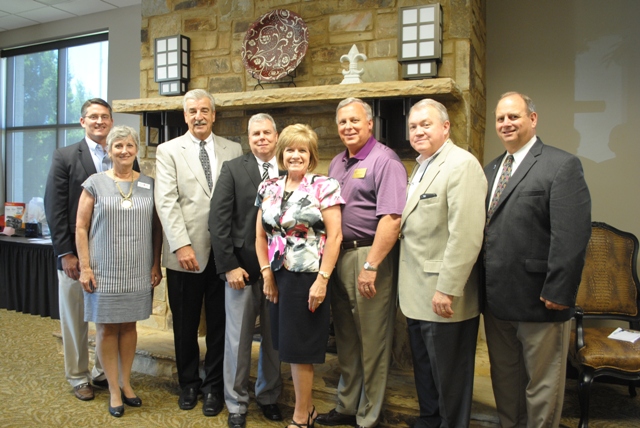 TRUSSVILLE – Associate Engineer Lance Taylor from the Alabama Department of Transportation presented an update on roads in the area at the Trussville Area Chamber of Commerce (TACC) monthly luncheon. 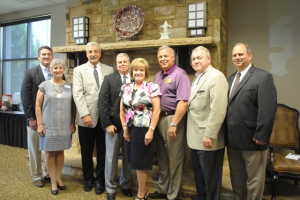 The luncheon was held on Thursday, May 19, at the Trussville Civic Center and was sponsored by Cadence Bank.
Taylor, a 23-year ALDOT veteran, is responsible for the oversight of all preconstruction activities including design, right-of-way acquisition, and utility relocation for the East Central Region.

Trussville residents in the group were pleased to hear that work on the Civitan Park might be completed as early as this fall, but perhaps as late as spring 2017. This project has been ongoing for several years. Taylor also reported that a ribbon cutting is planned for I-22 next month.

The chamber also recognized its May Customer Service Award recipient. The announcement was based on comments from Facebook: “A big ‘shout out’ to Starbucks in Trussville! I stopped in this morning and they were super busy. When my drink was ready I grabbed it, and it hit the counter, spilled, and made a huge mess everywhere! I’m sure it was my fault due to the fact I can be clumsy but the staff was so nice and accommodating. They said maybe they put the lid on wrong. They cleaned up the mess, helped me clean myself up, and made me a new drink, all the while with such friendly and positive professional attitudes! Wow! How such kindness from a business in a situation like that can make your day go better!”