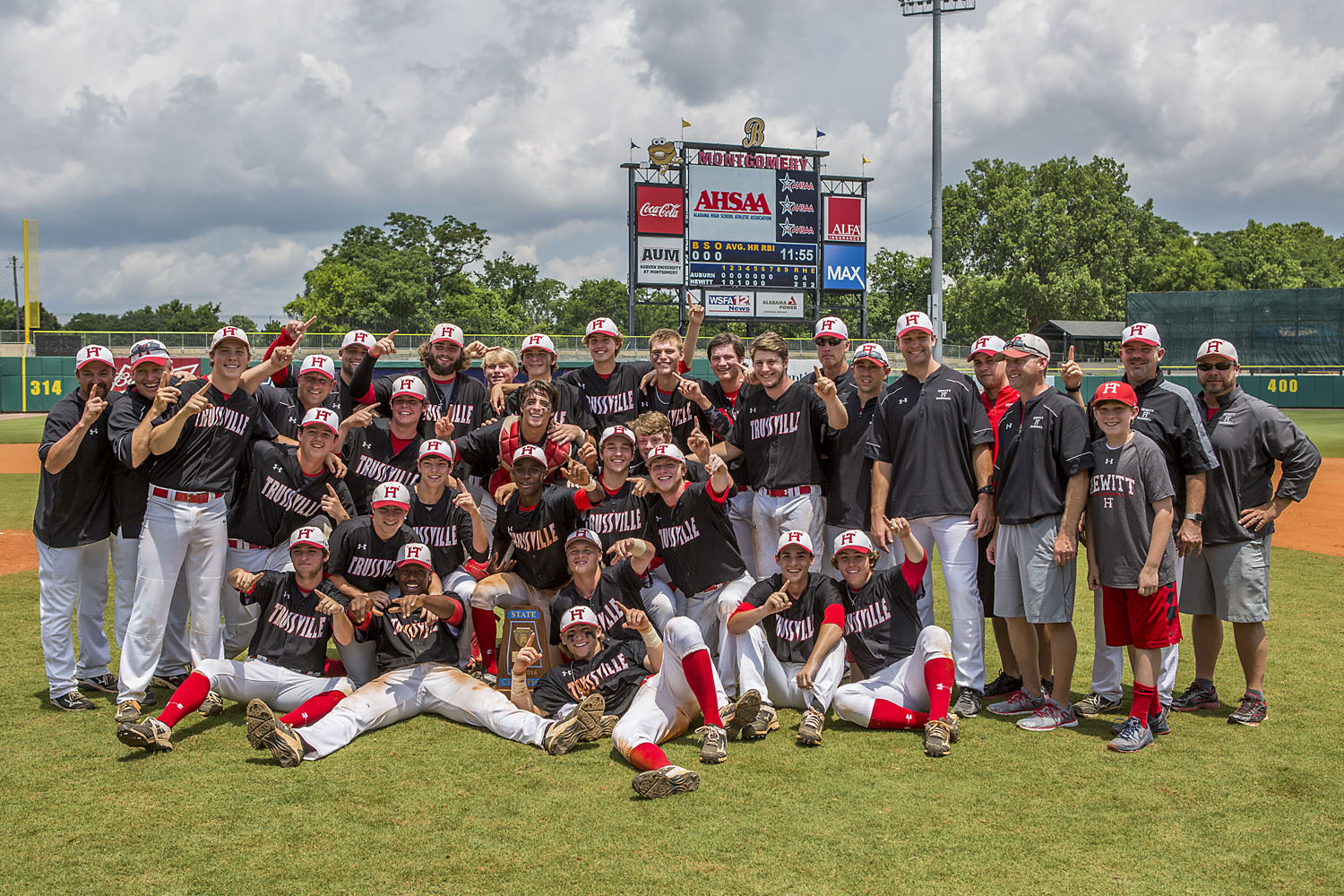 MONTGOMERY — No doubt about it — Huskies rule!

The Hewitt-Trussville Huskies rode their dominant pitching, daring baserunning, solid defense and clutch hitting to one final win — a 2-0 victory over Auburn High Saturday at Riverwalk Stadium in the Class 7A baseball championship series.

It is the Huskies’ first state baseball championship.

Cameron Furr picked up on the mound where series MVP Carson Skipper left off Friday. Furr allowed four hits, struck out four and walked none as the Hewitt pitchers completed a shutout sweep over the Tigers. Friday, Skipper allowed three hits, fanned eight and also walked none in a 6-0 win. Skipper added an RBI single in Saturday’s game, a run that gave his pitching mate a two-run cushion and helped him earn the MVP honors. 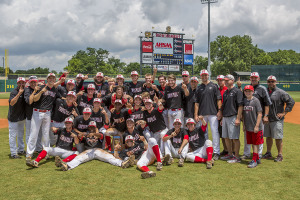 “Everything was working for me,” Furr said. “From the beginning I had all three pitches working,” said the junior, who finished the season 8-1. “We felt they had trouble with the curve ball. I watched Carson pitch last night and just went with the same approach.”

He had two jams to work out of, most notably in the fourth inning. A leadoff infield hit — the first hit he’d allowed — was followed two outs later by another infield hit. But after a conference with coach Jeff Mauldin, he induced a grounder off the bat of Noah Barnes that Ed Johnson gobbled up and fired to Skipper to retire the side.

“After that, I had a lot more confidence,” Furr said.

A leadoff single in the sixth combined with a fielding error put a runner on second. The runner advanced to third on a groundout, but Furr got the 3-hitter, Austin Triplett, to pop out in foul ground to Skipper and the clean-up man, Bradley Northcutt to tap out to Johnson to kill the threat.

Hewitt broke out on top right out of the box in the bottom of the first against Auburn’s Ryan Watson (5-1). Tyler Tolbert raked a single, and while the Tigers were returning the ball to the infield, the speedy second baseman never slowed down, charging right on to second base. 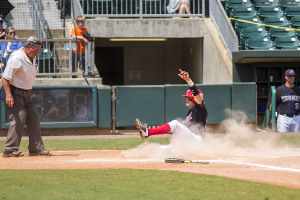 “We call that, ‘Eyes up,'” Mauldin said. “He’s done that twice this year, once against Vestavia in the area playoffs, and he’s 2-for-2. He’s looking for the infielders to have their backs to the bag and not playing attention. It’s a very gutsy play.

Tolbert moved to third on a wild pitch and scored on a groundout by Johnson.

Hewitt added its second run in the third inning. Tolbert led off again with a base hit but was caught stealing. With two outs, Keegan Morrow singled and stole second and Skipper brought him home with a bloop single to left just over the shortstop’s outstretched glove.

That was all Furr needed.

Before the top of the seventh, the starters gathered around first base for a little team meeting. 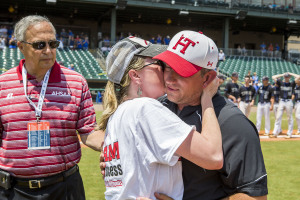 And they did, bringing the school its first state baseball championship in Mauldin’s fourth season at Hewitt-Trussville.

Mauldin tipped his cap to his two starting pitchers, but also to the huge Trussville contingent that made the trip.

“To look up in the stands and see 1,000 people or so from Trussville was just huge. Our community is awesome ts supporting our athletics program. It’s easy to play when you have support like that.”