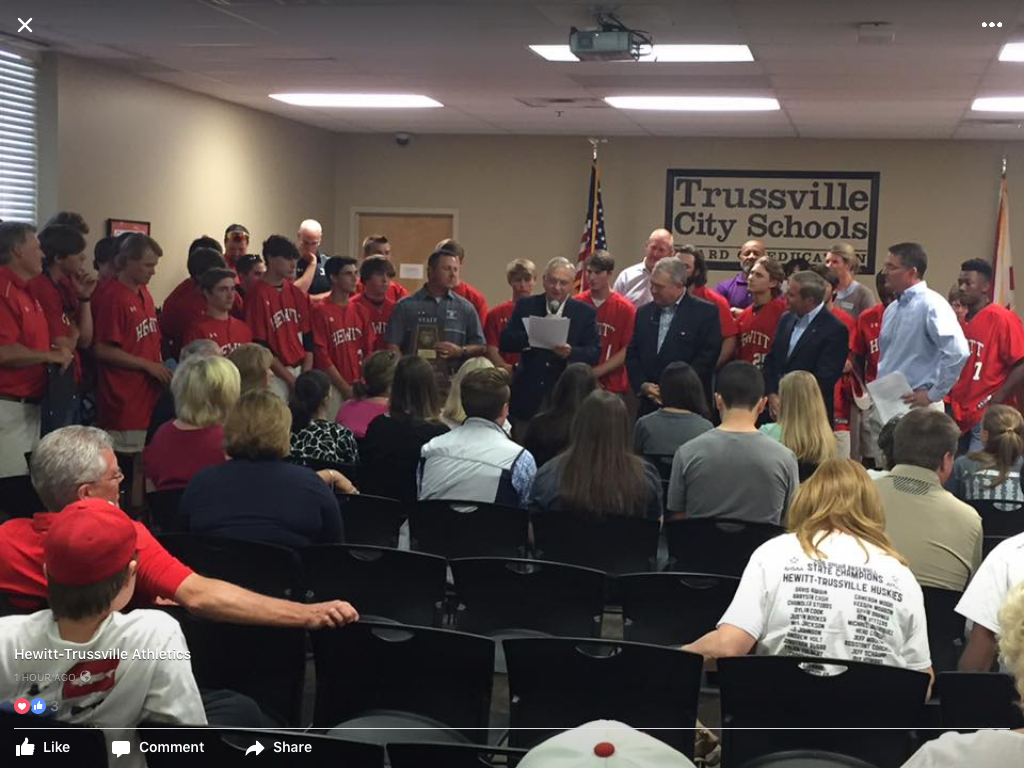 HTHS students recognized by Trussville Board of Education

TRUSSVILLE — Many Hewitt-Trussville High School students were recognized for their athletic, academic and artistic achievements at the Trussville Board of Education meeting on Monday, May 23.

The HTMS Baseball Team was recognized by the board for their win in the 7A State Championship in Montgomery. The baseball team won their first state baseball title in their school’s history and set a school record, with 36 wins and 11 losses.

They also received proclamations commending them from the City of Trussville and Governor Robert Bentley.

“This community is awesome to play and live in, because of all the support you receive,” said coach Jeff Mauldin. “We hope to continue the success we have here.” 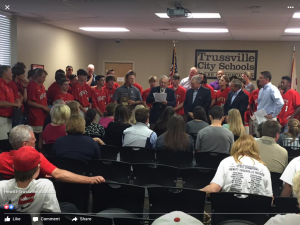 HTHS students from the Hewitt-Trussville Engineering Academy placed at the Intel International Science and Engineering Fair in Phoenix Arizona. Travis Gunn and Eli Greene won 3rd place in the Physical Energy Category for their project, Renewable Power Trekking Pole for Green Electric Generation in Extreme Outdoor Locations. There were 350 projects submitted in their division, and 1,800 projects submitted overall. According to superintendent Pattie Neill, this is the third time in three years that students have placed in this competition.

Three students from the Entrepreneurship class in the Academy of Business and Finance placed out of 200 participants in the Junior Achievement of Alabama Business Plan Challenge. Carlee Bennett, Emily Leonard and Jarrod Turnbow represent two of the six projects that were selected for the final round. As finalists, these students will also have the opportunity to attend the Junior Achievement Spirit of Free Enterprise Luncheon.

Twelve members of HTHS Future Business Leaders of America placed in the top four spots in several events at the FBLA State Leadership Conference. All students who placed have qualified for nationals.

The first class of students to receive their volunteer firefighter certification were also recognized.