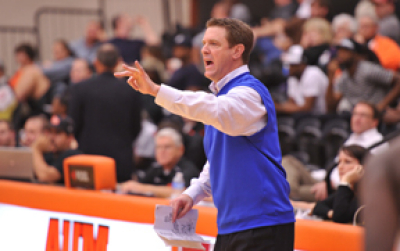 Sanderson will lead the Lion basketball program, beginning with the 2016-17 season. He replaces Jason Shelton who resigned earlier this month after 11 seasons with the school. 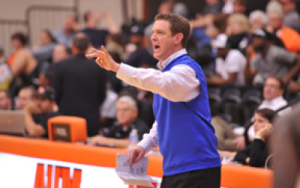 The former Faulkner University coach brings a 481-296 career record, ranking him among the top 10 most-winning coaches in NAIA basketball history. In addition, Sanderson has been named conference coach of the year five times and was named national coach of the year in 1999.

Sanderson also has a national championship to his credit to go with six conference tournament championships. His last Faulkner team posted a 29-6 record in 2013 and made the NAIA National Torunament.

Hired as the Hewitt-Trussville High School basketball coach prior to the 2015-16, Sanderson was relieved of coaching duties before the season follow a parent’s complaint.

Players and parents rallied to support Sanderson, filling the board of education chambers to plead their case, but to no avail.

He then spent the basketball season as a volunteer coach for Ramsey High School in Birmingham where he helped head coach Kelly Cheatham take the the team to the Final Four and posted a 23-12 record.

Sanderson said the trials of the past season have helped prepare him for the next stage of his career.

“I’m just happy to be back on the floor,” Sanderson said. “Jill and I are grateful for the opportunities that God continues to provide and we’re excited about what lies ahead.”

A former Hewitt-Trussville player, Glenn Horsely, said he was happy for Sanderson and expressed gratitude for his influence.

“Coach Sanderson is a great coach and pushed us to become men,” senior player Horsely said. “Everyone needs to be pushed and reach our potential in life. That’s what he tried to teach me in the Hewitt-Trussville basketball program.”