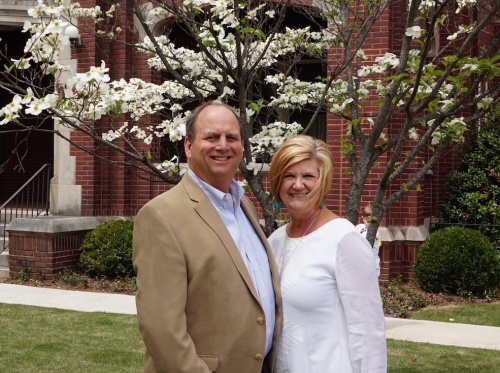 Posted By: Online Editoron: May 31, 2016In: Political
Print Email

He outlined his vision for the City of Trussville in January of 2016 at Veterans Memorial in Civitan Park, alongside dozens of local leaders, friends and family.

Montalto currently serves as the President of the Trussville City Council, and is also employed by Jefferson County Schools as the Director of Student Services. Prior to working in this position, he served as Principal and Assistant Principal for several local schools including Hewitt-Trussville High School and Hewitt-Trussville Middle School.

Montalto has lived in the city of Trussville for more than 28 years. Over the past decade, he believes it’s been exciting to see Trussville cultivate into one of the fastest growing cities in the state. He has decided to run for Mayor because he believes the next four to eight years are crucial for the city. Montalto believes Trussville is at a pivotal crossroads, which is especially true in relation to strategic planning.

As Mayor of Trussville, Montalto would focus on three sustainability measures:

Montalto is going to roll out a campaign involving a detailed growth plan. It will inform Trussville residents about the vision and exciting changes he sees for the city, which will enhance economic development while maintaining the community relationships that city residents enjoy.

Montalto is hosting “Ask Anthony” sessions at the Parish Seafood & Oyster House every first Monday of the month at 5:30 p.m. (beginning in February and running through August).

Residents are invited to come discuss their questions, concerns, and ideas with Anthony as he also takes time to discuss his focus for the campaign.

During his high school years, Montalto had the honor of being elected as the SGA President of Woodlawn High School in 1973-1974, which is the year the new movie ‘Woodlawn’ is based on.

He recalls the summer of 1973, when they had a week long football camp where they stayed the entire week in the gym and had three-a-day practices. It was during those days, alongside Tony Nathan and the rest of the team, where his coaches truly emphasized the importance of having faith, the courage to work alongside others and leadership skills. He hopes to bring these life long lessons into the position of Mayor.