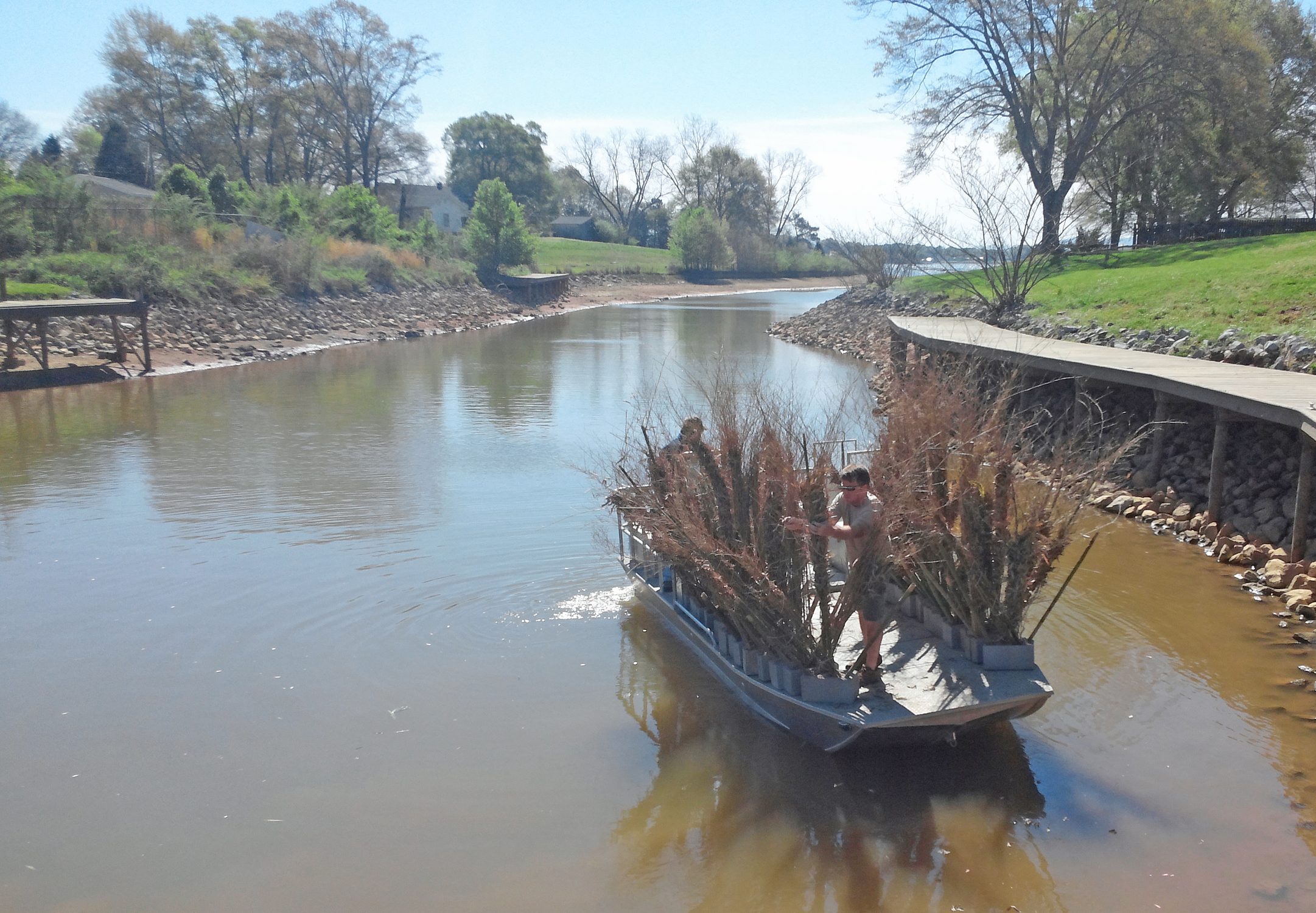 Most freshwater anglers know if you’re not getting hung up occasionally, you’re not fishing in the right spot. Species like bass and crappie are most often found around structure of some sort.

That is the reason the Alabama Wildlife and Freshwater Fisheries (WFF) Division created the Habitat Enhancement and Restoration Team to increase the chance of success for anglers in numerous bodies of water throughout Alabama. 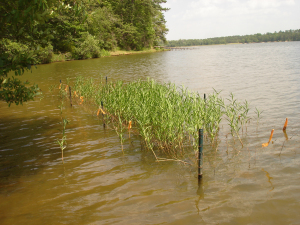 “We established the program in late 2014 and started doing work in 2015,” said Kyle Bolton, WFF’s Fish Habitat Coordinator. “Since the program started, we’ve put out a little more than 1,000 structures. Most of those have been used for fish attraction as opposed to fish production. We are starting to move into fish production enhancement, things like planting native vegetation.”

Bolton said 200 Christmas trees were deployed in Dallas County Lake, and a large artificial habitat project with about 300 structures was completed at Fayette County Lake, which has been drained for renovation and will reopen in 2018.

Bolton said 50 bamboo structures have been placed in West Point Lake, Lake Jordan and Logan Martin Lake. Another deployment of bamboo structures is scheduled for Upper Bear Reservoir on Bear Creek on the border of Marion and Franklin counties.

Wildlife and Freshwater Fisheries also develops partnerships to provide enhancement on a number of lakes and reservoirs.

“We’ve partnered for the past few years with Alabama Power to put out Christmas trees on Lake Martin,” Bolton said. “This year we put about 200 trees on Lake Mitchell on the Coosa River.

“Then we partnered with Alabama Power, Weiss Lake Improvement Association and the Cedar Bluff High School bass team to put out 40 bamboo structures on Weiss Lake.”

“Those are really good at attracting crappie and they will attract bass,” Bolton said. “We usually put them in 10 to 20 feet of water.”

Bolton said there are no buoys or other markers for the fish attractors, but the locations are marked with GPS coordinates that can be accessed on outdooralabama.com’s interactive map. Go to http://conservationgis.alabama.gov/dcnr/ and check the fishing box. Then click the plus icon to expand the choices. Check Freshwater Fish Attractors and icons with a fish and hook will pop up on the map. Click on the icon and the coordinates for the fish attractors will pop up.

“It will also tell you how many fish attractors were put out, the depth and the date the attractors were installed so you can tell if it has been in there long enough to attract fish,” Bolton said. “It usually doesn’t take long.”

“Those irrigation pipes are limber and will kind of curve when they come out of the cinderblock, and it kind of looks like a spider, which is why they call them spider blocks,” he said.

“The Porcupine Fish Attractors are really good at attracting bass,” he said.

Bolton said WFF staff will start monitoring the success of the fish attractor program in 2017.

“A lot of places where we have attractors we already have fish data,” he said. “We have some of our standardized electrofishing sampling sites. After we put the structures out, we’ll go back after a certain time and sample those again to see what our catch per unit difference is. We’ll also possibly do some SCUBA diving on those structures and/or some underwater surveys.

“We’ll monitor the longevity of the structure and the ability of the structures to grow periphytons. Periphytons are a mixture of algae, cyanobacteria and microbes that attaches to pretty much all submerged surfaces. That’s a food source for invertebrates and smaller fish, which is part of what attracts the larger fish.”

One part of the fish habitat enhancement program is to supplement natural vegetation with planting of preferred species.

“We have started a pilot project where we plant buttonbush,” Bolton said. “We have 50 plants each in Lake Martin, Smith Lake, Logan Martin and Weiss Lake. We hope they will eventually spread. They’re all over Smith Lake, but we’re trying to plant them in areas where they’re void of them.

“This pilot project is to see if they survive. If they do, that’s going to be really interesting habitat enhancement that we could use.”

“We’re shooting to do that again this year on both Smith and Martin,” he said. “Water willow provides refuge for all types of juvenile fish. Hopefully that refuge will allow those fish to recruit to catchable size.

“That’s more a fish production aspect of the program. The same goes for the buttonbush, which should provide cover for nesting.”

In the next fiscal year, Bolton said the program will expand its fish production efforts with the use of pea gravel to form spawning habitat for a variety of fish species.

“We plan to use the pea gravel in Gantt Reservoir and Point A Reservoir in Covington County near Andalusia,” he said. “Historically, they have been really good bream fishing lakes.”

Because of funding limitations, WFF Fisheries relies on volunteers to get the most out of the habitat enhancement program. Most of the funding for the program comes from Sport Fish Restoration Funds. Some funding also comes from freshwater fishing license plate sales.

“We try to get bass clubs, schools, local homeowners and boat owners associations involved in these habitat enhancement projects,” Bolton said. “A key aspect in any habitat program is developing partnerships.”

“You can actually be fined for doing that,” he said. “For those folks interested in doing that, I would recommend they contact the local homeowners and boat owners associations or whoever manages the reservoir, like Alabama Power, the U.S. Army Corps of Engineers or TVA. Probably the best thing to do is contact me if you’re interested in putting out fish structures.”