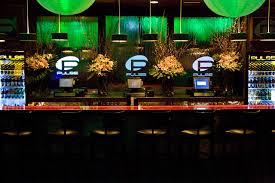 ORLANDO, Fla.  –Orlando, Fla., police are reporting 50 people have been killed and 53 wounded in a shooting in an Orlando nightclub early Sunday morning.

The Federal Bureau of Investigating the incident as a possible act of Islamic terrorism.

The shooter has been identified as Omar Mateen, of Ft. Pierce, Florida. Mateen’s parents are reportedly of Afghan decent and are Muslim.

The nightclub, known as The Pulse, is a well known gay nightspot in the central Florida city. Police said the gunman was armed with an “assault-type rifle” and a handgun. He was killed inside the club.

Multiple outlets are reporting that Mateen made a 911 call prior to the shooting, referencing the Boston Marathon bombing, and pledging his own allegiance to ISIS.

At a press conference on Sunday morning, U.S. Rep. Alan Grayson said Mateen was a United States citizen, but that his family was not.

“More likely than not that it was an ideologically motivated attack,” Grayson said. “It’s not coincidence the attack took place where it did and when it did.”

Public Affairs Specialist with the Birmingham FBI also released a statement by email following the attack:

There will be a prayer vigil on Monday at 6 p.m. at Linn Park in Birmingham. Anyone who attends is invited to unite in prayer and song to lift up those still wounded, as well as the victims that have already passed. This will be the first time that Birmingham City Hall will be draped in a rainbow flag.

“The Alabama Law Enforcement Agency has been briefed by the FBI and the Department of Homeland Security regarding the tragedy in Orlando. The act of terror appears at this hour to be an isolated incident with no known immediate threats. However, Alabamians should be on alert, especially when attending large mass gatherings throughout the state. As always, if you see something, say something. Report anything suspicious to the Alabama Fusion Center. ALEA Secretary Stan Stabler is receiving regular briefings as the situation unfolds.

The taking of innocent lives is always a hate crime, and any act of terror is a threat to everyone’s security. Alabamians are strong in love and in faith, and I ask the people of our state to pray for the Orlando families, for law enforcement and, yes, for our enemies. We remain diligent in protecting the safety and security of all Alabamians. ”

A Go Fund Me account has been started to assist the victims of the shooting, which has raised over $1 million in just one day. All proceeds will help the victims and families of the victims.